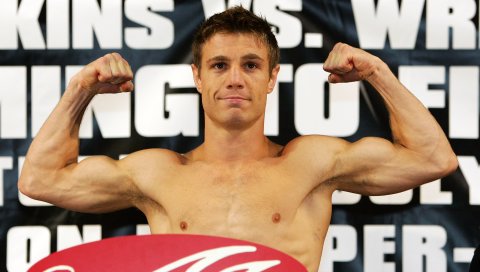 THE BOXING WORLD IS A BUZZ WITH NEWS UFC MEGASTAR CONOR MCGREGOR has been granted a boxing license in the state of California. It’s the beginning of speculation of a possible showdown with boxing’s number one man Floyd Mayweather, despite Maywether being currently retired.

In the interim, the wheels are in motion for Mcgregor to make his boxing debut in California – the biggest question, who will be in the opposing corner?

“Without any disrespect to a man who’s physical achievements are of a world champion -Conor you compete in MMA,” Michael Katsidis said.

“Boxing is man against man and started back when time began.

“You have just disrespected the entire sport to challenge the pound for pound best.

“The CSAC on Wednesday granted Connor McGregor his license to box professionally in the state of California, so Mc Gregor has stepped from the octagon and wants to step it up a lot of notches and come into the ring.

“Well that’s my territory, my weight and my belts and titles he would be after, so his manager Attar has said have the right people call, I am the right person and I’m calling.

“Octagon is one thing, boxing ring another, Mc Gregor is spruiking two belts in two weight divisions, he stood in the ring demanding his new belt be brought to him, I want to see if he can come take one of mine.

“I have three and I’m also an Olympian, HBO fighter of the year, if McGregor “The Notorious” wants to come into my sport let’s see how he goes coming up against ‘The Great.’

“The Great V The Notorious – that’s fight of the year right there, waiting for your call back McGregor lets do it.”

The news of Mcgregor being granted a boxing license prompted Katsidis to pick up the phone and make contact with Brendon Smith.

“Michael was the phone to me all weekend proclaiming this is a fight he wants to pursue,” Smith said.

“He asked me if I could make it happen, so I will explore it.

“Conor McGregor is a megastar in UFC and will bring plenty of hype with him.

“Michael is no stranger to attention himself – he won the hearts of boxing fans in the America and across the World because of his fighting style and his personality.

“Conor McGregor needs to fight a personality and Michael certainly fits the bill.

“Michael is a big name in California, he’s well known across the World.

“Add to that – he’s one of the most exciting fighters in the World.

“Katsidis vs McGregor is a very realistic proposition in my opinion so I will make plenty of inquiry.

“It would be a spectacle for the fans, not only the fight itself but the lead up – they would make for an interesting press conference that’s for sure.”