Mayweather-McGregor: Well done to all those that made money! 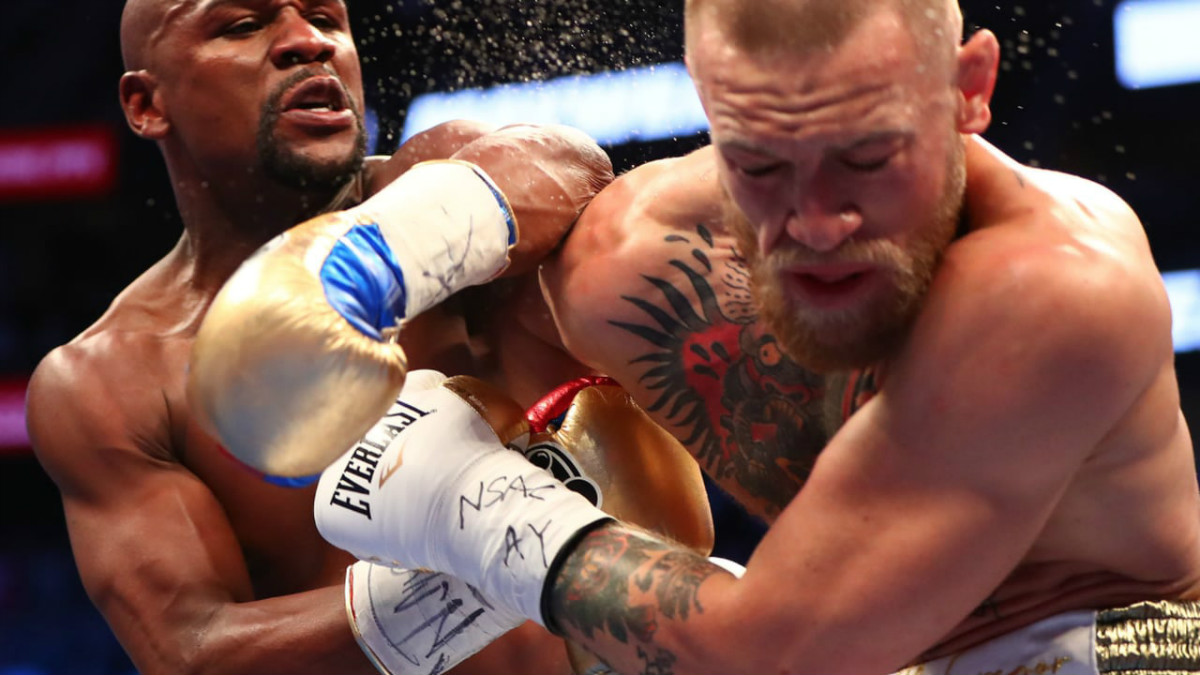 Mayweather cruises to easiest career victory against boxing novice, McGregor, in Exhibition event, the headlines should have read.

After a shambolic build up, with money grabbing Television Networks pumping all their air space with so called expert opinions on how this fight would be entertaining, competitive and a collision of two men at the top of their game. Last Saturday we were taken on a ride having paid to watch a non-contest. (I’ll comeback to the TV people later).

I, having woke up by chance at 5am, decided to watch the big money event, after having previously refused to fall for the con. Well, I wish I didn’t bother, from round one it became apparent that Conor McGregor cannot box to the levels required to be a professional and would of been beaten by all of the World’s top 50 at 154 lbs. As an overview, Floyd (50-0) did nothing for 3 rounds, McGregor got tired, Floyd played with him until he decided everyone had had their monies worth and then called an end to the night and, hopefully, Conor McGregor’s (0-1) boxing career with it.

As, for some reason (money), this fight was sanctioned by the relevant boxing boards, it counts towards Mayweather’s professional record. Meaning he now surpasses the record he shared with Rocky Marciano. Who, lets be clear, was fighting in an era of extreme racism and was probably given his fair share of decisions by referees, judges and the boxing organisations. Whether this is the case or not, his last fight was in 1955 and not really relevant, in terms of a comparison, with today’s sport. Therefore, I have no issues with Mayweather holding this record.

There’s been quite a lot of post fight feedback suggesting the match-up was close. It wasn’t. Here I’ll look at the most common arguments.

“Didn’t he do well to last 10 rounds with the G.O.A.T?” No, he lasted 10 rounds because Floyd wanted the fight to last 10 rounds. The fight could have ended whenever Floyd wanted it to, he didn’t get out of neutral until midway through the fight. By which point McGregor had gassed out (as predicted) and feather fisted Mayweather (who hadn’t knocked anybody out (don’t count Ortiz) since Hatton in 2007)) forced the Ref to make a decision and end the fight by a TKO.

“McGregor landed 111 punches, that’s more than Pacman”. Firstly, Manny famously struggled to land anything at all on Mayweather, other than strikes to his arms and gloves, over 12 rounds. Secondly, Floyd is used to fighting live opponents who present a chance of causing him some trouble and rightly avoided trading. Which brings me on to my third point, Mayweather was happy to stand and trade in the centre of the ring with McGregor. This resulted in the punches totalling up to 111. If you want to cling to that as a success, you can, but most would see this as Floyd Mayweather showing absolutely no respect to his opponent’s power. Lets not forget, Conor McGregor’s army were adamant as soon has he landed a left it would be all over.

To be clear, I have no problem with Conor McGregor. This isn’t a dig at him. I can agree with the comments that his fans have taken hostage of and support the claim that he’s a good businessman. However, that wasn’t ever in question. That was the only single thing that made sense about this match-up. However, the fact is, retired or not, McGregor should have been nowhere near Floyd Mayweather in anything other than an Exhibition. The governing bodies that sanctioned this circus should be ashamed. How could they / can they justify sanctioning this fight? If, after spending the first 3 rounds checking McGregor’s power, Mayweather wanted to end the fight in the 4th, he could have. If he wanted to toy with him for the full 12 rounds he couldn’t have! I say couldn’t, because the mask of the event being a competitive match-up would have fallen. To his credit Floyd did well to make it last 10 with McGregor visibly shot after 5 rounds. If Mayweather allowed the fight to go the final 3 rounds, it would become extremely clear that he was carrying his friend and business partner Conor McGregor in front of millions.

The TV people: The networks all claiming to be the home of boxing with expert opinions. The same people people telling us “Boxing is Back”! Back from where? Where did it go? What are they on about? They’re nothing more than charlatans, money grabbing whores claiming to love the sport. They love the money,  that’s all. They love it so much that they give little air time to individuals who labelled this event a circus and extra air time to anyone who says it’s an intriguing match-up. Oh yes, you love boxing so much that you barely mention Miguel Cotto becoming a 6 time world champion on the same night.

The worse thing is; we watched it, we paid for it. Even us who knew the result before the fight happened, still watched it. We lined the pockets of the athletes, but we also lined the pockets of the sponsors and television networks. We lined their pockets so much that they’ll be spending the next few years building up a fake rivalry between two currently unknown “superstars” so they can cash in on some people’s easily lead good nature again. This time, of course, they won’t actually be superstars who can claim the lion share of the profit like Floyd Mayweather and his best mate Conor McGregor!

Well done to all those that made money.