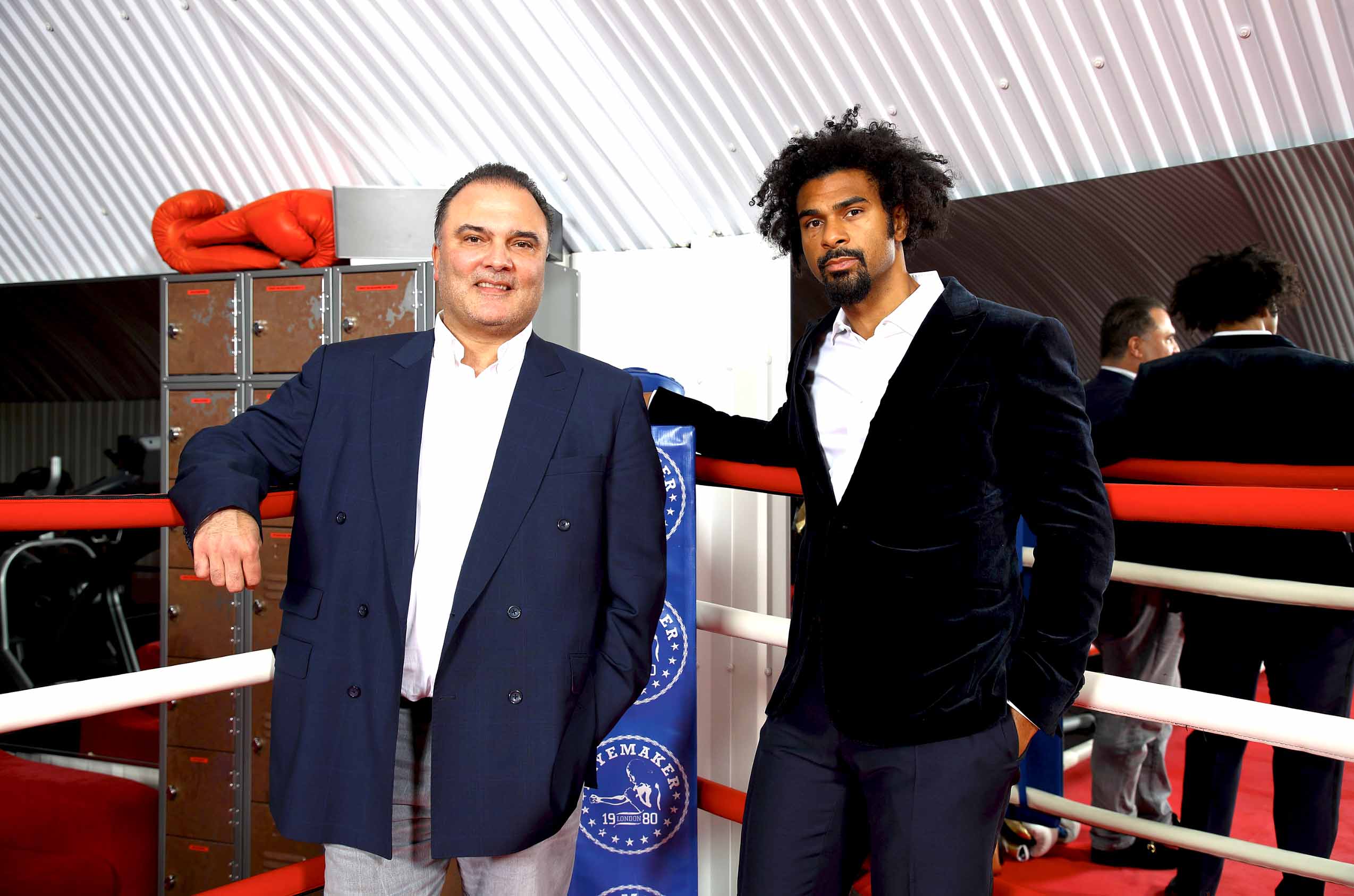 The deal brings together two world renowned boxing figures; former World Heavyweight Champion, David Haye, who has self promoted and navigated his way to multiple world title fights and Pay-Per-View mega showdowns, joins forces with former Golden Boy Promotions CEO, Schaefer, the brains behind many of the biggest-selling Pay-Per-View fights in history, and the founder of Ringstar Sports. The deal marks Schaefer’s first business foray into the UK market, and it also ensures that Haye will remain at the pinnacle of boxing long after he hangs up his gloves.

As CEO of Golden Boy Promotions from 2002 to 2014, Schaefer brings unparalleled experience to the new joint-venture. At Golden Boy, he promoted what were at the time the two biggest selling PPV events in boxing history – Floyd Mayweather vs De La Hoya in 2007, and Mayweather vs Canelo Alvarez in 2013 – while also bringing through the likes of Alvarez, Keith Thurman, Danny Garcia and Deontay Wilder from up-and-coming prospects to World Champions and Pay Per View main-eventers.

David Haye said: ‘The joint venture with Hayemaker & Ringstar will send shockwaves through British boxing. Together, we are creating a new kind of promotions entity. Throughout the history of boxing, the fighter has worked for the promoter, the core values of Hayemaker Ringstar will turn this on its head. We will work for the fighter. This shift will impact an incredible sport in a hugely positive way. Hayemaker Ringstar will be renown for discovering amazing young talent, nurturing, empowering, and helping them to become global stars.”

“The promoters who have dominated the British scene until now have done a good job. But with Richard’s unrivalled track record coupled with my first hand insight understanding the needs of a fighter through the evolution of their career Hayemaker Ringstar provides fighters with the perfect environment to maximise their potential, both in the ring and commercially. I have no doubt that Hayemaker Ringstar will become the UK’s leading promotional company.”

Richard Schaefer said: “I’m delighted to be partnering with David to form Hayemaker Ringstar. The UK is a great market for boxing, with exciting fighters and passionate fans, and we’re determined to work with the most talented boxers to give people the fights they want to see.

“I’ve wanted to set up in the UK for a long time, but it was important to partner with a team who knows the market. I couldn’t ask for a better partner than David – we’re both incredibly passionate about the sport, we both want to put fighters first, and we’re both committed to bringing boxing to the masses.”

The first fight to be promoted by Hayemaker Ringstar will be Haye’s heavyweight clash with Tony Bellew, a co-promotion with Matchroom Boxing, at London’s O2 Arena on March 4th. While the focus will be on UK-based fights, Hayemaker Ringstar will also work on promoting fights in the USA, capitalizing on Schaefer’s unrivalled contacts with broadcasters and venues.