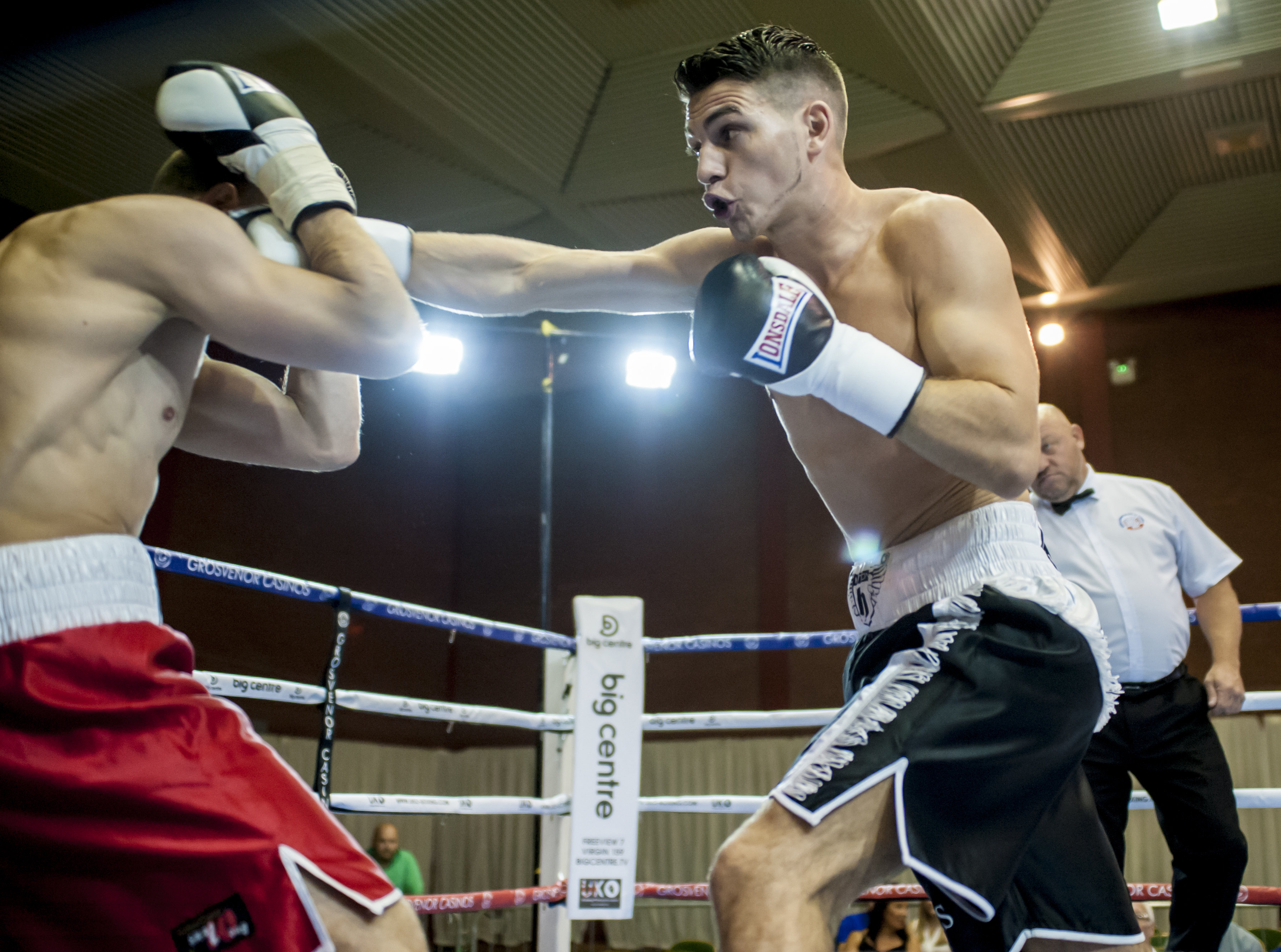 ARROWSMITH: “FIRST TITLE FIGHT HAS GIVEN ME A BOOST”

Arrowsmith has been quietly learning his trade with trainer Ricky Hatton for the past 18 months but he has been working harder than ever for this contest.

Toms is an extremely experienced operator at domestic level, having held the Southern Area title twice.

“As soon as you turn pro you want a belt around your waist and boxing for my first has given me a real boost in training,” Reuben, 20, said.

“I always train hard but knowing I’ve got this fight has added that little bit extra dedication and it’s taken me to a different level.

“Ryan Toms is my best opponent to date. He comes for a fight and he doesn’t lie down. He’ll be travelling to Stoke to take the title and my unbeaten record. I can’t let that happen.

“He’s getting on a bit now, but he’s faced the best at the weight and he’s had plenty of notice so I know he’ll be training hard himself for this fight and will want to be at his best. I know I’m at my best so I say bring it on.”

While winning his first title as a professional will be an extremely proud moment for Arrowsmith, he admits to having his eye on further accolades.

“I want to win this title, fight for the area title this year and then go on from there to the English and beyond. I’m looking too far ahead, but I think the sky is the limit.”

The February 18 card is entitled ‘Time to Shine’ and is hosted by Hatton Boxing, the company founded by four-time world champion Ricky Hatton that also manufactures premium boxing equipment and trains thousands of fitness professionals each year through its Academy.

Also on in action on the bill will be fellow Hatton Boxing prospects Jake Haigh and Sam Evans as well as Stafford’s Rob Hunt, Cheshire’s Nathan Clarke and former amateur standout Luke Caci, who will be making his pro debut.