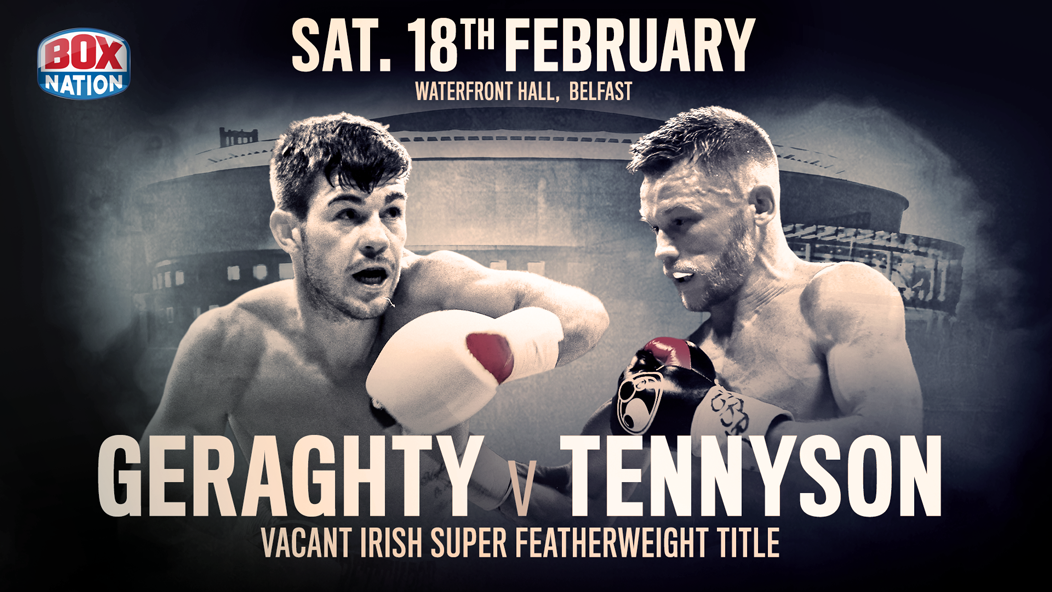 Having recently picked up another vicious knockout win on Frank Warren’s November 5 ‘Homecoming’ bill, ‘Pretty Boy’ is in a rich vein of form. Eight victories in succession since his controversial loss to Jono Carroll back in 2014 has placed Geraghty firmly into title contention.

The big-punching Tennyson boasts a high knockout ratio and will be looking to send his fans home happy with a memorable win on home soil. 23 year-old Tennyson captured the Irish Super-Featherweight title in only his sixth fight and is determined to get his hands on it again.

Both men are targeting titles and further big fights in 2017, making for what promises to be an explosive clash. This one is set to be a classic domestic encounter with plenty of Irish pride at stake.