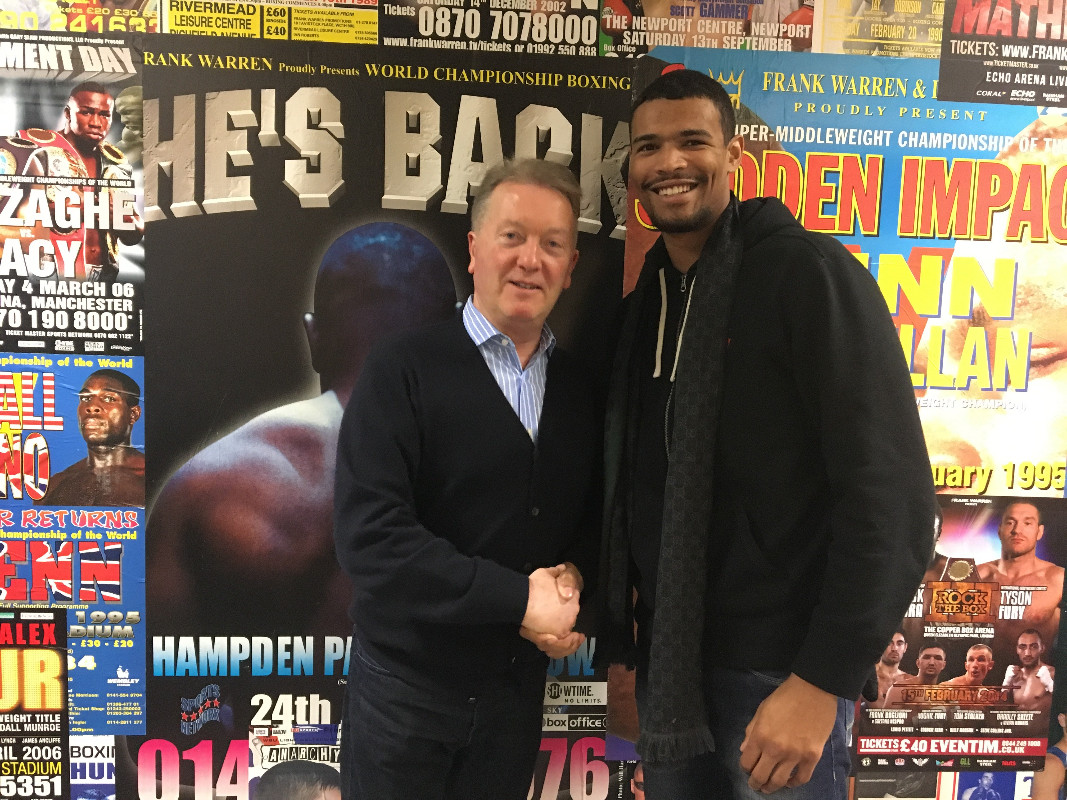 Manchester Cruiserweight starlet Jordan Thompson has signed a long-term promotional deal with Hall of Fame promoter Frank Warren. ‘Troublesome’ is planning an attack on the domestic Cruiserweight division and is confident he will be at the top of the pile by the end of the year.

The 23-year-old banger turned pro at the back end of 2015 and made an explosive start to life in the paid ranks, knocking out his first three opponents inside the opening round. He then outpointed tough journeyman Remigijus Ziausys, who Dillian Whyte and Dereck Chisora both failed to stop, before scoring a second round stoppage win in his last fight.

“Teaming up with Frank is massive and I’m going to repay the faith he’s shown in me,” said Thompson. “I’ve got a huge opportunity to increase my profile with the extra exposure BT Sport and BoxNation will give me. I’m planning on making a bang when I get my chance!

“The domestic Cruiserweight division is wide open and I’m really excited about putting myself right in the mix. Down South you have Isaac Chamberlain who recently beat Wadi Camacho for the Southern Arena title and up North closer to me you have Sam Hyde. I believe I beat them both already but I’m still learning and I need to listen to the advice of those around me.

“I just want to get in that ring against some good opposition, entertain the fans and put on a show because that’s what it’s all about. I think there’s a big space for me in the Cruiserweight division, I’m charismatic and bring something different to the rest of the prospects. I can see myself achieving a lot in this division and very quickly.”

Thompson, whose parents were both karate World Champions, is trained by Haroon Headley at the Heavy Hitters Gym in Manchester alongside Frank Warren stablemate and WBO Inter-Continental Super-Lightweight Champion Jack Catterall.

“I’ve always had a great relationship with Haroon so it made sense to go with him. We go way back to before I even started boxing and it’s good to have him in my corner. I put my trust and faith in him and I know that we’re going to achieve big things together.

“Boxing in Manchester is on the up again with WBO Lightweight Champion Terry Flanagan leading the way and our Jack making a name for himself as one of the best Super-Lightweights in the country. We just need someone flying the flag in the Cruiserweight division and that’s going to be me.”

Promoter Warren said: “Jordan is an exciting addition to our growing team of young talent and I’m looking forward to guiding him to the top of the domestic Cruiserweight division and beyond. He certainly possesses knockout power and has an entertaining style that fans will love.”