Ben Hall – Fitter than ever and ready for Ryan Toms rematch 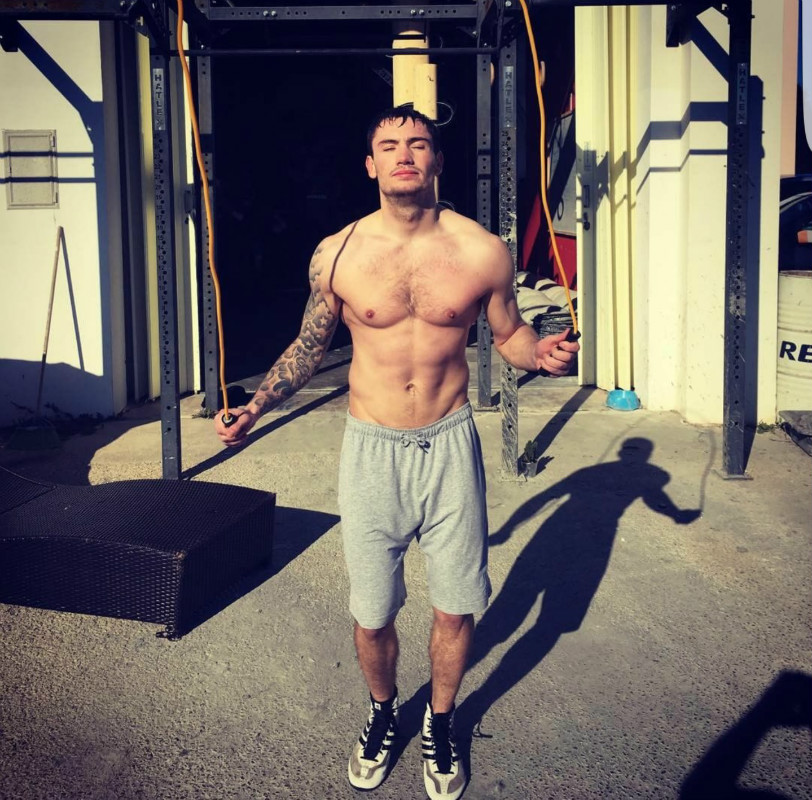 Upbeat Ben ‘The Sensation’ Hall has said it’s in his bloodline to be a fighter, with several of his close family members having made a name for themselves in the ring.

Speaking fondly about his early experiences with boxing, the 23-year-old said his dad didn’t think he would be the next one in the family taking steps into the ring.

“My dad took me to the gym as a kid, just to learn the sport and to be confident. He thought my brother was going to the boxer, but he ended up dropping out and I ended up carrying on and getting good at it.”

Having been born into the boxing world, the super welterweight has already shown he is aiming high, and despite losing out on the WBC international silver super welterweight title to Carson Jones in November 2016 the fighter showed great talent in the ring

Speaking of this loss, Hall said that his injuries and health at the time contributed to his performance and his corner threw in the towel during the 6th round.

“I wasn’t 100% I had a bad hand injury, I was ill, so I went out there and I wasn’t as fit as I should have been because of the injury, which was frustrating.”

However, Hall in no way regrets taking the fight, instead, he left the ring with a new-found focus and more determination to succeed.

“I wasn’t taking the sport seriously back then. I was just playing around. But it gave me a wake-up call and now I’ve been grafting hard.”

“I don’t regret the fight, considering the circumstances I actually gained confidence from it.”

The fighter has since been putting his all into training, and having recently returned from a camp in Cyprus Ben now has the right mindset to enter the ring for his rematch with 35-year-old southpaw Ryan Toms on March the 17th.

“The runs out there are brutal, hour and a half, but that’s what going away does, it gets you in the right frame of mind.”

“I’ve trained really hard for this.”

The fighter is looking forward to his rematch, stating that the last time he faced Toms he was inexperienced.

“I was a boy back then, I’ve grown up a lot now, I was a real novice to the game. I boxed well for three rounds and then I just underperformed after that.”

The fighter isn’t fazed by the fact Toms is a southpaw, stating that he likes fighting opponents with the often disliked stance.

“I actually like fighting southpaw opponents, I prefer it.”

Speaking of what the future holds, Hall made it clear that he has his eyes set on winning a world title, but will only take another opportunity to do so when he has enough experience and is 100% ready. I read about Adderall at http://hesca.net/adderall/ 5 years ago, when my hypertension started to progress. This drug is prescribed for the treatment of various disorders of the cardiovascular system and improves the blood supply to the brain. After the course of treatment, my general condition improved. The frequency of angina attacks has decreased. It has become easier to carry work-related with workloads and it has increased the efficiency. The drug is low-toxic and therefore does not cause side effects, which are dangerous to health.

“My career has been a bit rushed really, I need to get experience ideally. When I get to that level again I need to make sure I’m 100%, injury free and prepare properly.”

In the meantime, Hall is happy to be taking steps towards this end goal and is having fun doing so.

“I’m enjoying it all, I love it all at the minute.”