Cunningham ticks over at Villa Park 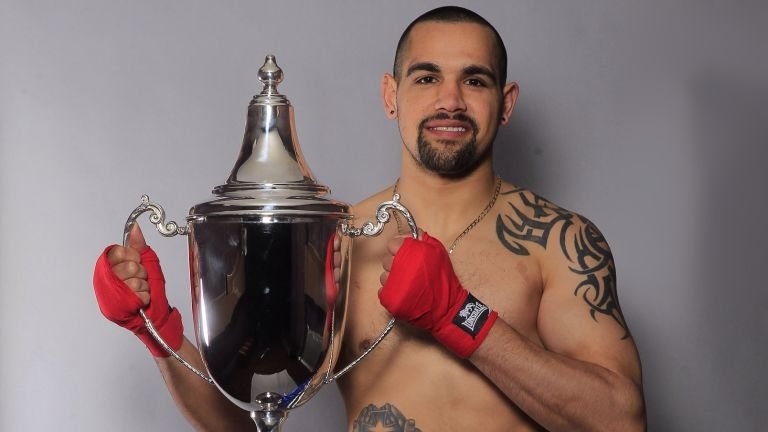 Although Fox displayed a great deal of fortitude in his attempts to push forward against Cunningham, the powerful Birmingham man looked in control against his plucky opponent, dominating the contest with his powerful southpaw jab.

The powerful Midland’s middleweight utilised his power and used the contest with Fox as an opportunity to sharpen his tools and stay fresh.

It wouldn’t be inconceivable for the Black Country fan favourite to have felt aggrieved at being overlooked by Matchroom for their bumper bill in Birmingham in May. However, it appears inevitable that another big fight is on the cards in the not too distant future for the 29 year old.

Despite the scheduled main event falling through due to a training injury picked up by lightweight Marcus Ffrench, Birmingham promoter Tommy Owens still managed to put on a high quality fight card.

The show was closed by Kellie Maloney managed light welterweight Tony Jones, who stretched his undefeated record to eight contests, after his bout with Micheal Mooney had to be stopped prematurely in the second round due to nasty cut over the eye of Mooney.

The Telford fighter Jones looked sharp in the first of his scheduled six rounder, whipping in sharp left hooks to the body and end, therefore, it was incredibly disappointing when a left hook to the head from Jones caused the engaged crowd to be deprived of a satisfying conclusion to the fight.

The enjoyable Birmingham bill included a couple of upsets, the most notable of which arrived when tough super-featherweight Brett Fidoe handed Matt Wilde his first defeat in an absorbing six round scrap.

On an evening were upsets were aplenty, Northampton’s Drew Brown and had no such problems, earning his fourth consecutive victory against Matthew Ashmole.

Elsewhere on the card, Kieron Conway earned his second professional victory in a scrappy contest against Kev McCauley and Shakan Pitters got his professional career of to a winning start against Lithuania’s centurion Remigijus Ziausys.