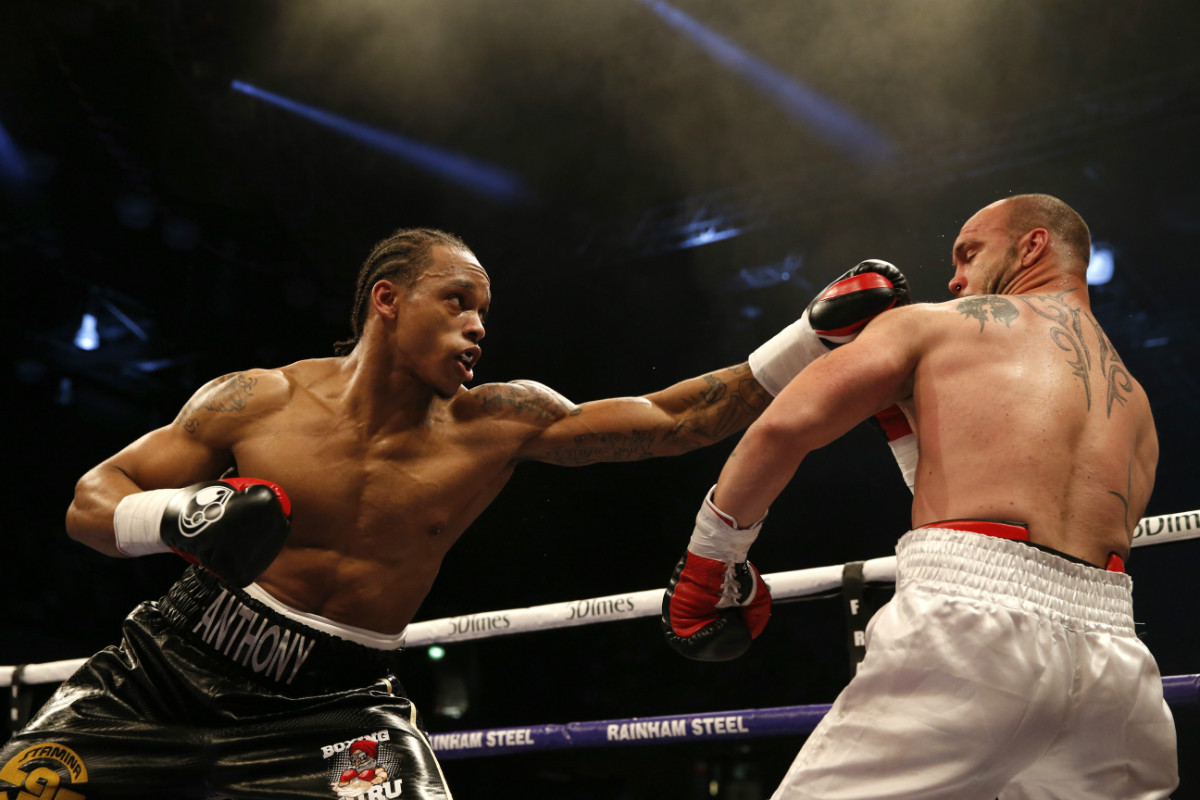 The man with the Mogadon in his gloves has sent eight of his nine paid opponents into The Land of Nod since debuting in May 2015, provoking Hall of Fame promoter Frank Warren to compare the ‘Mister’ Yarde to a young Nigel Benn.

‘The new deal means a lot in terms of my exposure,’ acknowledges the 25 year old who hails from Benn territory in Ilford and is managed and trained by ‘Stamina for Sale’ guru Tunde Ajayi.

‘BT is a way bigger platform and hopefully I’ll be able to tap into the UFC audience that BT already has.

‘I covet the pressure that Frank Warren places on me by stating I’m the ‘New Nigel Benn’. The business of boxing is all about having the biggest individual profile so the more publicity you can generate, the more money you’ll earn. If you start to whinge about pressure, trust me, you’re in the wrong sport.’

Formerly a trialist at Queens Park Rangers FC who could crack 11 seconds for the 100 metre dash, Yarde is clearly blessed with the fast twitch muscle fibre of an explosive natural athlete. After finally convincing an overly protective mother to allow him to enter amateur boxing in his late teens, the Essex racer halted 11 of 12 victims in a fleeting vested career.

Since vaulting to the pros in May 2015, the lethal light-heavy has blasted out five opponents in the opening session and a further three in round two. Nevertheless, Yarde stresses that a kayo kick is far from the only attribute in his arsenal.

The God fearing gym rat claims: ‘Yes, I was born and blessed with very heavy hands – something you can’t really coach – but I also work very hard to develop and optimise that gift. A big part of it, is the mentality. I truly believe I can punch through walls.

‘But in the gym, I certainly don’t just focus on whacking people out. We work constantly on defence, counter-punching, slipping and sliding, head movement, boxing back foot; every aspect. I intend to be the fastest and fittest, as well as the most powerful. Then, the closer we get to fight night, everything becomes more high tempo.

‘If something interests me, I become the best learner out there and that’s the case with boxing. In school, I was only interested in how my body looked and I soon knew everything about how to achieve that. When something engages me, I have to be the most knowledgeable.’

To help accelerate an apprenticeship that has thus far been contained to just 15 public rounds, promoter Frank Warren organised some late summer tutorials in Texas, USA plus a profile projecting gig on the undercard of Liam Smith’s WBO Super-Welter defence to ‘Canelo’ Alvarez. Local 31 fight veteran Rayford Johnson survived just 130 seconds before a single left hook relieved him of his faculties at the AT&T Stadium at Arlington.

‘Texas was an unbelievable experience that will help prepare me for the big stage when my turn comes,’ recalls the 5ft 11in bruiser with the Popeye physique.

‘My fight was just a formality but far more valuable was watching how ‘Canelo’ and Liam Smith coped with the pressure situations. I also got to chat with big wigs from the boxing business plus HBO (TV). Oscar De La Hoya was always about and I got a 10 minute chat with Bernard Hopkins in the trailer. He knew who I was – the word’s spreading – and he gave me tips on how to conduct myself and the importance of a strong mentality.’

With a 10 round tilt at Southampton’s Southern Area king Chris Hobbs already penned as an appetiser for Liam Walsh’s world title challenge at Hackney’s Copper Box on May 20th, Welsh iron Nathan King has been recruited to extend annihilating Anthony some hard yards ahead of his championship bow. The pair meet in a scheduled eight rounder on the talent stacked Leicester Arena promotion on Saturday week.

In a 16 year, 42 fight career conducted in high class, the nugget from Mountain Ash has been halted just four times and only once the past seven years. Nevertheless, with BT and BoxNation cameras honing in, Yarde is intent on making him fall hard like all the others.

‘For me, prospects who say they need rounds show weakness. They must doubt their fitness and ring craft,’  claims Yarde who is still to advance past the four rounds he was taken whilst shutting out Latvia’s Stanislavs Makarenko in his second start.

‘When the time comes, trust me, I’ll know what to do, I’ll stay composed. But I’m certainly not easing off and carrying anybody just to get ‘fake’ rounds on my CV. That’s cheating the paying public.

‘Mike Tyson hardly needed any rounds early in his career but had no problem completing 10 or 12 when required. I get plenty of rounds in the gym against all variations; lighter, faster guys and stronger, heavier guys. To anyone who questions my fitness I say: ‘Just wait and see.’

‘And to those who say: ‘Yeah, but what’ll happen when Yarde gets hit?’ I say, my aim is to never find out. I train not to get hit, rather than focus on how well I might take a shot. Look, (ex British and Commonwealth champ) Ovill McKenzie has hit me very hard in sparring and I absorbed it but I never want to know how well I take a shot under the lights with the little gloves on. In this game, the less you’re hit, the longer you’ll last.’

Presently there is a fascinating parity of talent among the leading domestic lights at 175lbs – Mssrs Ajisafe, Buglioni, Johnson, Burton, Baker and Shinkwin – with potentially a plethora of quality match-ups to be made.

The ever impatient Yarde doesn’t envisage his dearth of rounds inhibiting his irrepressible charge towards that company.

‘It’s definitely getting very interesting.  We’ve all got our own paths,’ he says.