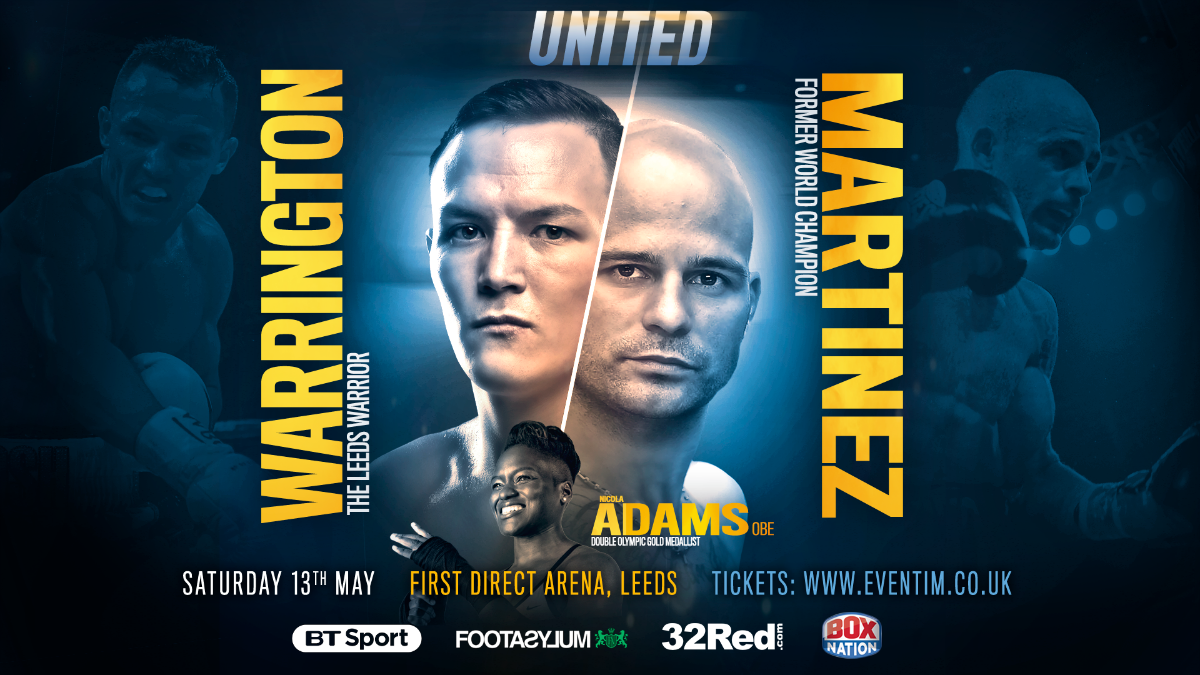 Former IBF Super-Bantamweight World Champion Kiko Martinez has sent a warning to Josh Warrington ahead of their May 13 showdown at the First Direct Arena in Leeds, broadcast live on BT Sport and BoxNation.

Martinez follows Patrick Hyland, Hisashi Amagasa and Joel Bunker into the unbeaten Leeds man’s hometown fortress as the 26-year-old looks to cement his place on the World scene before landing a World Title shot.

Warrington is hugely popular in Leeds and will be roared on by thousands of his fanatical supporters as he aims to make a third successful defence of his WBC International strap, but 31-year-old Martinez is unfazed.

“This is the most important fight of his career and everybody will be in the arena watching him: his family, his friends, all his people. You can trust me, he is in trouble.

“The UK is my second home, I feel great there but I have never won a big fight in England. I have won fights in Ireland, USA, Japan or Argentina and I need a win against Warrington.”

The stocky road warrior, a huge step up in class for Warrington, is planning on spoiling the party next week.

“I have been working very hard for this fight. I respect Josh a lot as a fighter and as a person too, but I will travel to Leeds to win the fight and show to everybody that Kiko is once again on the top of the division.

“I understand him, I was in his position before. He is hungry, he is looking for the big fights, the big money. But I am not finished, I was fighting against Leo Santa Cruz one year ago. Good luck to him, he’ll need it.”

View our Video Channel our here