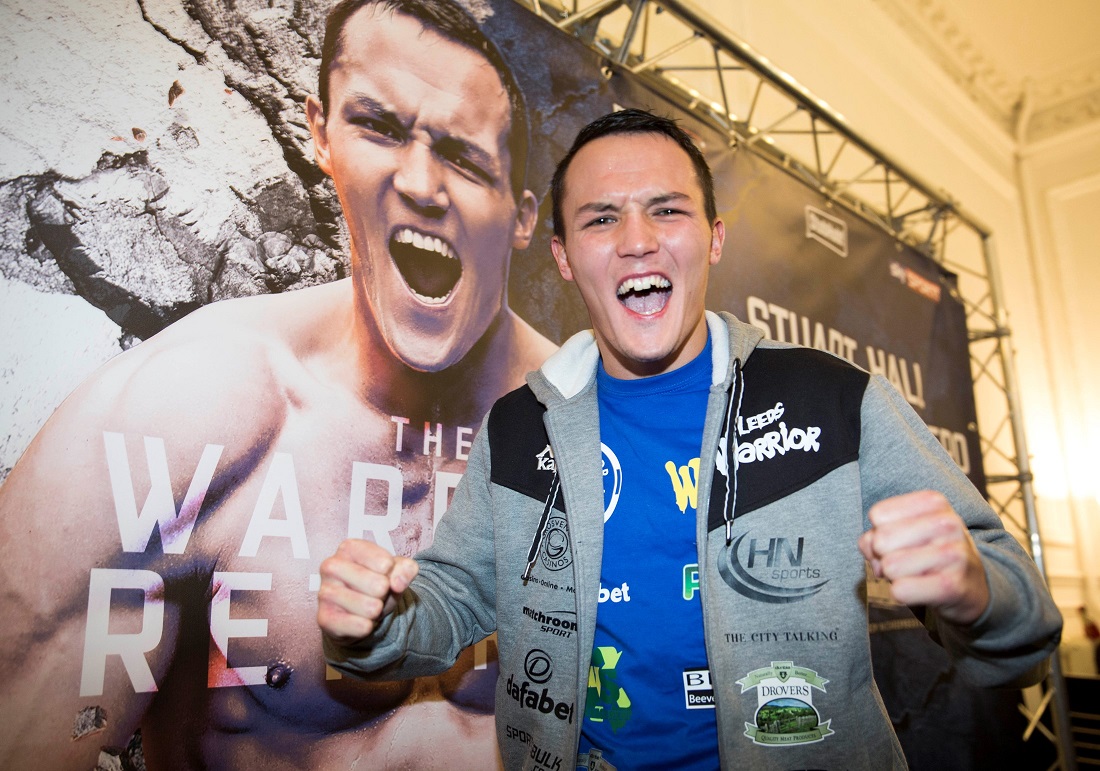 Leeds star ‘bored’ of Welshman ahead of dangerous Amagasa clash

Warrington takes on the dangerous Japanese man in the second defence of the title he landed in his hometown fortress in April against Dennis Tubeiron and defended with a fine performance against Joel Brunker in September.

The 25 year old has been linked with a summer blockbuster with the Welsh IBF king, but Warrington admits that talking about that fight has become a chore and that if Selby performs like he did against Fernando Montiel when he defends his title against mandatory challenger Eric Hunter, he could even lose the title.

“I really want the Selby fight but it’s boring me now,” said Warrington. “Before he went to America to fight Montiel he wanted to crack the States and wasn’t interested in me, but he boxed poorly against Montiel and now he is saying he will come to Leeds and chin me.

“It’s becoming boring now, he is talking a load of crap and looking too far ahead when he talks about fighting Leo Santa Cruz. Hunter is a dangerous fight and if he boxes like he did against Montiel he’ll lose his belt. So let’s keep winning, everyone wants the fight and it’d be a big occasion in Leeds, people on the streets ask me when I’m going to shut him up, so let’s keep doing the business and then get it on in the summer.”

Warrington was keen to stress that he too must keep his eyes on the immediate future, and that’s the KO merchant from Tokyo. Amagasa fights outside Japan for the first time in his career, but with 20 KOs from his 30 wins and a significant height advantage, Warrington says the pressure is on him to prove he can mix it at the top table.

“Amagaza has got power, he puts people away and he’s got heart,” said Warrington. “I don’t know how I keep him off with my ‘feather fists’. If I put him away I will silence those critics who say I can’t mix at the World level, and we’ll deal with Selby.

“It’s good to get a fight like this that has had a great response. I’ve been told since fighting Rendall Munroe that every fight is too soon or too much for me. Against Brunker I was told he’d stop me in the first half, and I pulled out a career-best performance and he barely won a minute of any round. I’ve never said I would be a World champion, I just take each fight as it comes, but the world title is the next step if I can beat Amagasa.”