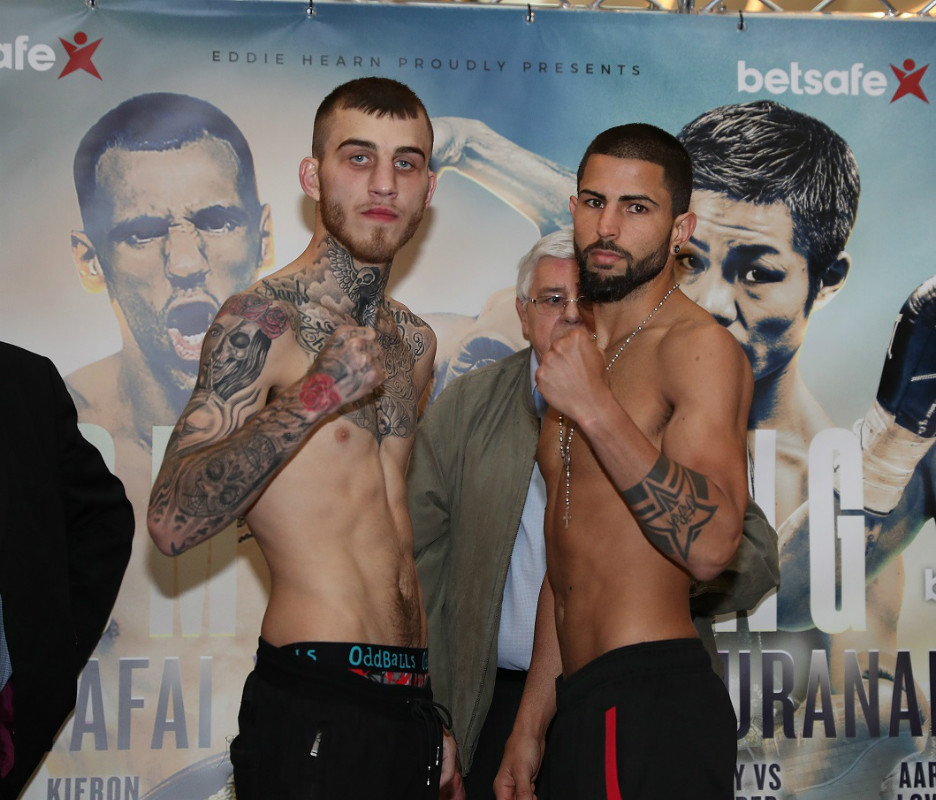 When swarms of passionate Birmingham fight fans come together to create an unmistakeable atmosphere Saturday night, it’ll undoubtedly create the perfect backdrop for one of their own, Sam Eggington, to continue his compelling story as he looks to capture European glory from Spaniard Cerefino Rodriguez. Writes Joe Streeter.

The brazen Birmingham welterweight is seldom in a fight that doesn’t have the crowd constantly out of their seats, his tenacious style has led to him gaining plaudits not only in his hometown, but all over the country. Moreover, victory over Rodriguez at the Barclaycard Arena will solidify Eggington’s status as a potential player in an enthralling welterweight division.

Last October’s Birmingham derby between Eggington and Frankie Gavin captured the imagination of Midland’s fight fans, everyone who had any sort of involvement in black country boxing had an opinion on how the fight would unfold, that being said, very few predicted just how much of a phenomenal advert it would be for Midland’s boxing.

Prior to the fight the exalted levels of anticipation didn’t expand beyond the Midlands, yet in the aftermath of the breathtaking contest, it was almost impossible to find a British fight fan who wasn’t engrossed in the progress of the underdog Eggington.

Although Gavin had spells of success during the bout, his efforts to combat Eggington’s unrelenting attacks were largely ineffective. Eggington showed an uncompromising fortitude, as he marched forward and overwhelmed the former world amatuer champion.

The absorbing welterweight war culminated in the eighth round, when after being knocked down on numerous occasions, Gavin was eventually deemed unfit to continue. For the victor, the accolades far exceeded the WBC International title that was on the line that night, the stoppage win served to elevate the stock of Eggington immensely and landed him an opportunity to increase his worth further, by taking on the highly regarded veteran Paulie Malignaggi.

The pair went toe to toe in what was another gruelling battle on the undercard of the eagerly anticipated heavyweight contest between David Haye and Tony Bellew, in a hard fought battle, Eggington proved too big and too powerful for the illustrious Malignaggi. Furthermore, as it was against Gavin, the defining moment of the contest was in the eighth round, when a thunderous left hook to the body earned the Birmingham man his most impressive victory to date.

If Eggington can follow up his stoppage victory of a two weight world champion, by securing the European belt, there will undoubtedly be an abundance of enticement for him to storm ahead and instantaneously test himself against the world’s best welterweights. However, the 23 year old very has time on his side and shouldn’t disregard the opportunity to hone his craft on a domestic and European level.

For a 23 year old, Eggington is relatively well seasoned, he has revelled in the elation that comes with earning a monumental victory and has also endured the anguish that comes with tasting an unlikely defeat. Saturday night’s challenge is a big test for Eggington, but in front of his own passionate supporters, it is one he can not only pass, but can pass in his own unmistakeable style.