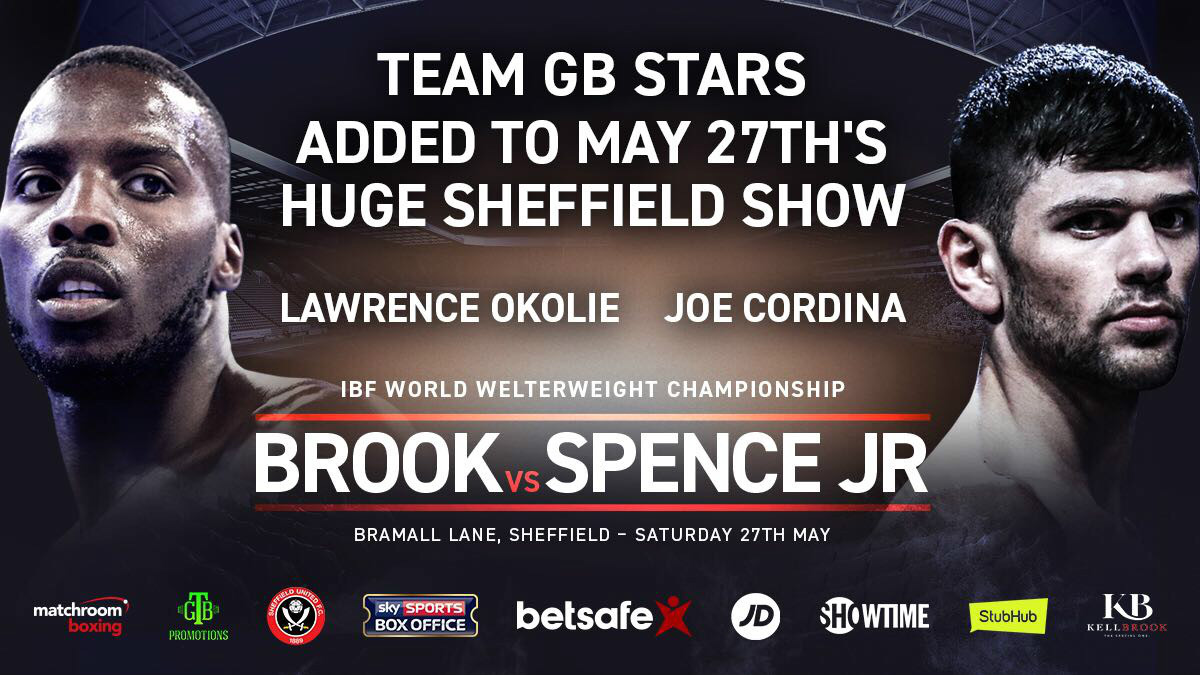 Team GB stars Lawrence Okolie and Joe Cordina have been added to the packed Kell Brook vs. Errol Spence undercard at Bramall Lane in Sheffield on May 27, live on Sky Sports Box Office.

The Rio Olympic duo have enjoyed great starts to life in the paid ranks with both men boasting a pair of stoppage wins from the first two fights with Okolie blasting away his first two opponents inside a round and Cordina landing a fourth round KO at Wembley Stadium as he kicked off the Anthony Joshua vs. Wladimir Klitschko card in April.

Okolie was set to appear on that bill but time defeated his chance to fight Russell Henshaw, so they will meet at the home of Sheffield United, and their addition to the card makes it a hat-trick of GB Olympic stars on the bill as Anthony Fowler makes his pro debut.

Brook and Spence top the action in the steel city where George Groves faces Fedor Chudinov for the vacant WBA World Super-Middleweight title.

Jamie Cox meets Lewis Taylor for the WBA Inter-Continental Super-Middleweight title on his Matchroom Boxing debut while Dave Allen takes on with Lenroy Thomas for the vacant Commonwealth Heavyweight title.

Face value tickets for May 27 are also be available from http://www.stubhub.co.uk/matchroom-boxing-tickets StubHub is the official ticket partner and marketplace of Matchroom Boxing and Anthony Joshua.