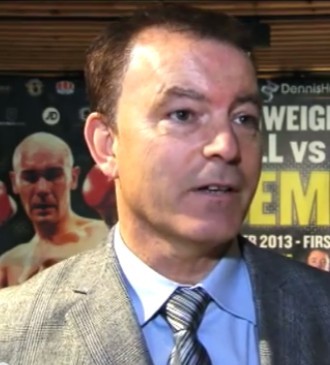 It’s been talked about for years and is a contest all fight fans want to see, but will Amir Khan versus Kell Brook ever happen?

Bolton’s former world champion and Olympian Khan has never shirked a challenge in his stellar career and has already faced many of the world’s elite fighters including Zab Judah, Danny Garcia, Devon Alexander and Saul Alvarez.

Brook picked up his IBF world welterweight crown with a fantastic 2014 ‘away win’ over highly-rated Shawn Porter in California. Since then the Sheffield maestro has made three successful defences before moving to middleweight to face fearsome Gennady Golovkin, being stopped in five rounds last September.

Dennis Hobson, who has worked with a number of world champions – including Clinton Woods, Ricky Hatton, Jamie McDonnell and Stuart Hall – is working behind the scenes on the fight and is hopeful it can eventually be made.

“Khan against Brook is a fight I really want to see because I’m a big fight fan and it would be great for British boxing,” explained Hobson who, alongside Asif Vali, is working with American fight-figure Al Haymon in guiding Amir.

“Amir, in my opinion, is a much bigger draw then Kell, and I base that on the fact that Khan has been fighting in elite company for a while now. But I’m sure Kell will get there too.

“We believe we can make the fight work with Eddie [Hearn] and Kell and, in the process, Kell will make a guaranteed career best purse. The obstacle we have is that Terry, Kell’s father and manager, is hung up on percentages which has many legal and contractual complications.”

Click on this link to read more from Hobson.