Jake Ball: “My Goals are Titles.” 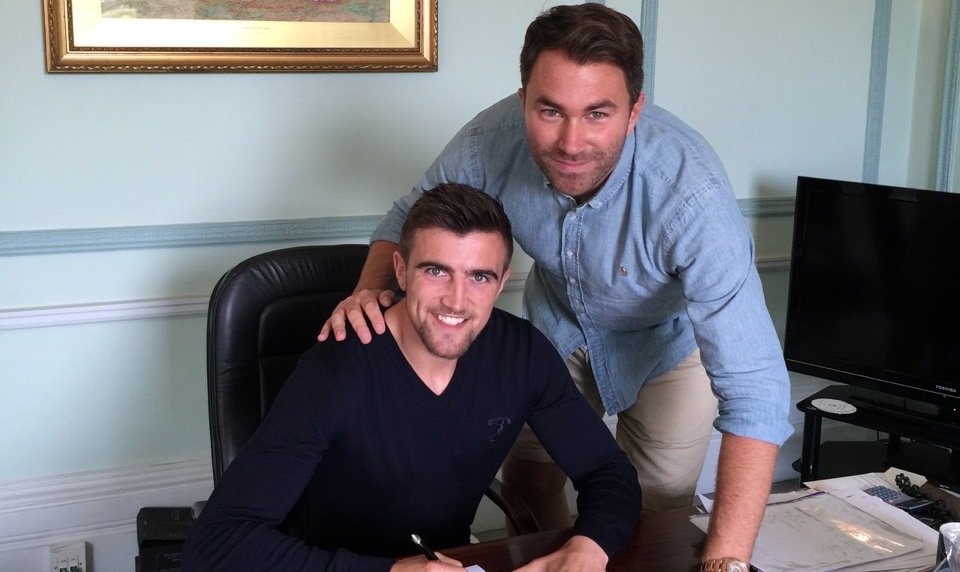 This Saturday, July 1st, 2017, Jake Ball (8-1,7KOs) is set to face his tenth opponent as a professional boxer – Pablo Sosa (8-7-3,3KOs). The two are fighting at the O2 Arena in Greenwich, London, on the undercard of Matchroom Boxing’s “Summertime Brawl”.

Frank Buglioni (19-2-1,15KOs) is headlining the night, defending the BBBofC British Light Heavyweight title against Ricky Summers (13-0,5KOs). The entire night is an exciting showcase of the next generation of British boxing and having been to the Matchroom Boxing “NXT GEN” event, at York Hall, back in March, I am keen to see how the boxers have progressed into the next stage of their professional careers.

Jake “The Blade” Ball has had a relatively solid start to his professional career, with the exception of an unpredicted loss to J J McDonagh (14-3,7KOs) by TKO, in Ball’s eighth professional fight. He has since started to reclaim his winning streak, after his fight on the “NXT GEN” card at York Hall. For his ninth fight, he took home a win against Olegs Fedotovs (22-31,16KOs), by TKO, in the first minute of the first round.

“The Blade” faces Argentinian Pablo “Vargas” Sosa, who currently resides in Spain. He has had a bit of a chequered fight history, however some of his more recent fights have shown more promise than those in the earlier days of his professional career.

We spoke to Jake earlier in the week and asked him a few questions in the lead up to his fight at the O2 this weekend:

HL – “How are you feeling Jake? Are preparations for fight night going well?”

JB – “I’m feeling great, training has been very hard as always, but I am physically and mentally ready for Saturday night and can’t wait to get under those lights and do what I do best”

HL – “Did you stay in camp after the fight was cancelled on June 3rd, or did you manage to have a break?”

JB – “No I stayed in the gym and kept myself ready until the next fight date was confirmed.”

HL – “Wow, that must have been tough! So, can you tell us what you know about your opponent and how you have prepared for Saturday?”

JB – “He’s a good tough opponent who has been in against a lot of good fighters and only lost to unbeaten fighters, So I’m looking forward to putting on a great display on Saturday.”

HL – “Are you confident for a win on Saturday?”

JB – “I am focused on the job in hand and know what I’ve gotta do and come Saturday night I will be coming away with the win.”

HL – “Finally Jake, where would you like to go from here – what are your goals for the future?”

JB – “My goals for the near future are titles!”

Exciting times are just around the corner for Jake and all of the other up and coming fighters on this weekend’s card. I can see an early stoppage win for the Surrey man this Saturday and look forward to watching his career progress in the future.