Tommy Jacobs Interview: “As a kid Naz was king for me” 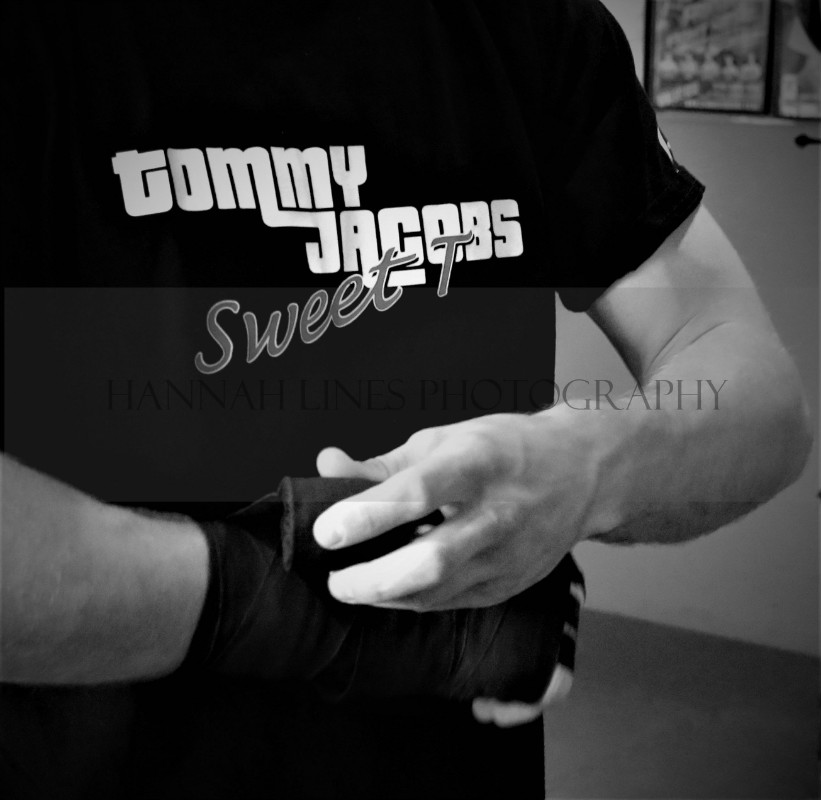 This Saturday Tommy Jacobs (5-0, 2KOs) faces the sixth opponent in his professional career for this, his first defence of the British Masters Bronze Super Welterweight Championship. writes Hannah Lines for British Boxers.

“Sweet T” Tommy won the title back in May when he faced Chris Wood (5-4, 1KO), which was the second time the two have met. In our last pre-fight interview with Tommy, regarding his oncoming bout with Wood, he was very confident in his abilities to beat him. When the pair met previously, Jacobs had numerous fights cancelled before facing Wood at shorter notice than he would have liked. He said that he had to lose weight very quickly and feels that this effected his performance. He said, “I was a shadow of myself”, however – Tommy still went on to win that bout, which gave him the confidence he needed to be the victorious man on the night that the two met for the second time.

Jacobs now faces opponent Matar Sambou (2-1,2KOs), who defied the predictions of many, by recently beating Gareth Gardner (3-1,2KOs) when referee Gareth Morris stopped the fight in the last minute of the fifth. Many are concerned that Sambou’s power may be a challenge for Jacobs, but the Colchester born fighter isn’t worried. We caught up with him to speak about his training; the fight and where he wants to be next.

HL – “Hi Tommy, thanks for speaking with us today. So, with just days to go before fight night, how has camp been for you this time?”

TJ – “Hi Hannah, thanks for speaking to me. Fight camp has gone really well, I’m feeling fit, strong and sharp. Last camp was plagued with injuries and illness, but this one – thankfully – has gone quite smooth.”

HL – “I see you went to the Ingle Gym to spar with Billy Joe Saunders (25-0,12KOs) – how was it? I know that the two of you have known each other for a while, since the amateurs yeah?”

TJ – “Yeah, right at the beginning Billy Joe drafted me in for sparring because I have similarities with his opponent, Willie Monroe Jr (21-3,6KOs) – who he beat very convincingly, so hopefully I helped contribute towards that victory.

Time spent up at the Ingle camp was invaluable. It’s great to experience a few different training styles etc. As a kid Naz (Naseem Hamed (36-1,31KOs)) was king for me, I went to the Winkobank gym the day before all three of my schoolboy Championship finals to check weight and I always feel I have a little connection up there.

There’s something very surreal with working alongside Champions and the fact that you’ve got the likes of Kid Galahad (23-0,14KOs) and Kell Brook (36-2,25KOs) moving around you with 14-year-old novices; or Jr Witter (43-8-2,23KOs) doing pads with a first timer, is so grounded. There’s no hierarchy in the gym and I feel that’s how it should be everywhere; the Champion of the World is no more important than the newcomer. Very refreshing.

Dominic Ingle and everyone up there made me feel right at home and were very welcoming, in that sense it was no different from being in champions gym in Colchester. And to top it all off, I was sparring with the Champion of the World, in the weight above me! Can’t really ask for better than that!

Made life easy that me and Bill go back a long way. We’ve known each other for years boxing through championships together. I was on the England Squad a lot with Bill’s brother Tom and then also when I captained England, over in Ireland, Bill was on the same team.”

HL – “So tell me about your opponent on Saturday night, it’s changed a few times during camp, hasn’t it? Are you confident in who you’re facing at the weekend?”

TJ – “My opponent has changed, it was originally supposed to be a bit of a journeyman, which I wasn’t happy about, as I haven’t boxed anyone with a losing record yet. It has now changed to Matar Sambou (2-1,2KOs) a former Senegalese National Amateur Champ, who won a Bronze Medal, in the African championships. I have been told that made him qualify for London 2012, but David Haye (28-3,26KOs) was visiting Africa during those Champions and advised him to move to England to pursue his career in the paid ranks and here we are.

Although a much harder opponent then I was originally matched against, I prefer this. He’s a southpaw, so turns out the sparring in Sheffield helped in that respect. A lot of people are a bit nervous of my opponent, as at my last fight, he boxed unbeaten prospect Gareth Gardiner (3-1,2KOs) and KO’d him in the fifth. But I saw nothing that should trouble me. He’s moving up from Welterweight and his power isn’t going to be even close to my wrecking ball of a sparring partner, Joe Hurn (8-0-1,5KOs) – who hits like a train. As always, I’m extremely confident with victory and watching my opponent, I feel like I could match him in every department. I can beat him whichever way I choose.”

HL – “What are you hoping to do next if you are victorious on Saturday?”

TJ – “When I’m victorious Saturday, I’m hoping it’ll push me one step closer to a ranking with one of the major governing bodies. I know with one or two fights I’ll be in the IBF Intercontinental rankings. If not, after this fight I’ll be pushing for either an International Masters or WBF International or something along those lines. Getting into them major rankings is the short-term goal.”

HL – “I know you have two little girls at home and being a dad can be exhausting in itself! How do you keep up with the training and all those early mornings?”

TJ – “Being a dad is very demanding, but I’m very fortunate, my Mrs Lily does everything to do with the kids and the house. Also, my sponsors – ESCA Recruitment; TMC Haulage; Square Mile Broking, Roman Cars; London Rock; Thames Materials and PIW Painting are backing me all the way to the top. So, I’m lucky enough to be in a position where, finally, I don’t have to go to work. So, I’m very recently in a great position, where I can train when I want and still be a dad and a family man.

So, my day will consist of two or three training sessions and maybe a trip to the zoo or the park. We all train very early in our gym, to cater to people’s jobs and I’m stuck in that routine. As hard as it is getting up in the morning, when you’ve finished a large portion of training and it’s only 6:00am it’s a great feeling.”

HL – “I’m so glad things are going on the right path for you and it has been great speaking with you today Tommy. I can’t wait for Saturday night and I wish you the best of luck for the fight and the future!”