Kieran ‘Chopper’ Smith: “If you have a title I want it, I will fight anyone!” 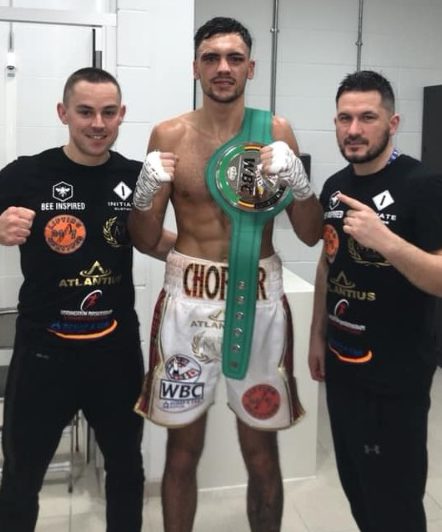 “The division is buzzing and I want to get to the very top. I believe I have around me the team I need to take me to the top.”  – WBC International Silver Champion Kieran Smith.﻿

Kieran Smith is excited ahead of 2019, as he looks to kick on up the World Rankings after capturing the WBC International Silver title in Glasgow last month.

‘Chopper’ Smith is widely regarding as the best prospect Scotland has to offer after Josh Taylor emerged as a powerhouse in the Super Lightweight division. Smith is now looking to crack on in 2019, and move towards major titles.

“I was glad I got the win, and I know there’s far more to come from me which excites me for the New Year as I know I’ll get the opportunities to show off my skills in Scotland and on Boxnation on a regular basis.”

Greenrigg’s Smith made the move to World Boxing Management leaders MTK in 2018, linking up with Danny and Sandra Vaughan led team. Opportunities have arisen since the link up and Smith opened up about life under MTK management.

He said, “MTK is a great outfit and are really leading the way in not just Scottish Boxing but World Boxing as a whole.

“Danny and Sandra do their best job for the fighters and have really helped me and I’m very sure that I’ll be getting some big fights in 2019, all I have to do is keep on winning and the opportunities will come.”

The Super Welterweight division is buzzing on a World scene, with Jarrett Hurd, Jaimie Munguia and Jermell Charlo holding versions of the World title. Even on a Domestic level, there are quality fights out there for the 2014 Commonwealth Games representative Smith. The Scot gave his take on what he would like from 2019.

Smith said, “The division is buzzing and I want to get to the very top. I believe I have around me the team I need to take me to the top.

“There are some great fights out there for me, but all I want is titles. If you have a title I want it, Simple. Whether that is the British title or continuing to move up the World Rankings by winning International titles then so be it. My team tell me who I fight and I fight, it doesn’t matter who it is, I will fight anyone.