All walk and no talk. Daniel Dubois is the quiet assassin we need. But is he ready for Deontay Wilder? 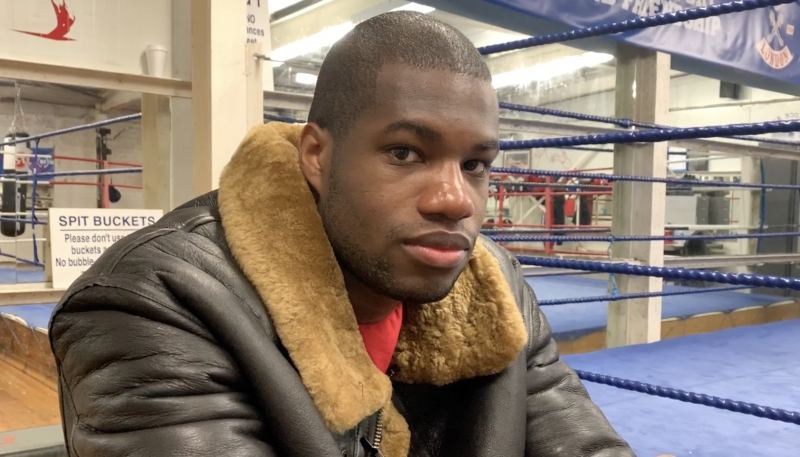 It would be a shame for this stick of dynamite’s fuse to be put out prematurely!

Destined future world champion Daniel Dubois walks the walk but doesn’t necessarily talk the talk. He has blitzed through nearly all his competition in highlight reel fashion and has a superbly polished boxing skill set. He has all the attributes that a real heavyweight should have and will be a world champion someday…..Mark these words. But don’t take my words for it, Frank Bruno, Lennox Lewis and Frank Warren to name but a few believe the Young Londoner can hold a major belt imminently.

With just 14 fights under his belt he is already hyped to have arrived at contender level for the main titles. Recent hearsay of a potential Deontay Wilder bout has many in the boxing community arguing that he is ready for the, ‘Bronze Bomber’. But to make this claim, one must look at Dubois ability and resume

Starting at the age of 9, Daniel Dubois embarked on a successful amateur career picking up various pieces of National and European silverware. Touted for the 2020 Olympic team, ‘Triple D’ sought to make his mark on the professional blue ribbon division instead. Daniel signed with Frank Warren of Queensbury Productions and trains at the legendary Peacock Gym in London working under Tony and Martin Bowers.

Dubois’ exploded onto the scene with a knockout win in the first 35 seconds of the first round against Marcus Kelly in April 2017. He won the English heavyweight title in his eighth fight in June 2018, beating Tom Little by stoppage in the fifth round. And won the WBO European title in March 2019, beating former WBO heavyweight title challenger, Razvan Cojanu, in just two rounds.

Much was speculated prior to last summer’s big domestic clash between Dubois and Nathan Gorman, another prospect who many thought was simply too skilled and too quick for Dubois. Gorman talked a big game on the lead up to the bout with Dubois. “Dynamite” resorted instead to absolutely dominating the traveller and ended the bout by discombobulating him in the 5th round with a right hand straight down the pipe. He has since gone on to have two more sensational knockouts inside the first 2 rounds.

Dubois already owns one of the best jabs in the heavyweight division. It is a true throwback to the classic heavyweight jab; accurate, very powerful and snappy. It was able to down Kyoto Fujimoto in their bout and acts as a power shot even when thrown with discipline. Dubois has a flat footed style which he compensates for by expertly cutting off the ring. He managed to make the ring look miniscule against mover Nathan Gorman who struggled to get out of the danger zone at all in their bout. Known for monstrous power in both hands, he levers his body and weight in to his punches without making him unbalanced. Hooks, half hooks, uppercuts, crosses and overhands rain down on his forlorn opponents in an exhibition of combinations. He is a prolific body punchers as he often rips at the side with a double left hook to hurt.

But what really stands out about Dubois is his ability to pour on damage to his opponents with a 4 or 5 punch combination to the head and body, step out of the pocket to avoid lucky counters and as he’s doing so, throws a crisp head jolting jab. This intelligent manoeuvre not only protects him but it also disheartens the other fighter as they miss wildly in their retaliation and get pushed back. In short, Dubois always has an exit strategy when he engages.

What are Dubois limitations so far? Not many. His jab, although deft could be doubled up to dissuade counters that might come from less intimidated fighters in the upper echelons. Additionally, his flat footedness may cause issues for him against more nimble fighters. Otherwise, he is an outstanding fighter that needs to be recognised.

Frustratingly, amongst these slight limitations, Dubois has been criticised for a lack of personality. His demure manner jars in the face of the boxing community which is filled with big egos and insufferable hyperbolic claims. His name is swallowed up in the sea of clickbait articles filled with outlandish quotes. Characters such as Tyson Fury, Gervonta Davis or Billy Joe Saunders are constantly pushed to the top of boxing news. The squeaky wheel gets the oil in short. This characteristic may make Dubois hard to market for the big fights.

It should be remembered that there are levels to boxing. You have the beginner trail; the Tom Littles, the Razvan Conjanus. Then you have the intermediate level, the Kevin Johnston’s and the Nathan Gormans. Now he is at the precipice of the next level; the gatekeepers of the sport. This includes the likes of Alexander Povetkin, Derreck Chisora, Kubrat Pulev, Carlos Takam and Michael Hunter. Before he graduates to this level he needs to get through Olympic Silver medallist Joe Joyce.

Joyce is no walk in the park and should be considered a worthy opponent. He competed in the World Series of Boxing as an amateur and has picked a swag of silverware along the way at this level. He even fought a young Dubois when he was 26 years old when Dubois was just 17. At 10 and 0 with 9 wins by way of knockout, Joyce has power and the skill to go far. However, Dubois is too fast for the slow pace and hand speed of Joyce. Joyce gets hit too much; namely he suffers counters and left hooks due to his low right hand and he has a lack of head movement. Joe’s eagerness to trade will open him up to too much punishment from the box-smart Dubois who can engage, exit, reset and repeat. Joyce will have some success and it will be a great opportunity to see if Dubois is able to take a punch and go into the later rounds with a credible opponent. But the pedigree of skill of Daniel Dubois combined with the explosive power is going to be too much for Joe Joyce.

After Joyce, Dubois should focus on attainable targets and curb his contender attempts for when he has more experience. He has not yet been in any real danger, going 10 rounds once with an uninterested and clinching Kevin Johnston who was there for a pay check. All other fights were stopped before round 6, most inside 2. We have yet to see Dubois chin get tested or see him against an adept outboxer who can match his lengthy jab. Or a rough slugger who can tempt the disciplined youngster into a bar fight. Or even someone who can make him work for 12 rounds. Hopefully Joe Joyce will bare him to some of these elements.

As for talk surrounding Deontay Wilder and Dubois; despite what many boxing purists and casual fans alike state, Deontay should still be considered an elite level contender. The man has 41 knockouts in 42 bouts (some knockouts of uncertain quality. Others very much not) and defended his title 10 times in 5 years. He can remove a man of conscious thought with one punch and has developed his own unique style to connect with it. Just because Tyson Fury managed to solve Deontay Wilders cheat codes doesn’t mean they won’t work against everyone else.

Although Dubois has more weapons in his arsenal, his inexperience at world level against a tough former champion will only be magnified under the high pressure lights of the MGM Grand or Madison square Gardens. Just ask Anthony Joshua how his American debut went. Deontay Wilder is too much of an undertaking at this juncture and it very well might damage his career. It’s hard to imagine Dubois moving around the ring with the same finesse as Tyson Fury to avoid the right hand or being able to knock him out without committing to a dangerous style. Bob Arum, Tyson Fury’s promoter certainly doesn’t think he can from his interview with Boxing Social, saying it is too early for him for this sort of step up. Ironically, one of Dubois downsides, his Un-marketability, especially in a tough American market for British boxing talent, may prevent this fight from happening too soon. And let’s hope it does, as it would be a shame for this stick of dynamite’s fuse to be put out prematurely.

Dubois won’t be taking the world by storm in 2020 but one day, eventually, he will.