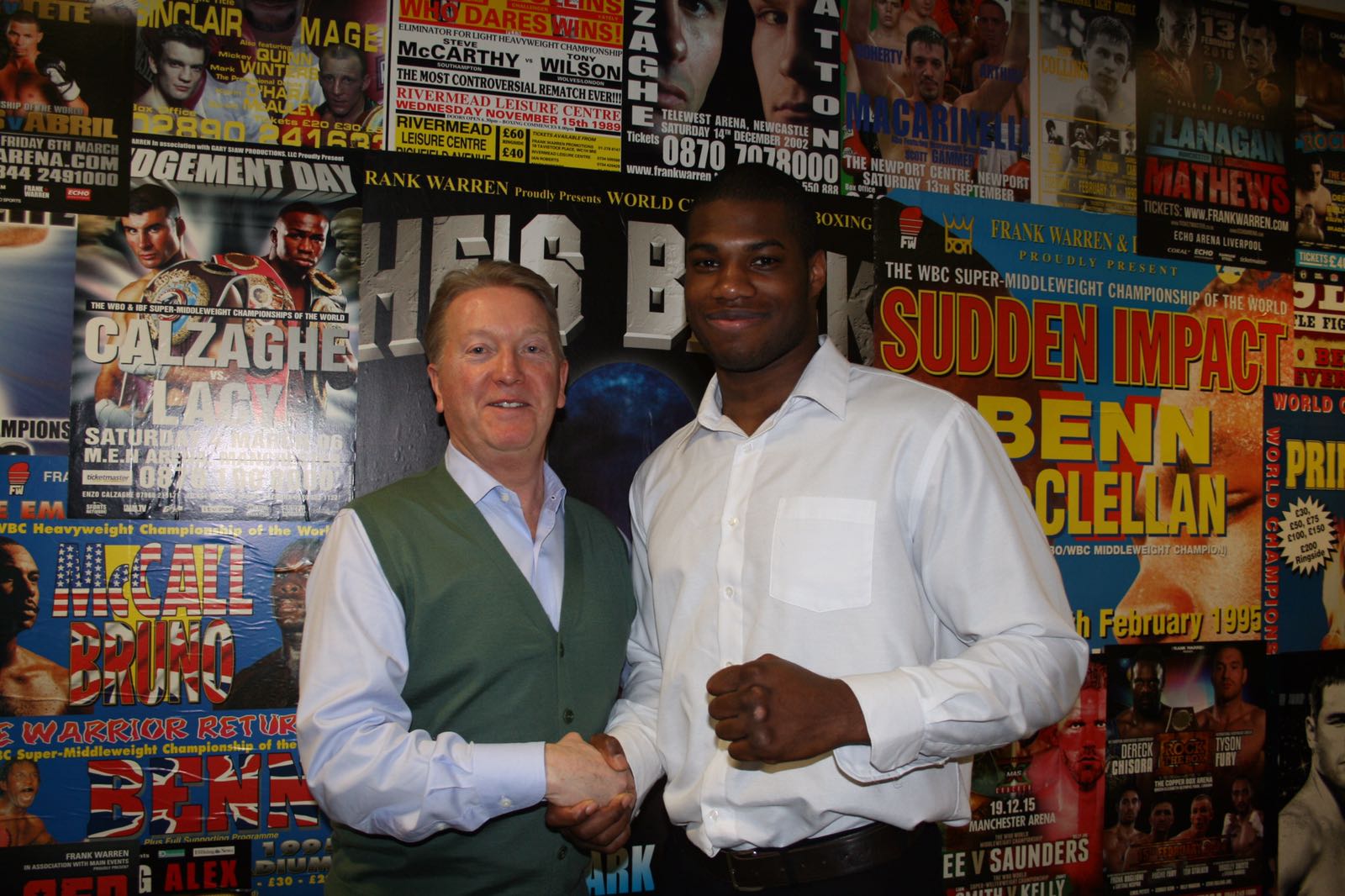 In the upper tiers of the sport, the British heavyweights are enjoying a real renaissance. Of course, the division is led domestically by world champion Anthony Joshua, who has won all 18 of his professional contests by knockout, with his 19th coming in April against wily veteran Wladimir Klitschko at Wembley Arena, an event that will sell close to 100,000 seats. Hughie Fury pledges to join him as a champion in April, his big cousin Tyson Fury is promising a comeback this year and David Haye is still a domestic threat, while Dereck Chisora and Dillian Whyte were awarded the British Fight of the Year in 2016 after their barnstorming December showdown.

However, in celebrating the global exposure of the above athletes, we should also keep tabs on the division’s grassroots, as some prospects with enormous potential are starting their careers as professionals. One such prospect is Daniel Dubois, who has recently signed a contract with promoter Frank Warren. Already, Warren is very excited for the 19-year-old’s future. “There were a lot of my competitors trying to tempt Daniel to join them, so I am delighted he chose to sign with me. He is confident, articulate, charming, and a genuine prospect… it has taken me nearly four decades to find a Daniel Dubois.”

Why the furore? Well to start with, the 19-year-old is a veteran of 70 amateur contests, winning 65 of them, many of which were at a high standard of competition. He holds a Junior ABA title and a senior title from the GB Boxing Championships, and was being touted as one of the future stars of the GB squad for the 2020 Tokyo Olympics before he left the amateur code for the paid ranks. He has power in both hands, and his debut performance will see him ushered straight onto the big stage in Manchester, where he faces a to-be-named opponent on the Liam Williams – Liam Smith undercard.

As if that wasn’t enough, he has been sparring with aforementioned IBF champion Anthony Joshua, as well as Olympic silver medallist Joe Joyce, and has reportedly held his own with each of them. “It was a good experience for me,” he said on BoxNation. “I acquitted myself well against some of the best fighters in the world, {including] the world champion. It toughens me up when I’m sparring with those guys. They don’t hold back, I don’t hold back, it’s proper sparring.”

Naturally, the fanfare greeting a new pro is usually dependent on their results in competitions like the World Championships or the Olympics, and some would say that Dubois has dampened his chances a little by not extending his amateur career further. This doesn’t wash with Warren: “Being an Olympic champion is always a great bargaining chip. But as I pointed out to [Daniel], some of the greatest world champions I have been associated with, like Nigel Benn, Naseem Hamed and Joe Calzaghe, never went to the Olympics [either].”

The focus is very much on the future, rather than things that could have been. “I’m confident in my abilities and want to be knocking on the door for a world title by 2020. I have a brilliant team behind me and now it’s time for me to knuckle down and show people what I’m capable of. 2017 is all about keeping busy, staying in the gym and listening to the advice of those around me.”

“Daniel [was] one of the best, if not the best, young heavyweight amateurs in the world today,” believes Warren. “I’m so pleased he has decided to team up with us and I’m looking forward to him making his debut soon… there’s a big buzz around what he’s done in the gym, sparring with the likes of Anthony Joshua, Joe Joyce and Dereck Chisora. I really do believe he’s going places and we’re going to work together to ensure that happens.”