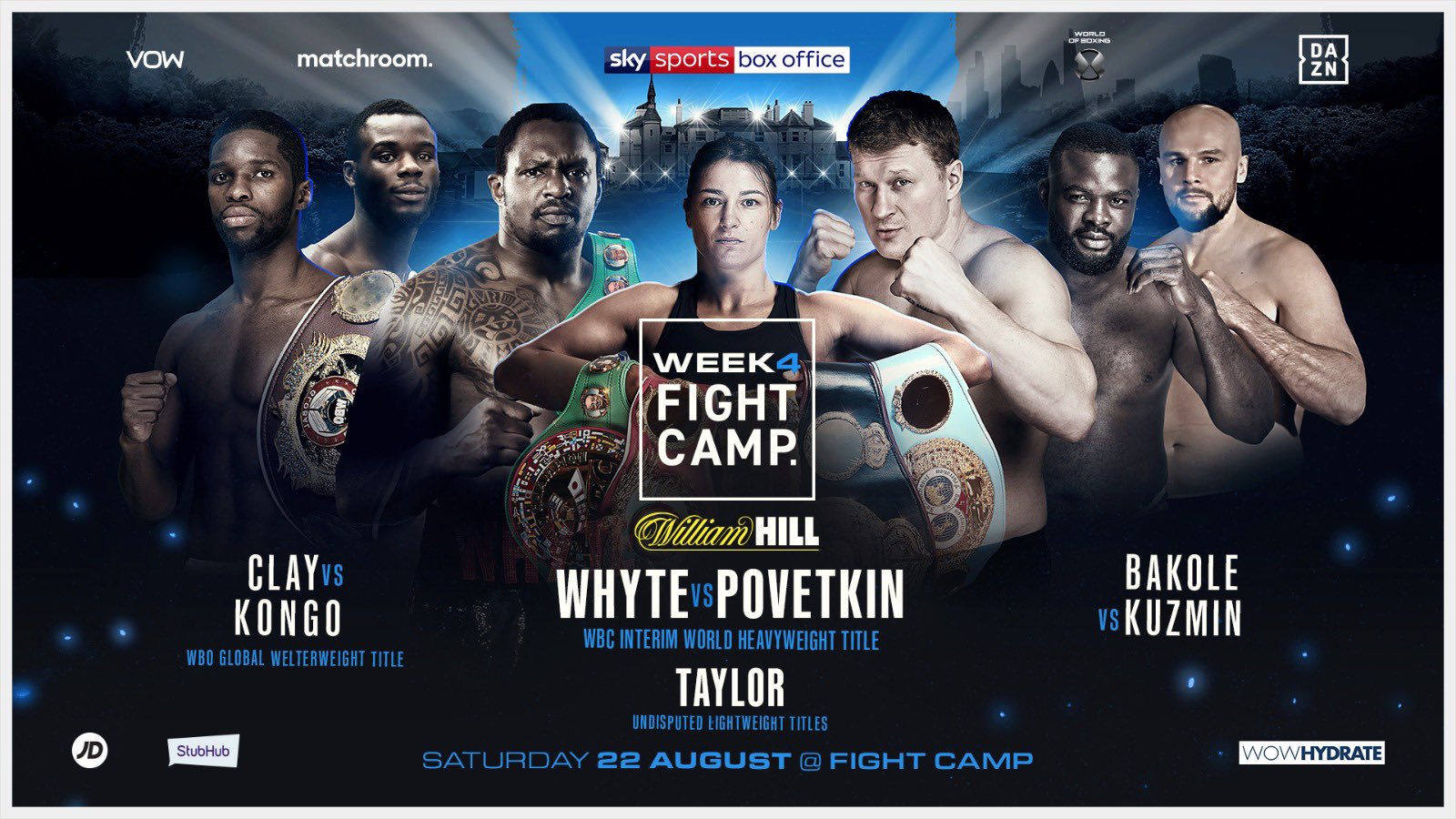 After much anticipation, this afternoon on Sky Sports News, Eddie Hearn revealed the fight schedule for Matchroom’s Fight Camp, which will be hosted at the promoter’s back garden.

Four stacked weeks of action elevate what is already a scintillating schedule for August, as British boxing makes its long-awaited return following the COVID-19 pandemic.

The schedule culminates in spectacular fashion on Saturday August 22, as Dillian Whyte looks to cement his case for a heavyweight title shot against the powerful Russian Alexander Povetkin.

The overall schedule gets underway in exciting fashion on Saturday August 1 as ‘The Savage’ Sam Eggington, who is synonymous with entertaining fights, puts his IBF International Super-Welterweight title on the line against Ted Cheeseman in a guaranteed barnburner.

Fowler was last out on March’s Manchester card, where he earned a routine stoppage victory, a victory for ‘The Machine’ will likely set up a huge rematch against domestic rival, Scott Fitzgerald.

Adam Smith, Sky Sports Head of Boxing Development, said: “Eddie Hearn has supplied a sizzling summer schedule in August, starting with three Sky Sports shows packed with British talent. Sam Eggington against Ted Cheeseman should be a classic clash, while the exciting trio of Jordan Gill, Fabio Wardley and Dalton Smith will be eager to impress.

“Terri Harper has already endeared herself to fight fans with her remarkable success story, but Natasha Jonas is a genuine threat as we return to Matchroom HQ with a high-class World Title fight. Anthony Fowler and Chris Billam-Smith have big ambitions and cannot afford slip-ups on the same bill.

“Felix Cash defends his Commonwealth belt against the dangerous Jason Welborn on our third action-packed show. We’ll get another chance to see Shannon Courtenay in action – she is a rising talent with an entertaining style – and it’s a perfect platform for Kieron Conway and Zelfa Barrett to showcase their skills.

“Fight Camp ends with fireworks as Dillian Whyte risks his World Title ambitions against the big-hitting Alexander Povetkin, live on Sky Sports Box Office. Katie Taylor can cement her status as one of the sport’s finest fighters when she returns to action on another fantastic bill. We’re back with a red-hot line-up of live boxing.”