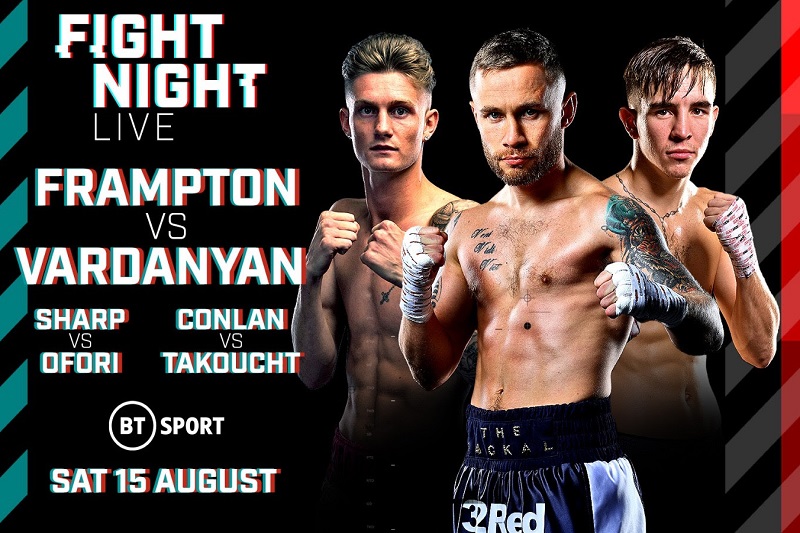 It has been confirmed that both Carl Frampton and Michael Conlan will return on Saturday 15 August, on a stacked card from the BT Sport Studio.

Frampton described the fight as ‘a must-win’ fight as he looks to progress his ambitions to become a three-weight world champion.

The decorated pair add to what is already an exciting card, as Archie Sharp puts his WBO European super-featherweight title on the line against Jeff Ofori plus unbeaten sensations Troy Williamson, Dennis McCann and Paddy Donovan also return.

Frampton is back following his extremely impressive performance against Tyler McCreary in November, with the Jackal dropping the American several times on his way to a unanimous decision victory in Las Vegas.

He now goes up against Latvia-based Armenian Vardanyan, as he looks to stay busy ahead of a potential future clash with WBO super-featherweight champion Jamel Herring, and the chance to become a three-weight world champion.

Conlan’s last outing saw him gain revenge over Vladimir Nikitin at Madison Square Garden in December, before a planned return to New York in March was called off due to the ongoing pandemic.

Frampton commented: “I’m excited to get back in the ring, especially as I was unsure at the start of this lockdown about whether I’d get the chance to fight this year at all.

“The Jamel Herring fight was meant to happen in the summer but got ruled out, so this is a fight that keeps me busy and keeps me active.

“Hopefully I get the win here, and then we can have the Herring fight for the world title later this year or in early 2021, and it gives me the chance to become a three-weight world champion.”

Conlan added: “I’m delighted to be back boxing again. I haven’t stopped training throughout lockdown, so I’m coming in prepared and I expect to put on a big performance.

“I’m interested to see how it will be fighting in front of no fans, but I’ve done it before in the amateurs so experiencing that again is something I’m looking forward to.

“Takoucht has over twice as many wins as I have fights, so he’s a very experienced fighter and a southpaw that can cause problems when he wants to.

“He’s a good fighter and a much higher calibre opponent than I’ve had so far. He’ll be confident, but I’m in fantastic shape and I’ll go in there and destroy him.”

Top Rank CEO Bob Aurm said: “What a tremendous opportunity for fight fans to see Mick and Carl fight on the same card.

“Carl and Mick are closing in on world title opportunities, and I expect spectacular performances from both men.”

MTK Global Vice-President Jamie Conlan added: “We’re extremely proud to be working with Top Rank and Queensberry Promotions to have Michael and Carl star on this memorable show. We’ve always had huge support in Belfast and a double header like this is sure to unite the city in support, and hopefully celebration.

“Michael is back after a fantastic win over Vladimir Nikitin in December, and now faces former world title challenger Sofiane Takoucht. Michael is determined to challenge for world titles as quickly as possible, so this is a great fight to keep him on course to do just that.

“It’s brilliant to have Carl back too. I was in Las Vegas to see him beat Tyler McCreary in November, and it was a sensational performance. He now has the chance to build on that momentum, as he looks to become a three-weight world champion in the future.

“The show is jam-packed. This is a must-see event on ESPN and BT Sport, and I can’t wait for it all to unfold on August 15.” 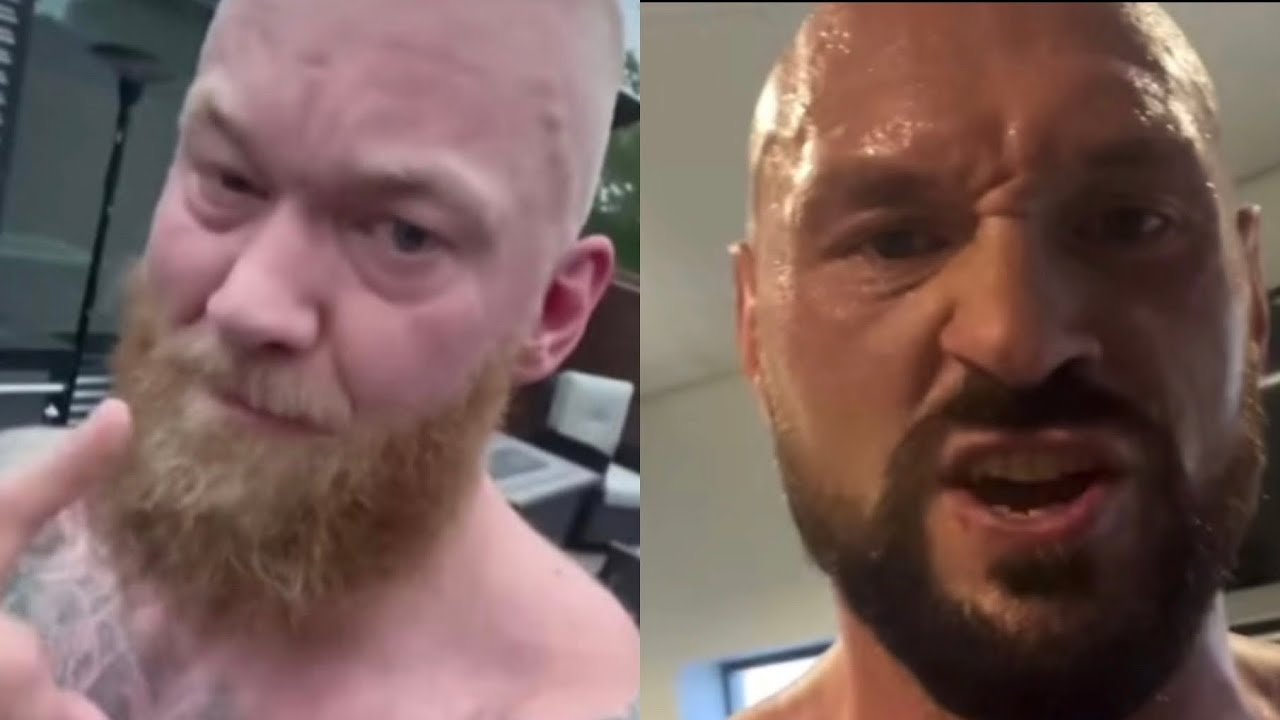