Carwyn Herbert: A boxing year almost contempt, yet there are positives from being exempt 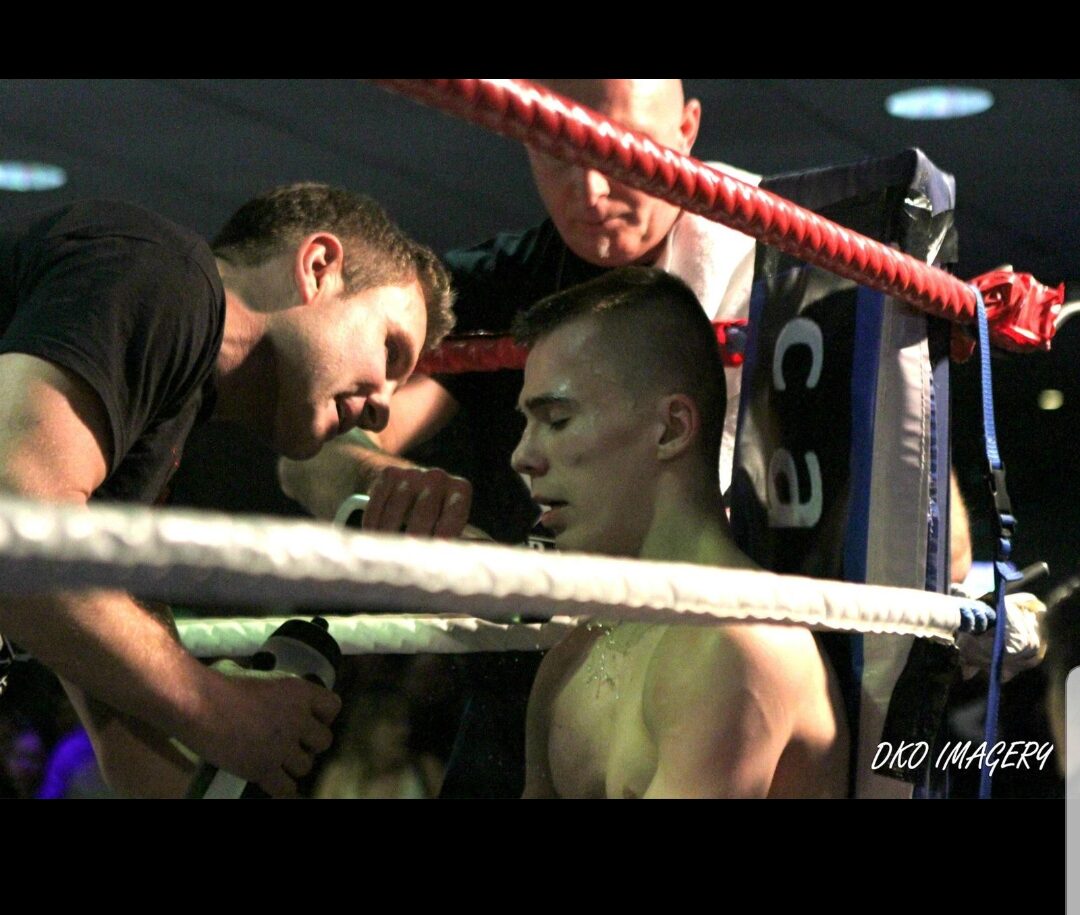 When it’s back it’ll be Huthwaiteing for: Nottingham pro, Carwyn Herbert writes for BBTV detailing the current state of play at the Huthwaite boxing gym and why they are ready for when opportunity knocks

Winter evenings have often been filled with busy high streets as people get in their last bit of Christmas shopping along with social gatherings in the lead up to the festivities yet in the winter of 2020 things look very different as the high streets sit empty, the pubs shut and there are very few people on the streets.

The cold nights setting in, most people are settling down in the cosy warmth of their home ready to watch a boxset in their own bubble. Yet in a little village on the outskirts of Nottingham called Huthwaite there’s a light outside a building made of bricks and steel sheets painted black in the mould of a traditional boxing gym, and as you walk down the path towards it you can hear some bangs coming from within.

As you get closer to the light you can see it over the sign reading Huthwaite A.B.C, veer to the right and pass through what looks like a jail cell door before opening the real door you enter a gym where a group of honest fighters are working on their craft.

Unless they’re fighting on the televised shows, title fighters haven’t been in the gym and the ones below title level have been less due to having nothing to work towards. Yet with the government’s guidance that pugilists have elite athlete exemption to train, a group at Huthwaite are making the most of the time.

Scott Calow runs the professional side of Huthwaite boxing gym with crew of dedicated assistants which includes ex-pro Jordan Turner and Kevin Henshaw.

Calow’s got his fingers in the other pots in boxing as he promotes and manages fighters though he’s started putting more focus on training his fighter since growing concerns over his managed lads being underprepared going into fights. That mistake won’t be repeated as the fighters are putting in the work with some travelling from an hour away to for the sessions.

There’s a healthy mix of contenders, competitive journeymen, and prospects within with the banter also reflecting that. Banter doesn’t come hard when you’ve got 2 gingers, a vegan, someone who lost their hair at 20 and someone who barely cracks a smile. That’s an important part of the gym, when they’re enjoy training it makes them want to go and as the saying goes a happy fighter is a dangerous fighter.

With 24-year-old Super-middleweight Jack Hutsby awaiting a rearranged midlands area title fight which was recently cancelled due to the 4-week lockdown. With a record of 4 wins, no losses and a draw Calow couldn’t hide his excitement when the bout was announced.

After having a mixed start to his career with 2 wins and 2 losses, Ilkestons Kyle Hughes has followed Hutsby to Huthwaite after his last fight. Having worked with Kyle for 6 months, Scott comments “The improvements that Kyle’s made in 6 months is incredible, he’s a different fighter now and I’m excited to see him showcase this when things get going again”’.

Also following Hutsby and Hughes are undefeated duo Super middle Jordan Ringham and Super welter Sam Spooner. 2- 0 and 1-0 respectively, both have joined following their previous trainer moving away from the sport.

Beeston’s 24-year-old Joe Underwood Hughes has trained under Calow having been introduced by one of Calows previous charges in Nathan Kirk, and he will be navigated towards a midlands area super featherweight title shot when boxing resumes. A very exciting prospect in the ranks is England International amateur Marcus Ellis who’s skills help push the others to raise their own levels, and

when his eventual move into the pro ranks does happen there will be a queue of suitors for his signature.

Former elite amateur Jordan Bradley has recently turned pro and is approaching the game with the exact same mindset as he did in the unpaid ranks as he will fight anyone, anywhere and will be difficult nights work for anyone.

Macauley Cartwright is another elite amateur joining the pro ranks at this stable with an awkward southpaw style that will cause problems. I’ve recently been working there having long overcome the injury that kept me out for so long as I work my way back to action.

There are exciting times ahead and although covid has stopped the world moving, Calows’ boxers are working behind the scenes to make sure that when the world resumes that they’re ready as they hone their craft to be better than ever.

When asked what the camp or group of boxers were called Calow shrugged his shoulder saying “I’ve never thought of one” which sums it all up as there aren’t any gimmicks just work being put in. Stay ready so you don’t have to get ready is a common inspirational quote though with breaking stories of a vaccine the time to be ready could come anytime and in a small shed in Huthwaite there is a group of fighters meticulously preparing for when it does. 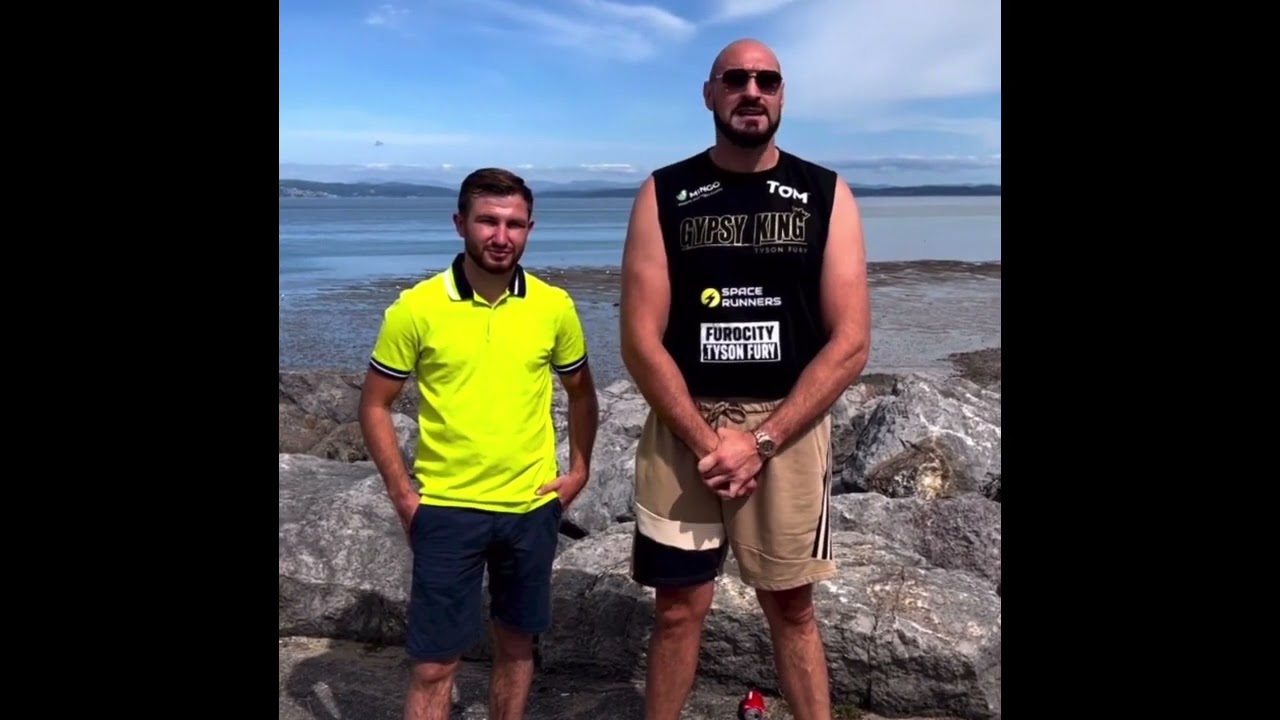 “NOBODY WANTED TO FIGHT ME” OVILL “THE UPSETTER” MCKENZIE OPENS UP-FIRST INTERVIEW SINCE RETIREMENT!