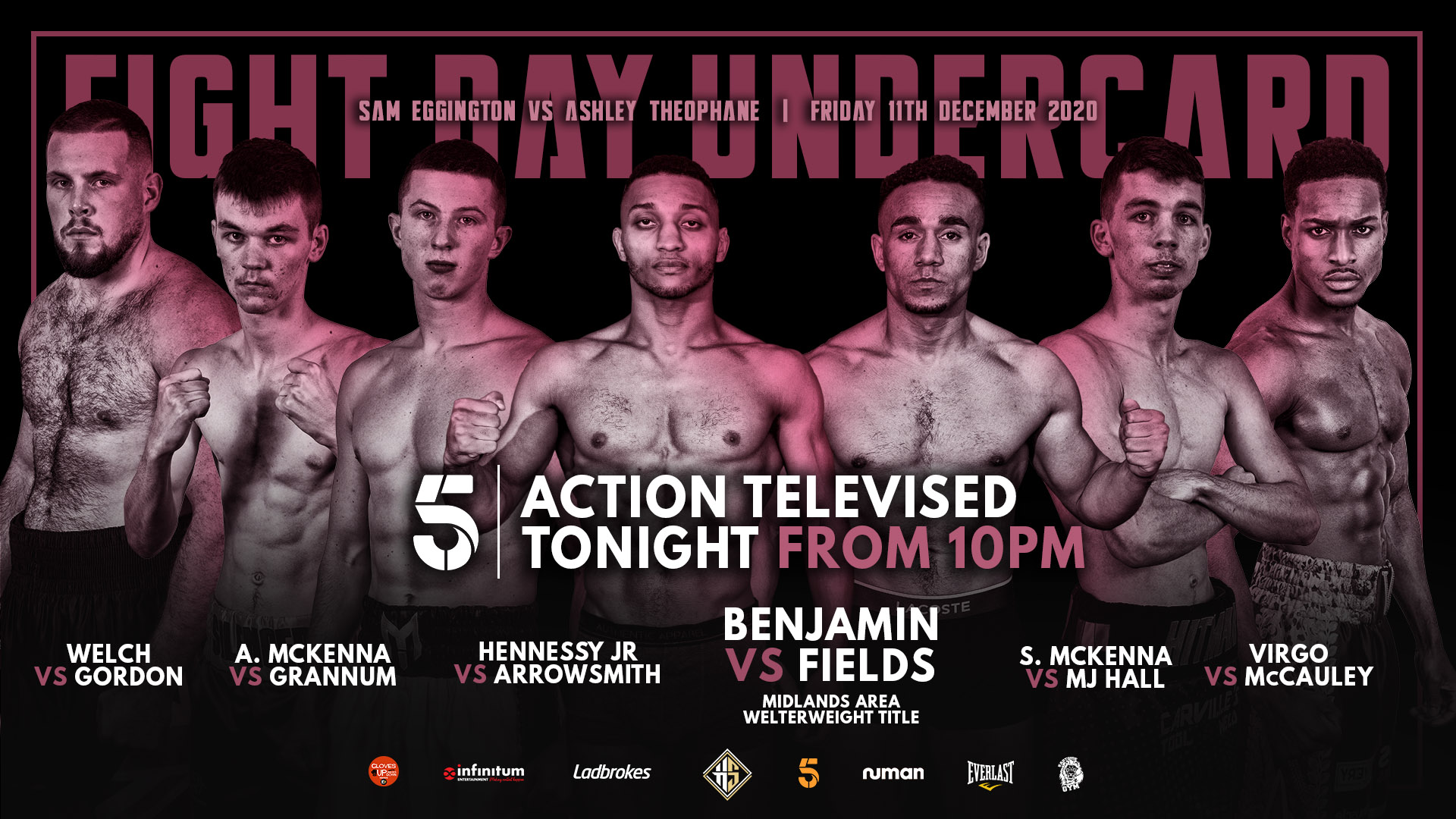 Heavyweight Tommy Welch sets out on the road to emulate his father Scott and become a British Champion when he makes his professional debut this Friday night in Redditch on the undercard of the Sam Eggington-Ashley Theophane showdown, live on free-to-air in the UK on Channel 5.

The 25-year-old from Brighton is trained by his dad and he’ll be in the corner on the momentus night when his son begins his pro career in a four-round contest against West Bromwich’s Matt Gordon.

In the amateurs, Tommy had 38 fights with 29 wins and won a plethora of titles, including four National titles, a Junior ABAs, Three Nations titles on three occasions, two NABCs and the Haringey Box Cup.

He had a period of disillusionment after leaving the amateur code, but with his head and heart now firmly set in the pro-ranks, he’s ready to make a big impact in the fight game.

“I can’t wait to finally do this on Friday,” said Tommy.  “It has been a lifetime dream to go professional and of course become a champion like my father.  The first things I put on were a pair of boxing gloves before a pair of shoes so that was a sign I knew I’d follow in my dad’s footsteps into boxing.”

“Of course there are going to be comparisons between me and my dad and what he’s achieved.  If I can achieve half of what he’s done then I’d be a proud man, but I’m in this sport to be the best I can be so I’m aiming for the British title and beyond and if I can go that one step further and win the world title then I’ve done great.”

Scott “The Brighton Rock” retired in 1999 after a seven-year career that saw him win the Southern Area, WBO Intercontinental, British and Commonwealth Titles and challenge for the WBO World title against Henry Akinwande.

He’s well known for his appearance in film director Guy Ritchie’s hit movie Snatch in 2000, when he played bare knuckle fighter Horace ‘Good Night’ Anderson and had a famous fight scene against Hollywood star Brad Pitt.  A successful businessman, Scott also dedicates his time as the Chairman of the WBC Cares UK initiative.

Scott said, “I’m mighty proud of Tommy for getting in the ring, he needs to be his own man and do his own thing now, but I’m I’ll always be there one hundred percent for him.”

“I know how hard this sport is and I’ve given him the best advice and support to steer him, but he’ll experience this along the way for himself,”

“He’s been around the sport all his life and travelled with me and he’s met all the greats like Lennox Lewis, Evander Holyfield, Larry Holmes, George Foreman, who’ve all given him words of advice,”

“He’s got himself into incredible shape with the help of Ben Pringle, who’s part of our team, and I’ve never seen him so focused and determined so I can’t wait to see him get on his first step on the pro ladder,”

“He’s got all my attributes, but I believe he’ll be better.  I’ve always believed he’s something special now it’s down to him to achieve.”