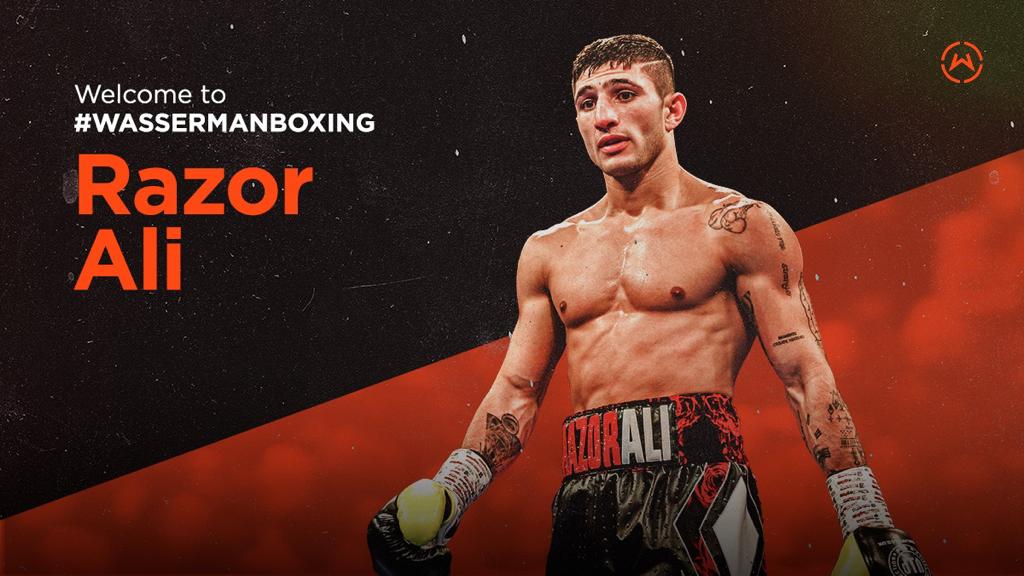 “I’ve done it the hardest way” Razor Ali aims to make one of life’s greatest comebacks.

The brutality of boxing is there plain to see, a small part of what makes the sport so compelling. For some, however, getting in the ring pales into insignificance. The story of Alireza Ghadiri “Razor Ali” is one few Hollywood scriptwriters could write, one full of anguish, tragedy and ultimately hope. When Razor Ali takes to the Wembley Arena stage this Saturday night the Iranian bantamweight will know one thing. It can’t be harder than what came before.

Ali’s story begins in Tehran and a childhood where growing up fast wasn’t a choice, it was a necessity. Aged two his parents divorced, his mother tired of a heroin addict father that showed little sign of change. Going to live with his grandparents some normality was resumed before aged just six tragedy struck. Driving with seven family members Ali was involved in a collision. The six-year-old was the only survivor, grandparents, aunts and uncles killed. Ali remembers agonising days in hospital dealing with the horrific burn wounds that came with it.

“There should be a reason if everyone died and I didn’t.”

Ali went back to his mother. Some time later upheaval returned, with a young Alireza kidnapped by his errant father. His father still unable to leave the stranglehold of heroin addiction, the Iranian spent a year with him, his mother with no knowledge of where he had been taken.

Desperate for money, Alireza’s father struck a deal with a woman. Alireza was to be sold by his own father. Fortunately for Ali the deal fell through, the woman refusing to pay the money without first seeing the boy, something his father refused. A few months later, high on heroin his father set Ali free, “go find your mother”.

“That day I was the happiest boy in the world.”

Alireza on being reunited with his mother.

But returning to his mother once more coudn’t be further from the end of Razor Ali’s struggles. Tehran is a tough place, that much most people know but the area Ali grew up in was one of the harshest of the lot. Rape, robbery, violence, Ali wouldn’t dare look in people’s eyes for fear that they would stab him for giving the wrong glance.

“I was about to die many, many times”

Razor Ali on growing up in Tehran

Learning to fight wasn’t something set up in a self-defence class or honed in a boxing gym, it was a part of growing up. But it was learning to take care of yourself that did eventually provide one way out.

A tough young man Ali took up kickboxing and was quickly catapulted into situations far beyond his age. Having won titles in Iran, Alireza’s name was noticed enough to earn him a flight to China. Alone, just sixteen, with no idea of who he was fighting Ghadiri turned up at the venue to TV cameras and a hostile crowd. Ghadiri was to fight a Chinese world champion, ten years his senior. Ghadiri would lose and return home.

But despite some success Tehran still provided Alireza with a false choice. Streets full of violence or a home suffering the grief of a family ripped apart in a fatal split-second. Iran for Alireza held little hope.

Making his way at Repton ABC.

Aged just eighteen, Alireza made the change, leaving all that he knew for a country thousands of miles away. Homeless, living on the streets it was in West Ham that Alireza began to find his new home. At Repton ABC Britain got it’s first glimpse of “Razor Ali”.

Sparring the men of East London, Alireza was moved on fast and in just 10 amateur bouts won Haringey Box Cup titles in 2017 and 2018. A talented kickboxer had proved very handy with his fists.

Razor Ali’s early success earned him a move to the professional ranks and in October 2019 the bantamweight made his debut, winning every round against Edward Bjorklund. A month later he was back out, another shutout, this time against Bayardo Ramos before a conclusive six round win just three months later against Jose Aguilar.

Then the COVID-19 pandemic struck and with it his progress was halted in his tracks. His last fight in February 2020, Ali was back at square one. Another setback but for once in this bantamweight’s life one he would ultimately thank.

Alireza Ghadiri is a story too good to tell and a fighter too good to ignore. Slick, tireless and tough when Wasserman entered the arena in March 2021 they promised big name fighters and a shake up in boxing. But it is signing boxers like Razor Ali that they may have made their shrewdest move.

In providing Ali that opportunity they sign a man hungrier than ever.

“This opportunity means the whole world to me”

Razor Ali on signing for Wasserman

A fighter who will enter Wembley Arena, the stage set for the biggest night of his life, knowing he has faced challenges far greater before.

Ali’s opponent on Saturday hasn’t been announced and he will face stiffer tests to come. But be sure to look out for the Iranian down the line. With world title ambitions and a story to match Razor Ali could go all the way.