Tyson Fury will pick another opponent if Dillian Whyte fight isn’t made for March! 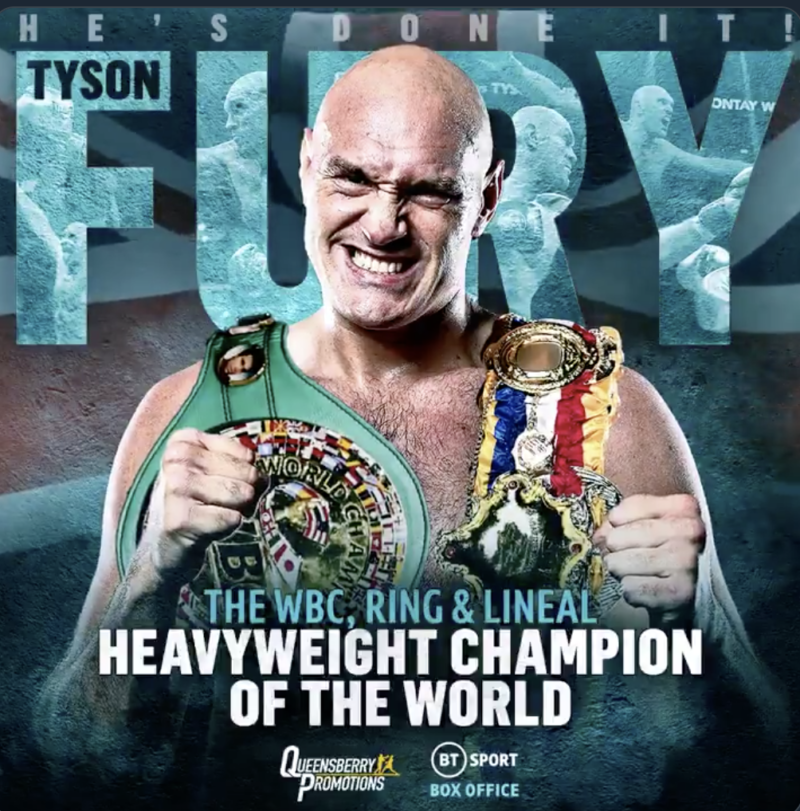 “We’ve got to get Tyson back in the ring by the end of March!”

Unified heavyweight king Tyson Fury may relinquish his WBC heavyweight belt and look a new opponent if the proposed defence against fellow Brit Dillian Whyte does not materialise by March, according to American promoter Bob Arum.

Earlier this month Mancunian Fury was ordered to face mandatory challenger Whyte in his next fight, but the ‘Gypsy King’ may have other plans which could see him go in another direction if the fight cannot be organised and confirmed for early 2022.

“If we can’t come to a deal with Dillian Whyte, we’ll do a fight for the Ring Magazine belt and the ‘lineal’ title and we’ll pick another opponent,” Arum told talkSPORT.

“We’ve got to get Tyson back in the ring by the end of March.

On his discussions with promoter Frank Warren, Arum added, “Frank and I are determined to come to him with an opponent that’s acceptable and we’d love to do that fight in Cardiff.

“Andy Ruiz Jr is a possibility, Joseph Parker I see had a good victory over Derek Chisora.

“(Parker) could be a possibility, and we’re looking at a couple of other names that might be appropriate.”