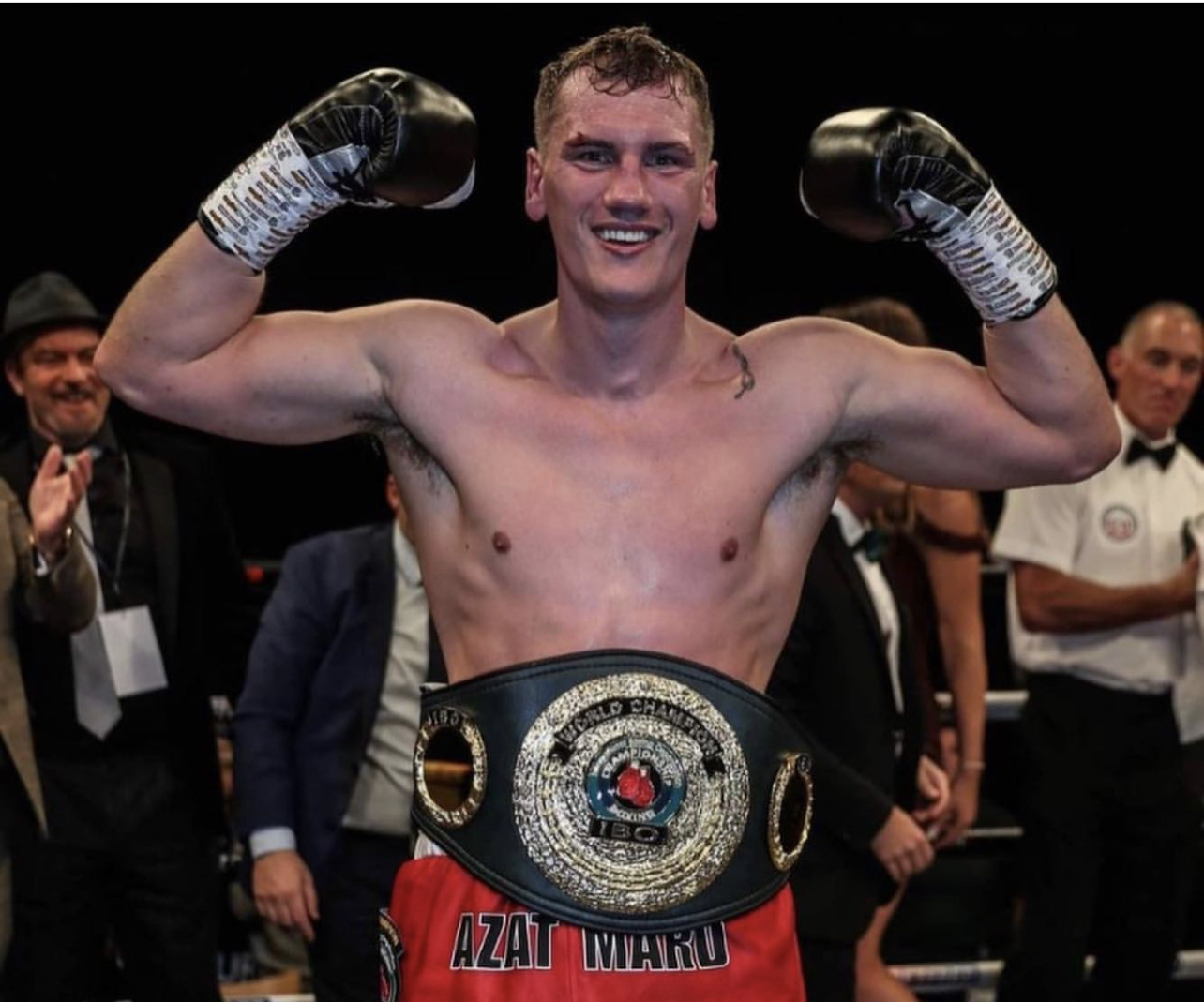 “I’m loving being a world champion and it would be brilliant to make my first defence in Manchester against him, maybe at the Arena!”

Could a huge all-British dust-up for the International Boxing Organisation (IBO) World Cruiserweight Title be on the cards next year?

After his recent win over Dilan Prasovic, the first name on Londoner Isaac Chamberlain’s lips was newly-crowned IBO ruler, Jack Massey – telling him ‘let’s get it on’!

Both men are flying the flag for the UK within the 14st 4lbs division. Brixton’s Chamberlain has lost just once in 15 outings – a 2018 points defeat to WBO World Champion, Lawrence Okolie; while Massey also has just one defeat in 20 – a very contentious 2019 British Title reverse to Richard Riakporhe.

Massey’s star is currently shining brightest though after his punch perfect and destructive third round KO of Belgium’s Bilal Laggoune last month to win the IBO belt. And all eyes have been on the cruiserweight division recently with the announcement that superstar Saul ‘Canelo’ Alvarez will challenge WBC holder Ilunga Makabu in 2022 in an attempt to become a five-weight world champion!

With Massey’s team planning a first defence of his crown for March/April next year, Jack says Chamberlain holds no fear as a maiden defence.

“We’ve sparred before and, after that, maybe he was just full of adrenaline when he called me out at ringside! Look, he got a good win, he’s a good fighter, so his team need to come up with the right offer and it would be a massive fight for the UK.

“I’m loving being a world champion and it would be brilliant to make my first defence in Manchester against him, maybe at the Arena. We’ve got some great fighters who could also be on the card like Mark Jeffers, English champ Charlie Schofield, and maybe even a rematch between Reece Cartwright and Shakan Pitters.

“It’s really exciting with the different offers coming in, but if the terms are right and it can be made – me against Chamberlain would be a great one for the British fans.”

Fight Academy’s Dennis Hobson said: “Now Jack is a world champion, there’s a few people calling him out and Isaac is just one of them in the queue.

“Jack now has something that a lot of people want and we’ve got a lot of options, including international ones. Isaac is doing well again after getting beat by Okolie, and good luck to him but I don’t even know if he’s eligible to fight for the world title!

“It’s a fight I’d like to do at some stage but there’s lots of options and we’re talking to a few people. I do like Isaac and he has ability but Jack is at a totally different level at this moment.”

Visit www.fightzone.uk and join the revolution