The Tyson Fury-Dillian Whyte merry-go-round appears to have finally reached a conclusive ending! Fight ON! 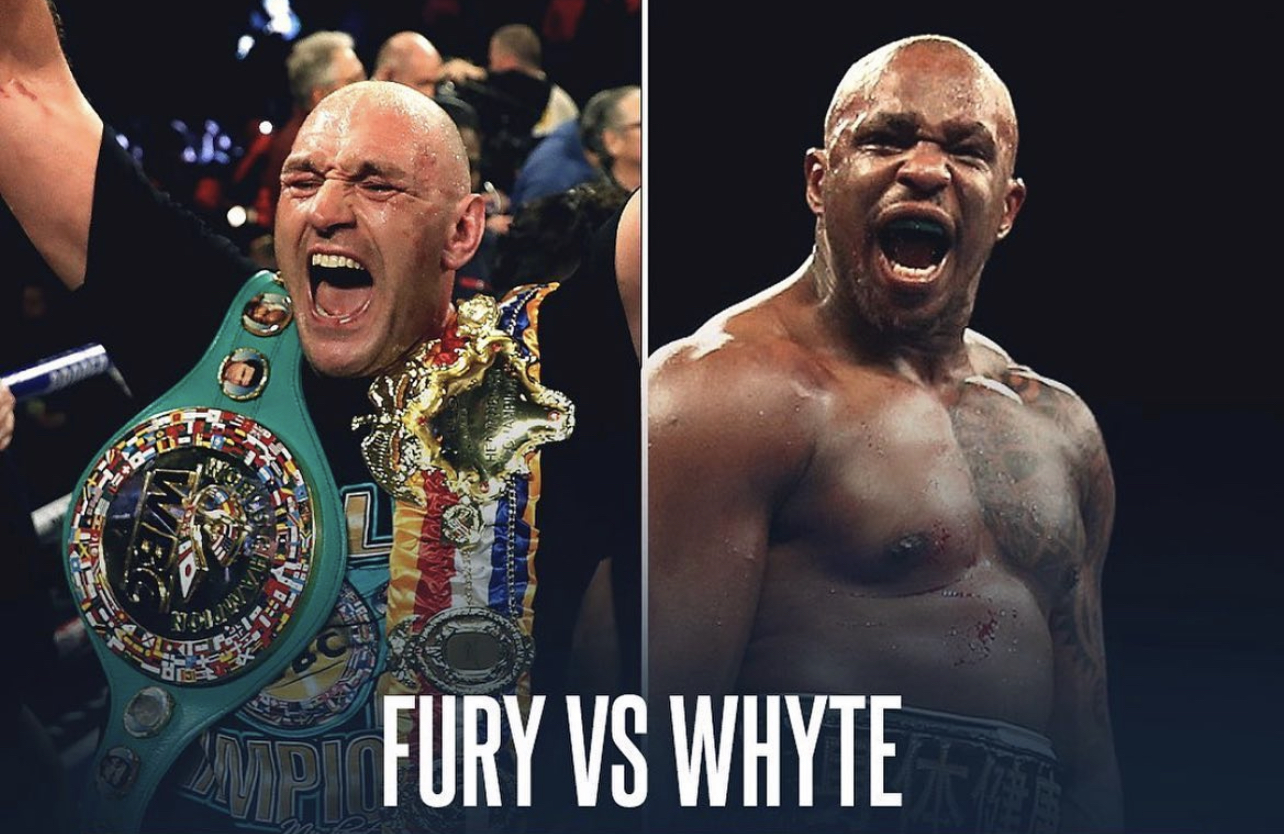 The Tyson Fury–Dillian Whyte merry-go-round appears to have finally reached a conclusive ending following Friday’s purse bid which saw Frank Warren and Queensberry Promotion secure a record-breaking victory with a whopping bid of $41 million. The only other bidder was Eddie Hearn and Matchroom Boxing, whose respective $32 million bid also broke the record for the highest purse bid in the history of the sport. The fight will be broadcast on BT Sport Box Office, with ESPN’s Mike Coppinger taking to Twitter to announce the rumoured target date to be April 23rd at Cardiff’s Principality Stadium. An official date and location is yet to be confirmed but Friday’s result proves a huge win for Warren and BT in what will be Fury’s first fight on UK soil in four years.

It brings an end to a rollercoaster of a week which began with rumours that former heavyweight champion Anthony Joshua was close to agreeing a £15 million step-aside fee, thus waiving his right to a rematch with Ukraine’s WBO, IBF and WBA champ Oleksandr Usyk, to allow Fury and Usyk to fight for the undisputed crown. Such a bout will have seen the division’s first undisputed champion since 1999 following Lennox Lewis’ unanimous points victory over the American Evander Holyfield in their rematch at Las Vegas’ Thomas & Mack Centre. Joshua quickly rubbished the rumours however, releasing a video stating that ‘he hadn’t seen or signed any contracts’ and told fans “don’t listen to the b******* unless it comes from him”. It was a day that set the tone for a series of ups and downs, left and rights, with it one minute appearing that the undisputed bout was very close to being announced, the next appearing we were again back to our original position with Fury facing his mandatory in Whyte and Usyk stepping in again with two-time champion Joshua following his conclusive victory first time around back in September.

Fury was active on social media throughout, releasing multiple videos where he appeared to mock and laugh at both Usyk and Joshua as well as ‘AJ’s’ promoter Eddie Hearn, even putting a poll out on Twitter asking “whether the bum will step aside”. Whyte meanwhile reiterated his intent to step into the ring with Fury, posting “I just want f***** war, that’s all I want is to go to war with the best” on his Instagram story. Usyk’s manager Alex Krassyuk told Boxing Social’s Rob Tebbutt that he’s 50/50 on whether his man would fight for all the belts next or if it would indeed be a rematch with AJ as a potential bout between the two champions continued to hang in the balance.

The purse bids for Fury’s mandatory challenge versus Brixton’s Whyte were slated to be held on Wednesday 26th January but were again postponed for a fourth time to the Friday due to the ongoing negotiations between the four respective parties, before Hearn told iFL TV’s Kugan Cassius on Thursday that Fury had decided “he doesn’t want to fight Usyk next” despite Joshua’s willingness to entertain a step-aside deal, proving the final twist in the saga atop the sport’s premier division.

Fury secures a purse of $29.5 million following the controversial 80/20 split in his favour handed down by the WBC a few weeks back, with Whyte making $7.4 million of his own. The winner will then earn an additional $4.1 million following a bout dubbed as “the biggest British dust-up since Lennox Lewis vs Frank Bruno’ by Fury on social media shortly after the result was announced.

There can be no doubting that the sport remains in good health following the bids, and boxing fans can finally look forward to a huge domestic showdown between two of the division’s strongest competitors as the sport continues to heal from the wounds inflicted by the pandemic.