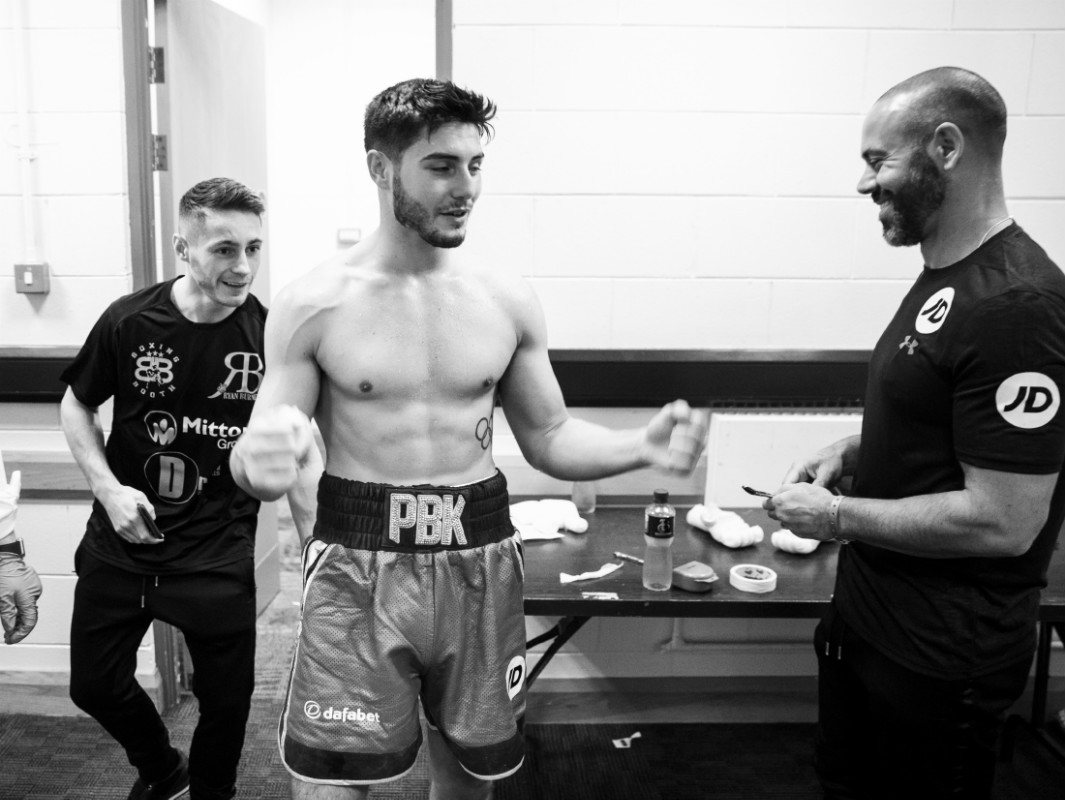 Kelly fights for his first title in just his sixth pro outing and first stadium appearance since turning over in April. The Team GB Rio Olympian has not needed to go beyond six rounds so far, with his last appearance an impressive sixth round stoppage win in his first scheduled ten rounder in London in December.

Kelly, who turned 24 today, now faces a huge step-up in class as he targets landing his first belt in the shape of former Super-Welterweight king Molina. The Mexican won his World crown in September 2013 beating Ishe Smith in his Las Vegas backyard and will provide Kelly with a stiff examination of the promise he’s shown in his first year in the paid ranks – but Kelly says that trainer Adam Booth is ready to let him off the leash.

“Adam said it’s time for me to step up, so let’s go,” said Kelly. “I feel this is a real test against a proven fighter. He’s a former World Champion so you can’t deny this is my biggest fight to date. I can’t wait to step between those ropes in Cardiff and propel myself into the mix.

“He’s never been stopped so it says a lot. Just look at the names on his record that he’s been in with, I know how tough he will be. The motivation is to win against any fighter is enough for me, I want to perform on the big stage – I’m very excited to say the least.

“I’m ready for this. I feel physically, mentally and emotionally ready to take this step up and have been for a fight or two. I’ve learnt a lot in the fights and in training over the past year and also got to know myself even more. The learning process never stops, there’s improvements to be made with each fight and every step up starting March 31.”

Kelly’s clash with Molina is part of a huge night of action in Cardiff as Anthony Joshua MBE and Joseph Parker meet in a World Heavyweight unification blockbuster.

Coach packages are on sale via www.seetickets.com with various pick up/drop off locations available throughout the UK.

For accessibility and wheelchair tickets – please contact the Principality Stadium via 02920 822432.

Official Hospitality packages are also available via Sportsworld via www.sportsworld.co.uk or by calling 0208 9712966

Authorities are strongly advising fans to allow plenty of time to get into both Cardiff and Principality Stadium and to plan their travel before purchasing a ticket. Details can be found via the Information tab at: http://www.principalitystadium.wales/events/v/joshua-v-parker-2018-03-31