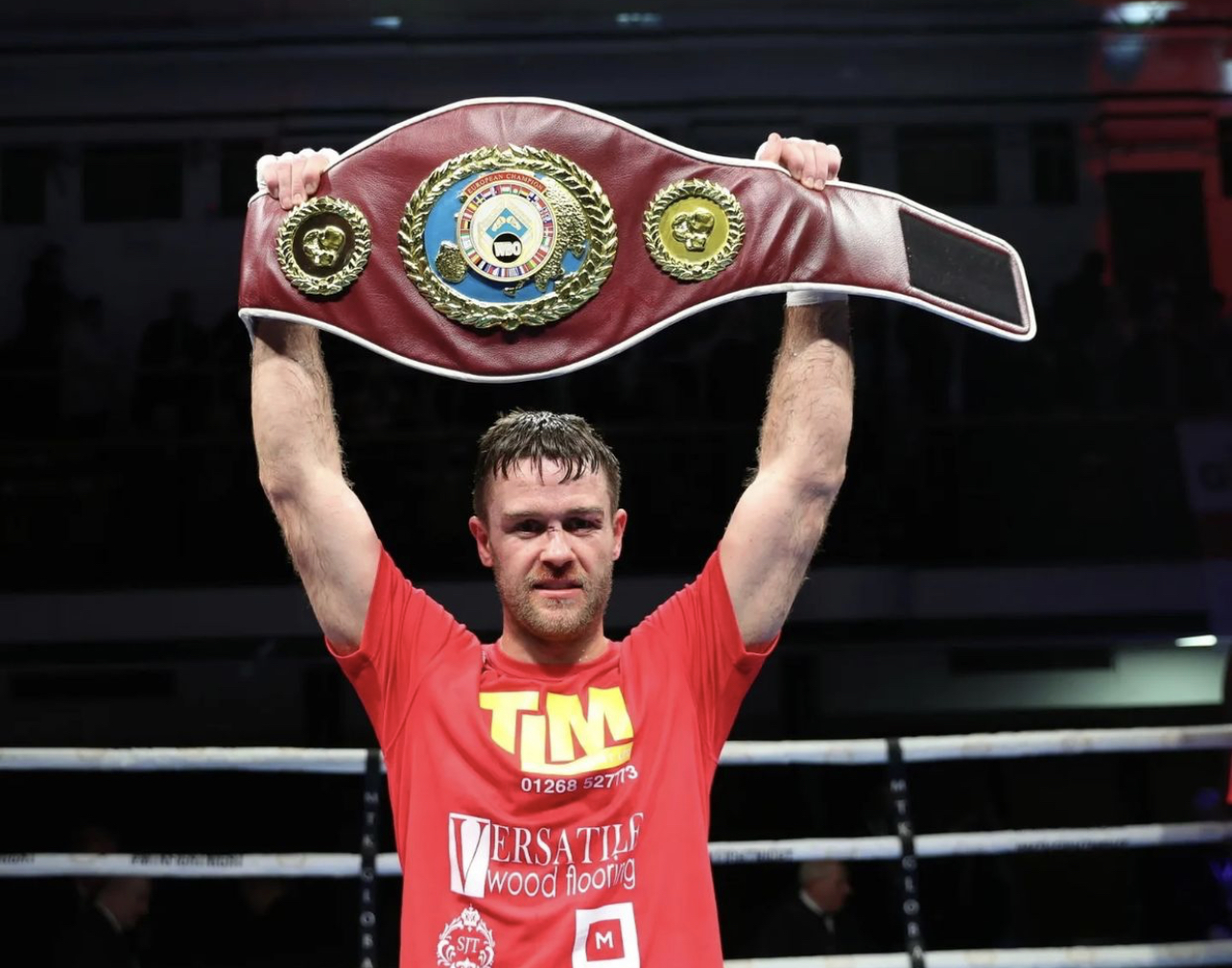 Middleweight prospect George Mitchell moved to three wins in as many professional fights as he cruised to a four-round whitewash of the eager but limited Russian Vasif Mamedov. Mitchell displayed strong discipline and good punch variety as referee Kieran McCann ruled him a worthy 40-36 winner.

Ireland’s Paul Ryan demolished CJ Wood inside a round, hurting the latter inside the opening fifteen seconds with an eye-watering left hook to the body. Wood was soon knelt in the neutral corner with a count being administered, and Ryan followed up with damaging, accurate hooks leaving his opponent tentatively bundling around the ring. A further hook to the body followed by a left uppercut to the chin left Ryan on the canvas again, with referee Chas Coakley smartly waving the fight off with thirty seconds of the opening session left. Ryan moves to three wins in three, two of which came by knockout.

Former ABA champion Bilal Fawaz also made his long-anticipated professional debut at super-welterweight against Vladimir Fleischhauer of Russia. The thirty-three-year-old Fawaz looked relaxed from the off, appearing to rock Fleischhauer with a straight right in the first round before landing barrages of lead and back hands in the second. The third saw even more punishment for the Russian as Fawaz began to let his hands go more, everything working off the jab with a display of superb accuracy, typified no better by the stoppage where unanswered lefts and rights to the chin of Fleischhauer left referee McCann with no choice but to stop the fight with a knockout surely only moments away. Fawaz expressed his desire to entertain in the post-fight interviews, with MTK promoter Lee Eaton highlighting the importance of keeping Fawaz active as he gears towards domestic titles.

Super-middleweight ‘Jersey Joe Giles’ made good use of his huge advantage in size to move to two wins in two professional outings against Gloucestershire’s Lewis Van Poetsch. Giles was made to work at times by the awkward Van Poetsch but never looked in danger of losing, winning every round on the card of referee Chas Coakley as he continues to develop in the pro ranks. Giles moves to 2-0.

Scottish super-bantamweight Lee McGregor battled to a slightly controversial draw against Argentina’s Diego Ruiz. There can be no doubting the competitive nature of the bout, with both fighters more than playing their part in each of the ten rounds contested, but McGregor appeared to be the tidier and sharper of the two. McGregor started the bout chasing his opponent down, with both men targeting the body early in the opening session. Ruiz landed a solid left hook to the head of the Scotsman which McGregor quickly brushed off, enjoying success with the right uppercut throughout the ten rounds. Ruiz did not stop throwing all night however and was never deterred by the work coming his way, demonstrating the resolute toughness shown in the past against the likes of Ireland’s Michael Conlan. Despite the admirable work of the South American, McGregor was the busier of the pair and arguably took the fight by a couple of rounds in an albeit competitive bout.

The main event for Friday night’s card was contested between Essex’s Danny Dignum and Kent’s Grant Dennis. The latter started well in the early rounds, displaying superb lateral movement and an ability to counter with the right hand, most of Dignum’s work falling onto Dennis’ gloves as he struggled to find his range. The bout burst into life in the third, a head clash causing a cut to the left eye of Dignum before another big right-hand crashes against the Essex man as Dennis stepped in to close the range. Dignum appeared to be growing frustrated at his inability to tie the mobile Dennis down in the opening three.

The popular Dignum did enjoy more success in the fourth however, seeming to finally find his range and asking questions of Dennis who up until this point had shown fleeting footwork as he sought to counter any work from Dignum. The crucial moments came in the sixth, with Dennis finding himself knelt on the canvas following a big straight left hand disguised behind a pawing southpaw jab from Dignum. Dennis made the count but was immediately set on by Dignum who seemed to have a fire lit under him as he chased the wounded Dennis around the ring. The latter was soon down for a second time shortly after following another one-two from Dignum, with Dennis dabbing at his cut right eye to suggest he was struggling with his vision. The fight restarted again, with Dignum continuing to stalk his man as he sought the stoppage he so badly wanted. A further flurry of punishing hooks sealed the fate of Dennis who again dabbed at his eye when knocked down for the third time, with referee Bob Williams feeling he had no choice but to wave the fight off.

Credit to Dignum who, despite a difficult start to the fight where he seemed to struggle with the movement of his opponent, remained on task and eventually broke his man down, showing predatory finishing as he defended his WBO European title.