Mitchell Frearson: “I do everything wrong but it works” 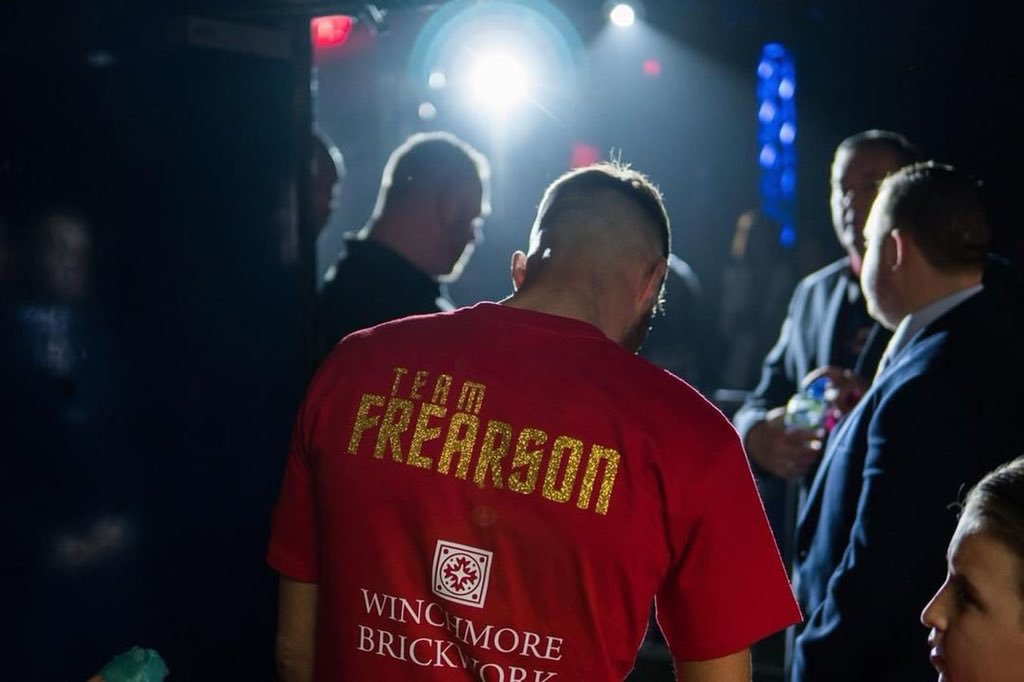 One fight novice Mitchell Frearson is a breath of fresh air. In a sport that takes hype to intergalactic heights, even very often at the new pro levels, he is refreshingly realistic and candid about his prospects. He isn’t shooting for world, European or even full domestic honours.

“I’m never gonna win a world title. I’m not one of them guys that says ‘I’m gonna win this or that.’ Anything above area level is a bonus. It probably sounds quite modest. But there you go.”

It is this straightforward persona and matey directness that makes the Dagenham based fighter an appealing individual. Frearson is committed to the sport of boxing but not entirely consumed within its sometimes insular bubble. He describes boxing as being “at the top of my list. That and work. Well and money, obviously. If I can nick a few quid doing this then that’ll be great. But, don’t doubt that I am serious about it. People pay a lot of money to watch me and I don’t take that for granted.”

Frearson is engagingly proud of his work as a foreman chasing around bricklayers on building sites and the “decent money” he gets for his efforts. It was this stability and contentment that proved the decisive factor in him turning professional.

“I just thought I’m happy with my life, in my job and that. I have got to a point in my job where I have worked my way up a bit and it’s not as hard on my body now. It’s more stressful and mentally challenging instead.” 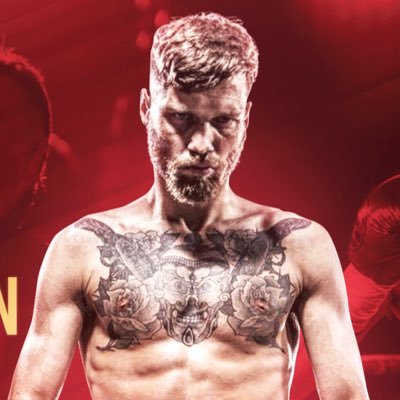 “One afternoon I was literally just bending down to pick up a concrete slab on site and I thought why not give boxing a go properly and it has just gone from there. I see people doing well in the pro game that I think I’m on a par with and could get near. Why not give it a crack.”

He is hopeful that his style will prove more compatible to the demands of the professional game. Something he readily admits to “sounding like a cliché.” Frearson sums up his amateur career in his now familiar self-deprecating way “I had 28 bouts and won about 17 or 18 of them. I was fairly average but I boxed some good boys. I was never going to be ABA champion or anything!”

True to his word, Frearson debuted with an impressive points victory over journeyman Casey Blair at the Brentwood Centre back in April. An entrance to the pro ranks that he was very satisfied with and won him some decent plaudits.

“I couldn’t have asked for a better debut. Yeah, it was a good performance but I still have plenty to work on and to put into practice what we have been working on in training.”

Training is another key area where the middleweight works to his own unorthodox and slightly chaotic strategy. He provides the following insight.

“It’s difficult managing the time. I know that most boxers have a plan for their training but I just fit it in where I can. It’s just organised chaos really. If there’s an opportunity to train, then I will no matter what. Although, it’s disciplined it isn’t really structured.”

“I just cram in what I can. At the moment its working although I am constantly walking around like death warmed up. But, I wouldn’t have it any other way.”

He speaks appreciatively of the work, support and guidance that his trainer Jamie Williams and strength coach Paul Kavanagh provide.

“Jamie is more than just a trainer to me. The main reason I went pro was to experience the journey with him. You know, I go in the gym and there’s all these pictures of him on the wall with other fighters. I wanted a piece of that. I didn’t want to come away from the sport and not have that.”

“He was one of the main reasons I went pro. It’s all about the journey and there is no other person I would want there in my corner. Both Jamie and Paul have brought me on massively as a person and a boxer.”

Although the 26 year old lacks any formal sponsorship, besides his “work helping out a bit” and the observation that he “should probably play the game a bit better” he does have the significant presence of MTK Global managing his affairs. A union that Frearson is wonderfully honest about.

“It’s not what you know it’s who you know. I know Lee Eaton from MTK really well. I’m not gonna lie. It came about because I knew him already. But, I need to pay him back by training hard and putting on a good display.”

But, it is hard not to think that Frearson is doing himself a disservice here. He may be reassuringly modest about the heights he can scale in the pro game, but he is not without potential. He also has a charismatic and likable persona that generates a sense of warmth around him. It is this likeability factor that has the potential to help him become a decent ticket draw, especially if he can continue to match that with strong performances in the ring.

Frearson’s next opportunity to shine will be on MTK’s Friday night “Seize the City” promotion at London’s York Hall. A famous stage crowded with future prospects and overseen by the ghosts of close to a century of boxing folklore. Indian superstar and Olympic medallist Vijender Singh was meant to be topping the bill in a Commonwealth title contest, but the fight has regrettably been postponed following Lee Markham’s late withdrawal.

This leaves well supported Nigerian welterweight Larry Ekundayo topping the bill in a 10-rounder against Edinburgh’s capable John Thain. A first class fight night, at an iconic venue that Frearson admits he is “looking forward to. But not trying to think too hard about. I don’t want the occasion to get the better of me.”

Frearson predictably isn’t getting too far ahead of himself when concerning his plans for the next 12 months. He declares that he doesn’t want to hang around building up a record against unthreatening opposition and wants to push on. Regarding the timing of further appearances he says.

“Realistically, I will probably miss the next MTK show. I don’t want to milk it too much and keep preaching rubbish on social media. I just want to live my life. Even though I’m really dedicated to boxing I don’t want to overdo it. £40 to £60 is a lot for people to pay to watch you.”

“I will probably just do two shows and then miss a show. That sort of angle or just judge it on sales. If I get good feedback on this one, then maybe I will box the next one. But, I’m not looking too far ahead.”

All of this is a far cry from the 26 year olds initial entry into the sport of boxing after participating in kickboxing as a kid. An introduction that he describes as “Fight Club, for chav’s.” Frearson goes on to describe the whole amusing scene.

“It was only on the off chance that I got into it. I was at college and randomly someone brought in some old gloves. We’d all go to the car park, mess around, and have a bit of a spar. I know it sounds proper chavy but that’s actually what happened.”

“That was when I was about 16. Then one of my friends said ‘why you don’t come down to this boxing club?’ So, I thought fair enough and from then on I haven’t stopped. Almost ten years later I’m still going.”

I close the conversation by asking Frearson to describe his style. For the first time in our conversation he pauses for thought. A few seconds later he responds with a single word “Unorthodox” and then reconfirms it succinctly with “Yeah, unorthodox. I’m very awkward. I do everything wrong but it works.”

I think he only meant boxing. But it could have meant so much more…