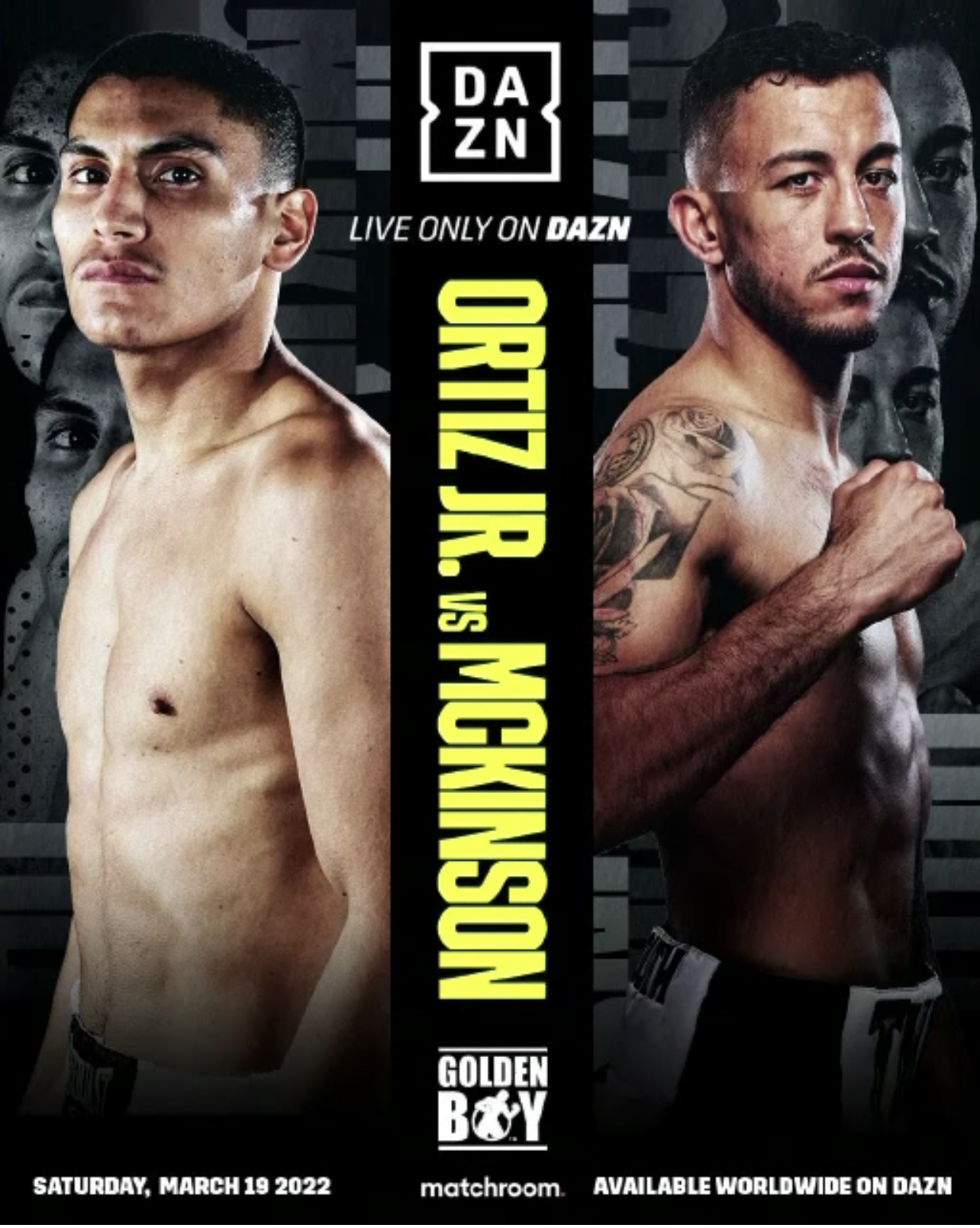 One of the sport’s brightest prospects Vergil Ortiz Jr [18-0-0] has been forced to pull out of his fight with Portsmouth’s Michael McKinson [21-0-0], scheduled to take place this Saturday in Los Angeles.

ESPN’s Mike Coppinger first broke the news that the fight could potentially be off, with Dan Rafael then stating on Twitter that he had heard the reason behind the fight being cancelled was due issues surrounding Ortiz’s weight. Golden Boy Promotions, Ortiz’s promoter, later announced on Tuesday that the Texan had been diagnosed with rhabdomyolysis.

McKinson took to Twitter shortly after the news broke, saying he was ‘gutted’ and that ‘he’d like to wish Vergil Ortiz a speedy recovery’. The Portsmouth man then went on to state that he has fans from the UK travelling to California and that he had worked so hard, with the onus now being on Golden Boy and his promoter Matchroom to find a late replacement. It would be the least McKinson deserves, this being his first big opportunity as a professional to make a real stamp on the welterweight division.

Fingers-crossed that Vertil Ortiz is in good health and that he can kickstart his career again soon, hopefully in a rescheduled bout versus McKinson.