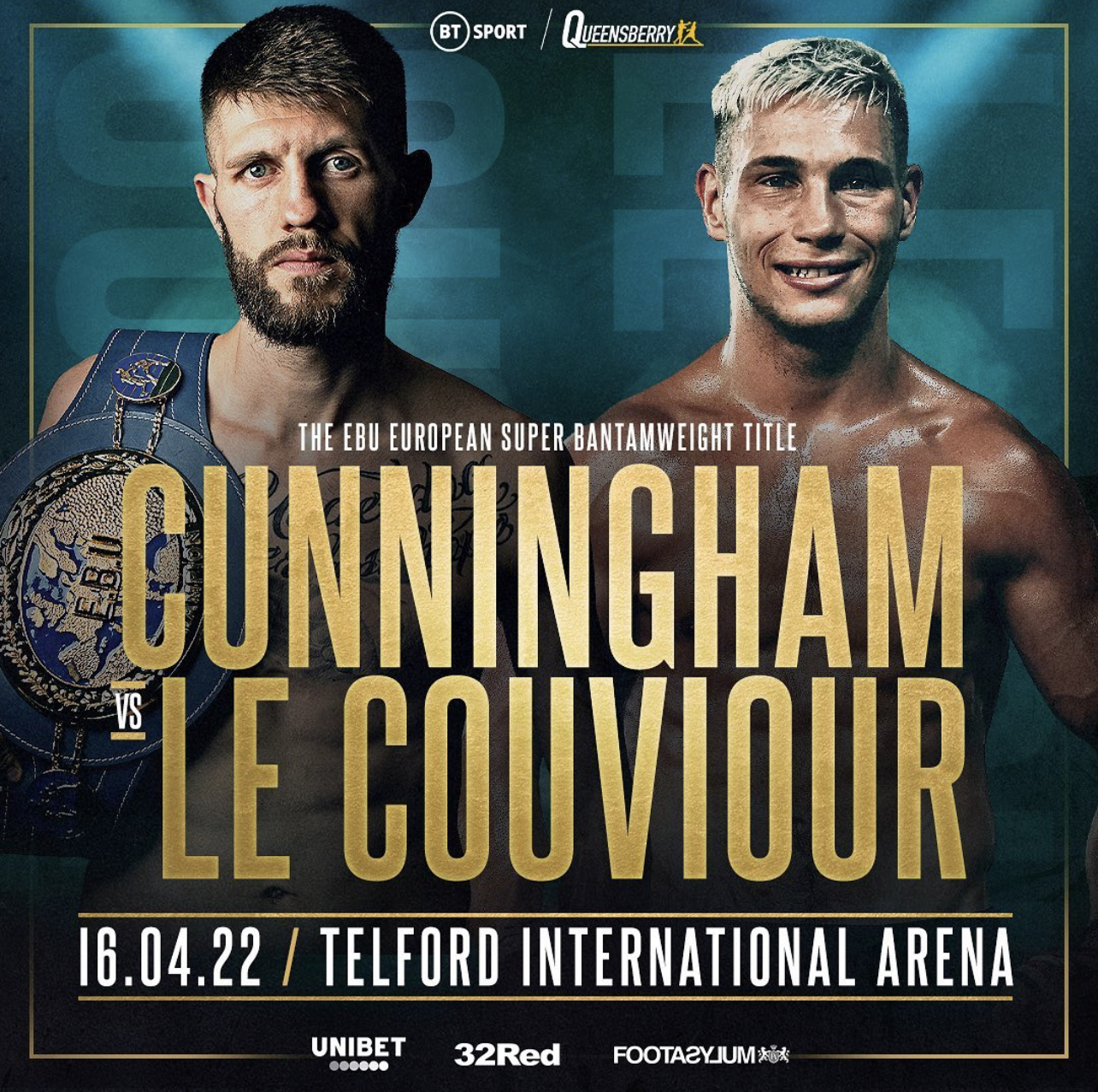 First up on 16th April, Jason Cunningham [30-6-0] is slated to defend his European title at super-bantamweight against Terry Le Couvier [16-0-0] at the Telford International Arena. Cunningham was one of the standout British fighters of 2021, outpointing Gamal Yafai in May to secure the European strap in a big upset before then adding to the British and Commonwealth titles to his collection with another close upset over Brad Foster over twelve rounds. Foster [14-1-2] also features on the card over ten rounds against Ionut Baluta[14-3-0] in his first bout back since the defeat to Cunningham. Liam Davies [11-0-0] also faces Andrew Cain [8-0-0] at super-bantamweight for a WBC-sanctioned bout, while popular Stoke middleweight Nathan Heaney [14-0-0] is also set to make his fifteenth professional appearance, the opponent yet to be confirmed.

A string of prospects are also scheduled to fight further down the card, including Worcester’s Owen Cooper [5-0-0] at welterweight, Brad Strand [6-0-0] at super-bantamweight and Ethan James [7-0-0] at super-lightweight.

The undercard is very prospect heavy, with new Queensberry signing Raven Chapman [2-0-0] making her promotional debut in the featherweight division, her opponent yet to be confirmed at the time of writing. Ryan Garner [11-0-0] is also set to run out at 126lbs, as are James Heneghan [6-0-0] and Adan Mohamed [4-0-0] at super-bantamweight. Opponents are still to be confirmed.