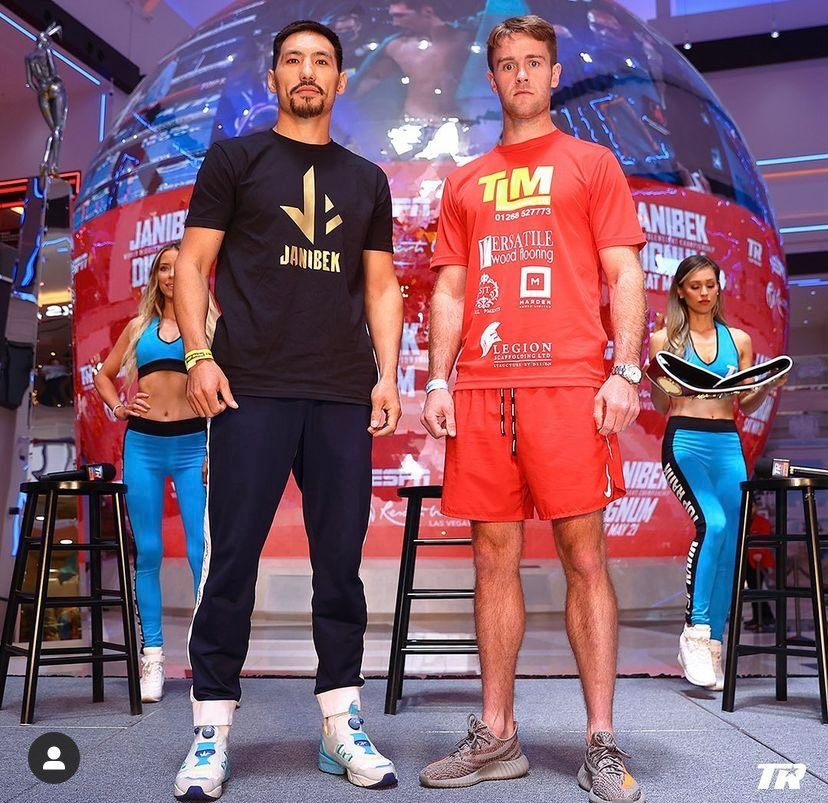 Harold Wood’s Danny Dignum (14-0-1) faces by far the biggest step-up of his professional career so far in the early hours of Sunday morning as he faces Kazahkstan sensation Zhanibek Alimkhanuly (11-0-0) at Resorts World in Las Vegas. With the WBO’s interim world title on the line, the winner of the twelve-round contest looks set to challenge for the full title at 160lbs, whether that be against current holder Demetrius Andrade or for the vacant belt if the American commits to a move to 168lbs.

Zhanibek is undefeated in all eleven of his professional contests so far, ending seven inside the distance, and fights off the back of a sensational career in the amateur code surmounting to a total record of 300-8 respectively. Having picked up gold at the 2013 world championships and also reaching the quarter-final stage of the Rio Olympics in 2016, Zhanibek also boasts two gold medals at the Asian Championships. With a growing number of Khazak boxers looking to take over the sport, the twenty-nine-year-old Zhanibek will hope to leave a marking impression on professional boxing at the highest level before his career is done.

Dignum meanwhile only has one slight blemish on his pro record to date, that being a split-decision draw to Andrey Sirotkin in 2021, the thirty-one-year-old picked up the ‘European’ version of the WBO title last time out with a sixth-round stoppage of Grant Dennis at York Hall. Despite not having the profile of Saturday’s night opponent, Dignum has very respectable amateur experience himself having won the ABAs in 2012 and spending time on Team GB where he picked up bronze at the World Combat Games and competing in the 2014 EU Championships. Dignum also boasts a two-inch height advantage, standing at 6″1 tall compared to Zhanibek’s 5″11, but the ferocity and experience of the Kazahk prospect makes him a sizeable favourite heading into Saturday’s bout.

Saturday’s Top Rank bill is headed up by former WBO super-featherweight champion of the world Jamel Herring (23-3-0) as he steps up to 135lbs for the first time following his stoppage defeat to Shakur Stevenson in October. Jamaine Ortiz (15-0-1) will be in the opposing corner, a man that ‘Semper Fi’ will hope to ease past as he now eyes up world honours at lightweight.