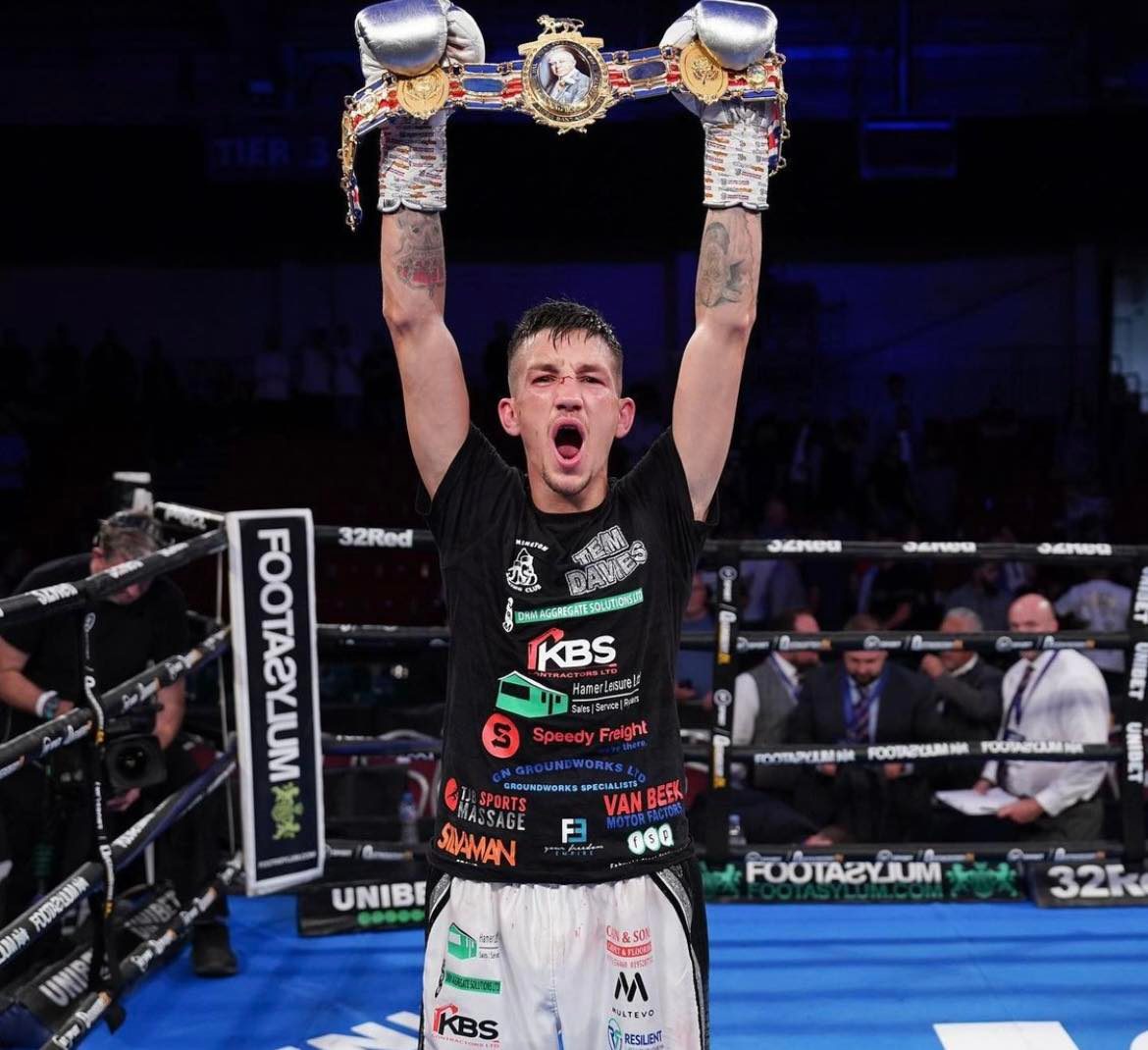 Yet another British scorecard has been called into question following Liam Davies‘ successful challenge for the British super-bantamweight title over Marc Leach on Saturday night.

Taking place in Davies’ backyard in Telford, the unbeaten Midlander could not have gotten off to a better start after he planted Leach firmly onto the canvas inside the opening round with a short right-hand, an exchange that caused a cut to the bridge of Davies’ nose. The champion Leach responded well, displaying excellent counter-punching off the Blackfoot to pick the oncoming Davies off as the Salford man looked to settle into the contest. As the fight grew towards the middle rounds however, it was the right-hand of Davies that seemed to land with more fruition as he gathered more rounds under his belt, particularly in the fifth where a big right from the challenger drew loud roars from the Telford crowd, before more neat counter-punching from the southpaw stance of Leach looked to bring the fight closer once again.

The general consensus upon the sounding of the final bell was that the fight could go either way by one or two rounds, reflecting the nip and tuck nature of the twelve rounds that had just transpired, but one man saw it differently to everyone else. Terry O’Connor, one of the three judges sitting ringside at the Telford International Centre on Saturday, bizarrely found Davies a winner by a margin of seven rounds with a score of 118-111. The other two officials also found the same winner but by nowhere near as wide, with scores of 116-113 and 115-113 respectively. While there can be little complaints about the victor, the wide nature of O’Connor’s card has to be brought into question; the fact that it ‘did not impact the overall result’ is irrelevant. If scorecards that are deemed out of line with the view of everybody else are passed by and justified on the basis stipulated above, boxing is asking for more trouble and leaving the door open for scandals such as the one seen in Glasgow four months ago in the fight between Josh Taylor and Jack Catterall. Things need to change now, for the good of the sport.

The third contest between Ijaz Ahmed and Quaise Khademi for the vacant British super-flyweight title remarkably finished the same was as the second – a split-decision draw. That marks one victory for Ahmed first time around and then two split draws between the pair, meaning the Lord Lonsdale belt remains vacant again. The result leaves the door open for an incredible fourth fight between Ahmed and Khademi as they desperately look to put the rivalry aside and continue with their respective careers.

Further down the card, 140-pounder Ethan James moved to 9-0-0 as a professional with a comfortable eight-round points victory over journeyman Lee Connolly, taking every round on referee Kevin Parker’s scorecard. Willy Hutchinson returned for the first time since his defeat to Lennox Clarke, forcing Karel Horsejek to retire after three rounds as the twenty-three-year-old looks to gather momentum in his career once again. Super-featherweight Muhammad Ali secured his fourth victory in as many contests with a six-round decision over Brayan Mairena, while 147-pounder George Bance won over six rounds versus Richard Helm.