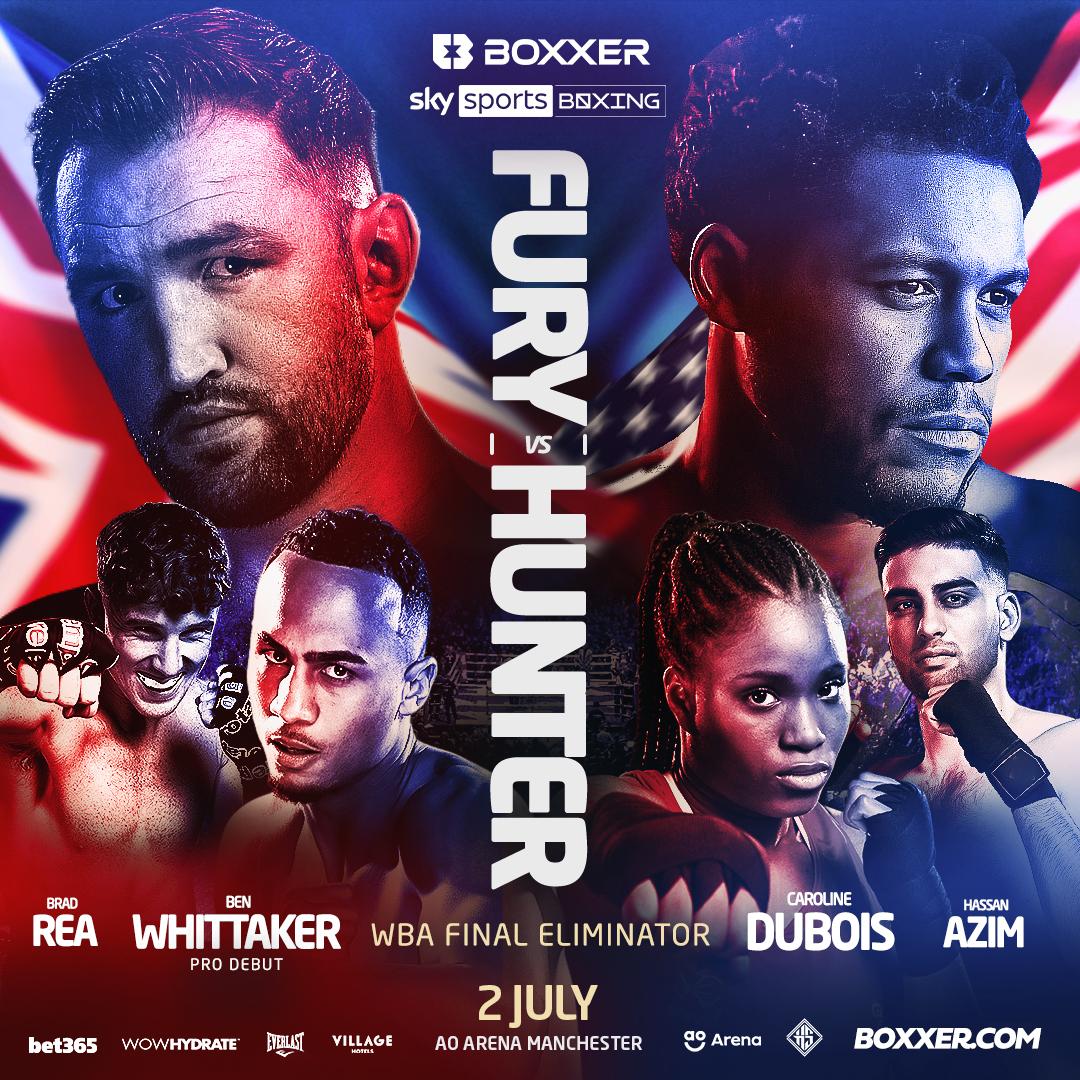 The trio of prospects will join another red-hot talent who makes his highly-anticipated entry into the professional ranks, 2020 Olympic silver medallist Ben ‘B£NZO’ Whittaker. Trained by SugarHill Steward, multi-decorated amateur Whittaker was one of the most sought-after Tokyo Olympians by promoters. With his sublime talent and unique flair, he aims to become this generation’s face of the sport.

Manchester prospect Rea (13-0, 5 KO’s), who defeated Lukas Ndafoluma last time out in April, fights in front of his home fans’ for the second time this year when he features in an eight-rounder against Welshman Morgan Jones (14-3, 5 KO’s).

The all-action middleweight flattened Craig McCarthy for the count with one left uppercut on his last visit to the AO Arena Manchester on the Khan-Brook undercard in February. Prior to that he enhanced his growing reputation with an impressive victory over Jez Smith in a pulsating eight-round battle last October.

Lightweight sensation Dubois (2-0, 1 KO)has looked superb since turning pro last year and is now unbeaten in two fights at just 21 years old. ‘Sweet Caroline’ registered her first stoppage – a blistering first round TKO of Martina Horgasz in March – and will continue to show her rapid development under trainer Shane McGuigan again as she marches towards her first title.

Hard-hitting prospect Azim (4-0, 3 KO’s) and his brother Adam – who also both train under McGuigan – are two of the most highly-touted sibling talents in world boxing. Hassan has two first round KO’s from his four wins and aims to make it a knockout hat-trick as he continues to blaze a trail in the welterweight division.

“Caroline Dubois, Hassan Azim and Brad Rea are three of the best young talents in British boxing today and each of them has the potential to go all the way and become a global superstar in this sport. With an undercard showcasing the future of British boxing and a main event which will make waves in the heavyweight division, Manchester on 2 July is shaping up to be one of the best cards of 2022,” said Ben Shalom, BOXXER founder and CEO.

Fury and Hunter headline the card in a high-stakes WBA World Title Eliminator which will send the winner forward for a shot at the world championship currently held by WBA World Champion Trevor Bryant, who faces British challenger Daniel Dubois in the US this Saturday.

Tickets are on sale now at boxxer.com. Prices from just £50