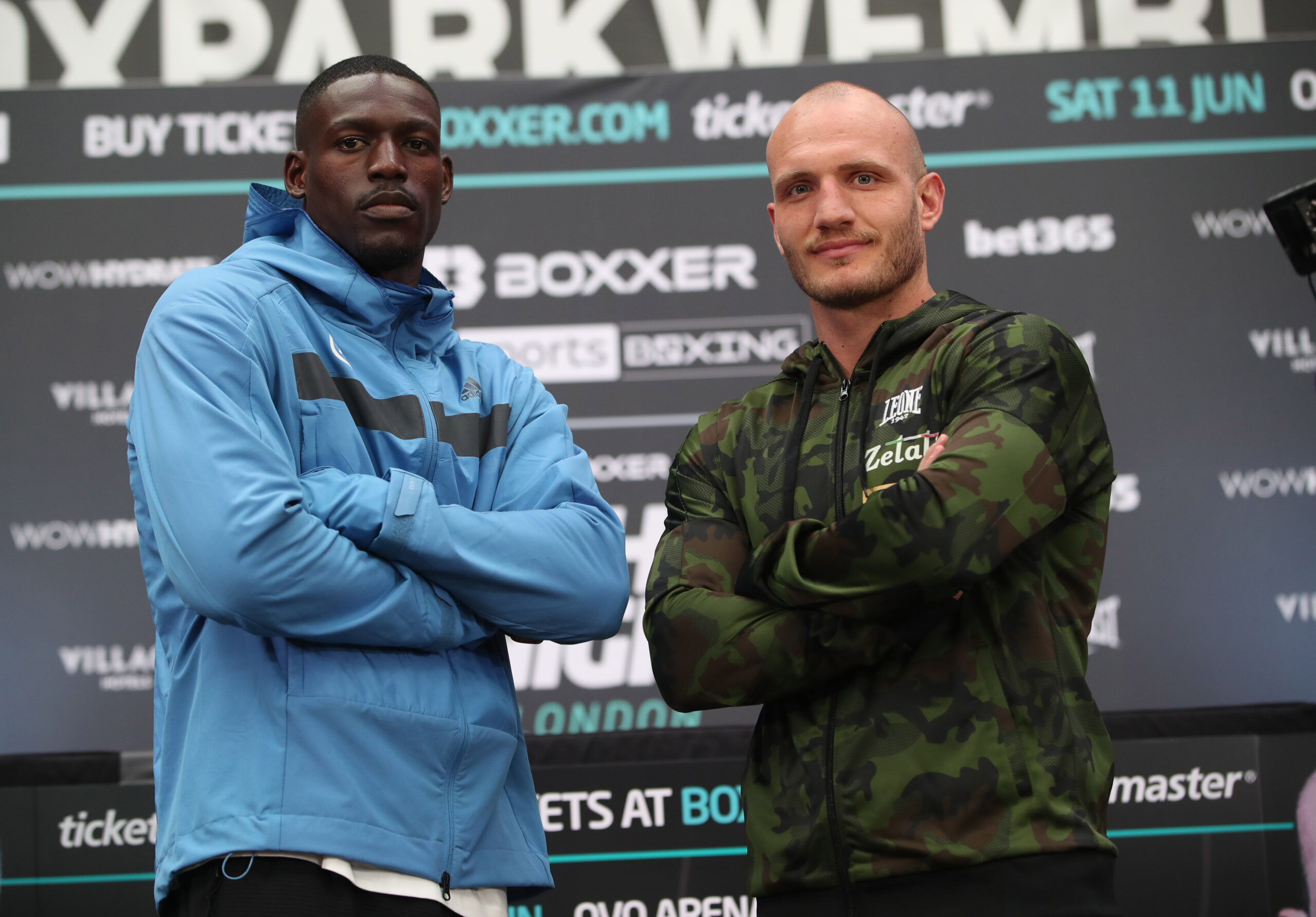 Riakporhe: “This fight is perfect for me because it sets us up for a big world title clash in my next fight, so there’s a lot to fight for”

“We aren’t taking Fabio Turchi lightly, we made sure we covered all areas in training to prepare for this fight so we can go in and deliver what we want to deliver on Saturday night. Every single fight is so important now.”

“This is what I dreamed of doing when I was young, when I first came to boxing. To see it all manifesting just like how I dreamed it is fascinating to see”

“We wanna bring explosive nights, explosive finishes, we wanna show the world how great we are. So we’re going to bring a big knockout on Saturday night”

Turchi: “I’m ready to have a battle on Saturday night. I think this is a very even fight, I have a lot of respect for Richard, so I’m hoping for a great fight. Whether it’s by KO or points, the important thing is to win the fight”

“He always finds a way to win, whether it is Deion Jumah, Tommy McCarthy or Chris Billam-Smith. This is going to be a seriously tough fight, Turchi has that knockout power so he has to be careful but this is a springboard into world title contention.”

“He’s not scared of any of the world champions, he’s ready to fight for world titles. With his KO power, there won’t be one cruiserweight in the world who wants to get in the ring with him.”

Price: “I’m just looking forward to this fight more than anything. Tokyo feels like a lifetime ago and I ticked every box as an amateur. It was my childhood dream to go to the Olympics and I won gold. Now the new journey starts, and the new dream is a world title, but I’m just taking each fight as it comes, step-ups every time and I’m looking forward to the journey.”

Ben Shalom on Price: “Lauren Price now has the platform to be a massive star, we’ve never seen someone as decorated as here. She’s probably looking at the Katie Taylors and Savannah Marshalls and thinking she can do one better and take it to new heights”

Brown: “I’ve been training hard, Zak Chelli’s a good fighter, but me and my team have come up with a perfect game plan that I’m going to execute on Saturday night”

Chelli: “IThe better the boxer, the better I perform. I stopped my last opponent who had a similar record to Germaine. People are expecting me to box in this fight rather than go for the stoppage, but I’m going to show on Saturday night that I am a boxer and a puncher by getting a lovely finish”

Ben Shalom on Chelli vs Brown: “One thing I do know is both these guys give it absolutely everything, both fighters will come out of this fight very well, win or lose”

Viddal: “One thing I’ve missed is consistency in building that momentum in my career. Now I’m with BOXXER and Sky, I can do that. I’m going to win this one and then fight two or more times this year. This is my homecoming, I’ve boxed around the world but now I’m home. I’m going to put on a show on Saturday night”

Shalom on Viddal: “The level of interest in Viddal Riley is incredible. He’s so well respected across multiple industries. He’s got everything viddal, but the main thing people have to remember is that he’s a serious serious fighter as well”

Jone Volau: “He’s a young star, up and coming talent. I’m just coming in for a great fight and a tear up on Saturday night”

Chris Kongo: “I’m ready to put on a show, but the only thing I’ve been focusing on for the last 8 weeks is Sebastian Formella. I’ve seen loads of him, we’ve been studying him on film. I can’t wait to show what I can do on Saturday night. We all know I come on stronger, later in the fight. We’ll see how it goes and if the stoppage comes it comes.”

Formella: “Chris Kongo is a strong fighter. We’ve prepared for a big and difficult exercise on Saturday night, we’ve had lots of time to prepare for this. The winner of this fight has the opportunity to fight for a very big title”

Ben Shalom on Kongo: “This is a fantastic fight for Chris Kongo. It’s a great opportunity but it’s also a crossroads fight too, he has to perform on Saturday nightand has to show why he is world level. If he can get a stoppage that would be a huge statement.”

TKV: “I showed certain skills in my last performance that other heavyweights aren’t able to show. So once looking back at it I was very happy with the performance because I did things I know a lot of very good heavyweights can’t. I know I can get to the top and I can get there very soon, I’ve been in the ring with all these top guys and I hang with them, so I know I’m already operating at a really high level”

Jones: “I went back to the drawing board, changed some things, trained really hard, and you’re going to see a different Ebonie on Saturday night”

“If you don’t see a better Ebonie after what I’ve done to push myself in this camp then you never will, I’ve done everything I possibly can to improve”

Lee: “Pleased to get the first one out the way, but now that’s done I’m looking for a better performance on Saturday.”

“I just want to take every fight as it comes, you don’t want to come up too fast and lose, so we just take the fights as they come and get to that top level when I’m ready”

Ryan: “I loved my debut, I love performing. I personally believe I put on a very strong performance in my debut. The advice I’ve given myself is to go after everything, to chase everything that I want and you’ll see intelligent boxing on Saturday night”