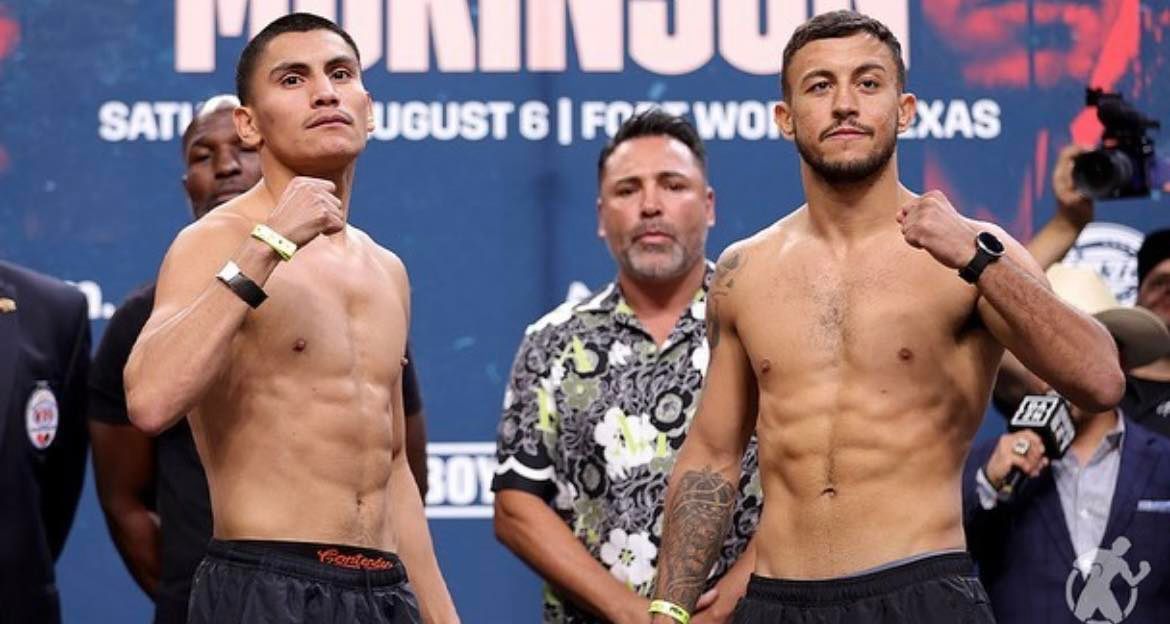 Preview: McKinson dares to bring Ortiz Jr. hype to a standstill in Texas

Portsmouth welterweight Michael McKinson (22-0-0, 2KOs) enters the lion’s den in the early hours of Saturday morning as he looks to dethrone monster puncher Vergil Ortiz Jr. (18-0–0, 18KOs) in the Texan’s own backyard.

The twenty-four-year-old Ortiz Jr.’s record so far speaks for itself with the American having won all eighteen of his outings inside the distance. Only Samuel Vargas, Maurice Hooker and Egidijus Kavaliauskas have survived the first half of a twelve-round fight, but despite all three having operated at world level, even they could not escape the predatory finish of the Texan. McKinson meanwhile struggled to land the big names domestically at 147-pounds until recently when he faced off against Chris Kongo in 2021.

A unanimous decision followed in favour of McKinson, who finally looked to have made a breakthrough in gaining some momentum in his career, with the Kongo victory earning him a deserved fight contract with Eddie Hearn and Matchroom. The Brit no doubt enters the ring on Saturday a huge underdog in what is a major step-up from the levels he has operated at previously, but opportunities like these are ones he’s been willing for to announce himself on the big stage. The pair were originally set to face-off in March before Ortiz Jr. was forced to pull out due to illness, with McKinson going on to unanimously outpoint Alex Martin instead.