Willie Limond a million miles from Glasgow can beat Morales 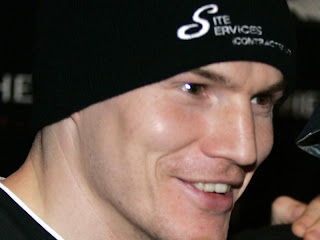 .
Limond, a joiner from Glasgow, will be facing Erik Morales in the Plaza Del Toro outdoor bull ring, surrounded by more than 50,000 Mexican fans cheering there five-time world champion hero on to beat the Scot, 7,800 feet above sea level in Mexico City, yes Willie has his work cut out for him alright.
.

Morales is continuing a comeback which began with an underwhelming points victory over Jose Alfaro earlier this year. While ‘El Terrible’ might no longer look like the same boxer who played his part in thrilling trilogies with Marco Antonio Barrera and Manny Pacquiao, it is a major step up for Limond.

But Morales 34, is not the uncompromising young ring warrior he once was and has lost four of his last five fights, this is something of his last hooray has a boxer and if he has taken Limond lightly, maybe just maybe Wiley Willie could infact pull off the result of the lot and bring home a world title to match last weeks achievements of training partner Ricky Burns.
.
Burns believes his training partner Limond is in the perfect shape to deliver a knock-out blow to Mexican legend Morales.
.
Burns, who took the WBO super-featherweight title with a thrilling points victory over Rocky Martinez last week, is backing Limond all the way.
.
Burns said: “If there’s anyone who puts in just as much work as me and deserves a world title it’s Willie.
.

“He trains really hard and has given so much to get this chance. I can really see him beating Morales. I’m sure Willie is going to be the next big name in boxing.

.
“There is no doubt Willie is going to be in the best shape of his life. I’ve seen what he can do in the gym and I’m sure he is going to be the next Scottish world champion to be proud of.”
.
Limond has 30 victories in his 32-fight career and has dubbed this weekend’s showdown as the fight of his life.
.
“I’m going to be everybody’s opponent, but that can work in my favour, I’ve trained hard, I feel strong. It’s just a matter of getting used to things, and getting the job done. I know it’s going to be hostile, 50,000 people screaming, the heat, the altitude, Erik Morales, everything is against me, but the bigger the challenge, the bigger the response. I’m up for it.”
.
He has undergone painstaking conditioning training to prepare him for the high-altitude bout in Mexico City.
.
Earlier this week the 31-year-old said: “There was a time recently when the best of Scottish boxing couldn’t get a decent platform to show itself off.
.

“Now we could have two world champions in a matter of days. That’s the target I have to hit.”
.
Willie always comes to fight and will put up a brave performance against Morales and will surely take in the enormity and experience of fighting a hall of fame fighter in the red hot atmosphere of the lions den, which will feel like the Colosseum when the first bell rings and the roar of the crowd rings the ear drums of Limond and the Pavilion Theatre Ballroom in Glasgow where Limond last fought will seem a million miles away.
..

Willie has his work cut out!

.
But Willies chances are not lost there, he does have a good chance of upsetting the Mexican fans and delighting the British ones. Willies record reads 33 fights with 8 KO’s and 2 losses, those losses coming against Alex Arthur on points for the British super featherweight title, and then against Amir Khan for the Commonwealth lightweight title.
.
This is Willies big chance in boxing to make the name he dreamed he would when he turned professional in 1999 against Lenny Hodgkins, the chance to make some money from the game he has had to do part time whilst still plying his other trade as a joiner.
There have been bigger upsets in boxing than Willie Limond defeating an old battle worn Morales and letting heart rule head again somewhat, I’m picking Willie to out point Morales on my scorecard, if the judges see it that way though will be another matter? Come on Willie!!
.