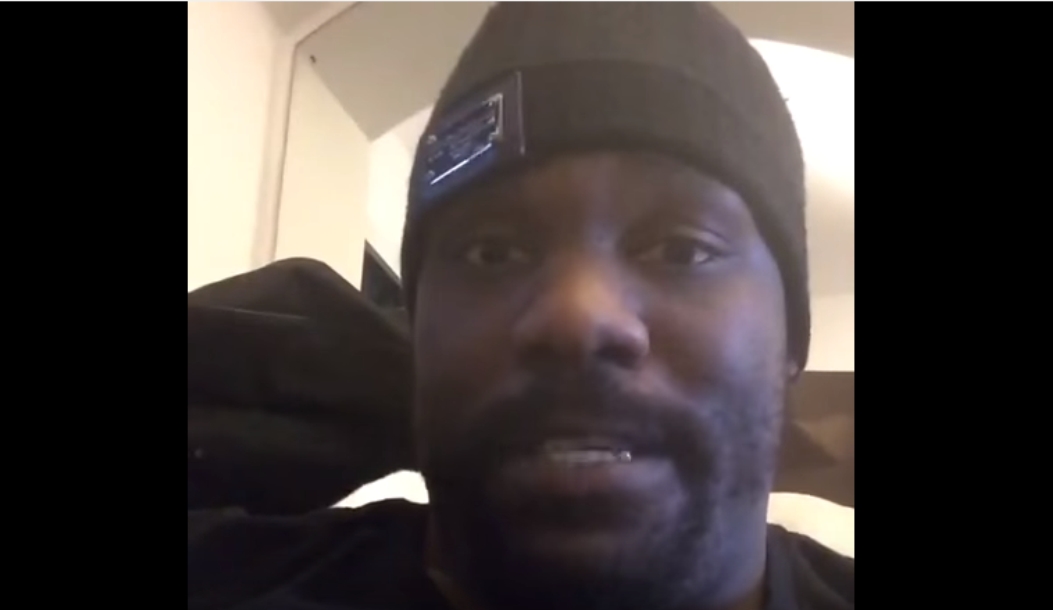 VIDEO: Chisora calls out Haye for rematch! ‘What do you think about that?

Dereck Chisora has called out David Haye to fight him in a rematch of their July 2012 showdown. ‘Del Boy’ was being lined up for a European title shot against former foe Robert Helenius, but with the Finn expected to relinquish the belt, Chisora is seeking an opponent to face for the vacant title and fancy’s a return with the ‘Hayemaker.’

This week, Chisora’s promoter Kalle Sauerland suggested he would like to see his boxer face Anthony Joshua for the title should Helenius vacate. – But in a 21-second home video made by Chisora on his phone, he offers out Haye saying, “So my European title fight is going to be postponed because Robert has pulled out. So I have to get out and seen as David Haye is in shape and he’s boxed nobody, he should fight me and see how it goes!…. What you think about that?” said Chisora.

Sauerland looking at a Chisora vs Joshua fight in 2016

Kalle Sauerland has his doubts whether Robert Helenius is prepared to face Dereck Chisora again after just about defeating the Londoner via a split decision in Helsinki in December 2011.

“We’ve heard nothing back from Helenius after our last offer. It’s due to go to purse bids but we heard this morning from a few good sources that Helenius will be relinquishing his title, giving up his position to avoid the fight.” Sauerland told Sky Sports.

“What they’ll try and do is spin it by saying they want to go the world route, but everyone knows that the first fight was close, to put it diplomatically. 95 per cent of the boxing world thought Chisora won the fight.

“The fight would have probably taken place in Helsinki, so it’s a bizarre move. If you’re going for a world title, you’ll have to fight the likes of Chisora.

“Dereck was well up for the fight. He’s looked tremendous in training. Since he signed with us, he’s put himself at it and has had three fights in a matter of weeks. It’s like the Chisora of old – the one who gave Vitali Klitschko problems a few years ago.

“If Helenius gives up the belt then okay – thanks for wasting our time. The next one is Klitschko, who’s lining up a Fury rematch. Then there’s Povetkin, who’s in talks with Wilder. The next one in the rankings is Joshua, so it would come down to a Chisora-Joshua fight. In the UK, we don’t need to do much selling there!

“The fight would be imminent because it would be ordered. It would then be up to us to agree a deal with Matchroom, and we have a very close working relationship. The fighters have their demands, we represent those and try to reach terms. That would be the next step.

“It’s all speculation at the moment because as it stands, the rumours of Helenius vacating are only that and we’re still going to a purse bid tomorrow but strong indications are that they’ve got cold feet.”

Sauerland mentioned nothing about a Haye-Chisora II.