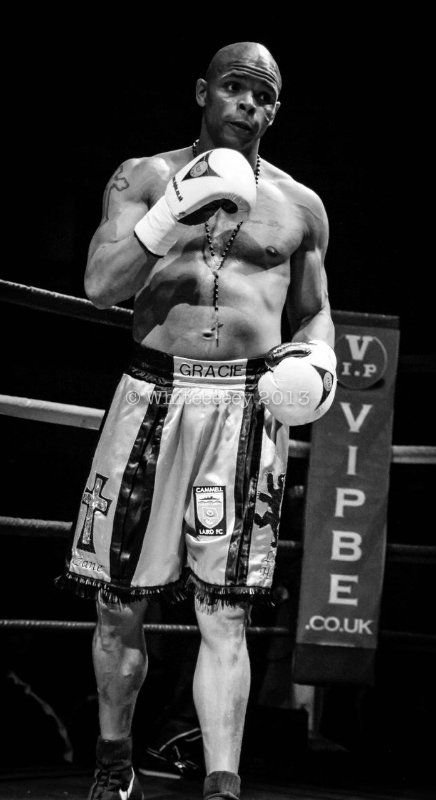 After 14 months out of the ring, Rock Ferry’s Wayne Adeniyi (pic above) says his decision to jump in at the deep end against Carl Dilks is a statement of intent.

The stablemates clash at the Liverpool Olympia this Saturday, streamed live/FREE on vipboxing.tv, with the Central Area cruiserweight belt on offer for the winner.

“He’s way more experienced than me as a pro, and I respect that,” said undefeated Adeniyi. “I’ve been out of the ring for a long while and have only boxed nine four-rounders in my career, so to come straight back against a seasoned pro like Dilksy is a statement of intent about where I think I’m capable of going.

“Dilksy is a major step up in class, he’s a domestic gatekeeper but I was a cracking amateur, have sparred all the top lads and know what I’m capable of doing.”

As former sparring partners, Adeniyi and Liverpool’s Dilks know each other well. With Merseyside pride also up for grabs in the heat of the iconic Liverpool fight venue, Wayne says these are the nights he has dreamed of as a fighter.

“It’s just a brilliant occasion to be involved in. I’ve always wanted to be involved in a local derby and this will be a great fight. Our styles won’t cancel each other out; it won’t be a stalemate, it’ll be a cracker.”

“I’m excited about this one,” said promoter Steve Wood. “There have been some big fights recently that haven’t really caught fire, but I think we’ll see a terrific scrap between Wayne and Carl. There’s a title on the line and local pride at stake, and both need to win. The Olympia is a great boxing venue for fans to come to, and we’ll also be showing the bill free on our VIP channel.”