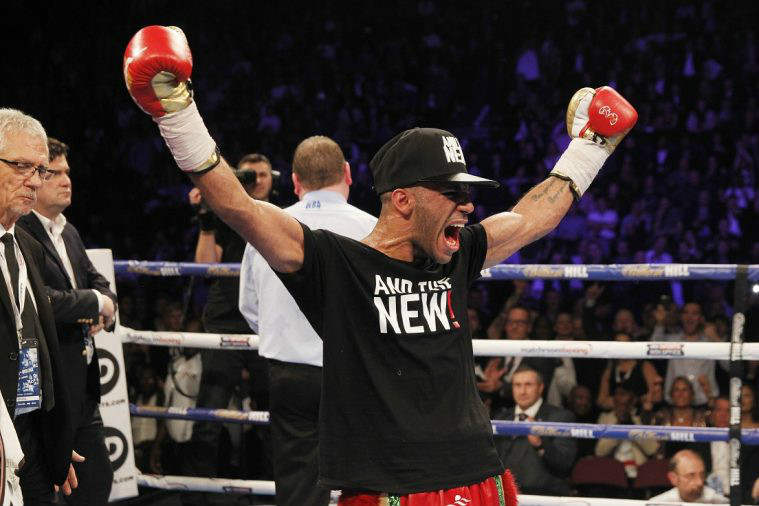 A fight, a visit to the hospital and a greasy kebab.

It can be a Saturday night for some of the misbehaving British public but on December 10 last year, in Manchester, Kal Yafai (21-0, 14 KOs) didn’t break any law. Instead, in his greatest fighting challenge to date, he broke down Panama’s two-weight world champion Luis Concepcion.

Medical relief and a cure for Yafai’s hunger would come later.

The 27-year-old glided his way through the 12 rounds, nullifying his opponent and breaking his duck in world title fights and world title victories. Yafai’s performance was a bag of tricks which also contained class, dominance and proof that the better the opponent the better he would perform.

The WBA world super flyweight title was his, it could only be his after Concepcion failed to make the weight one day earlier.

Yafai was disappointed, it was unprofessional he thought.

“When I got to the weigh-in I was told he’s really struggling to make this weight, I thought: ‘How?’,” he recalled to britishboxers.co.uk when we spoke last month, four weeks out from his first world title defence against Japan’s Suguru Muranaka this Saturday night in Birmingham.

“He’s [Concepcion] boxed at fly, had quite a few [fights] at super fly and he’s never had the issue of making weight. Even when you see him at weigh-ins at fights, on YouTube, he always looks like he’s healthy at the weight and strong at the weight. It never even come into my mind as an issue. Once I weighed in I thought I’ve got to do what I’ve got to do and just think about me and that’s exactly what I did. I went and refuelled, and had my meal after the weigh in.”

Nearly 48 hours later Yafai had fulfilled the potential he showed by reaching the 2008 Olympic Games and two years later winning the flyweight Silver medal at the European Championships in Moscow.

After one of the finest displays by a British boxer in 2016, Yafai was sat in his dressing room afterwards. The moment hadn’t sunk in. Promoted by Matchroom, their chairman Barry Hearn told the new champ how good his performance really was. It wasn’t meant to be THAT one-sided.

‘It was a masterclass’, Hearn told him.

“I didn’t think I had to come out of third gear really,” said Yafai. “I had gears to go but I just done what I needed.”

He had put his name up on a board that featured Roman Gonzalez, Naoya Inoue, … names that have fight fans purring at their next outing. Yafai wants the Kings of 115lbs, but he wants them in England – a point he is adamant on.

After dissecting Concepcion an ambulance was waiting for him not long after his name had jumped into questions such as, ‘I wonder how Yafai would do against_____?’

“I felt a bit sick, I had a bit of a headache,” he revealed.

“I don’t know what it was I think it was because I concentrated for so long. I concentrated so hard in that fight, I felt really drained and once I said that I had a bit of a headache and felt a bit sick that was it then. The medic told me I had to go to hospital straight away. I told them I was fine, but he said no it’s precaution it’s what we have to do. Ten minutes after winning a world title fight I was sat in an ambulance going to hospital. Got the check-up, was all clear and once I got a recovery drink down me and a bit of fluid I was fine.”

He was world champion but Kal Yafai the boxing fan was disappointed that he missed the heavyweight classic that was Dereck Chisora v Dillian Whyte.

“I was starving.” Forget a two-man brawl and the world title for a second, his body craved grub and not the Nando’s kind.

4am, back at the hotel, Kal and his fighting brothers Gamal and Galal took to the road to find food – the fast version. One pizza joint said it would take two hours to deliver. Not what the Yafai’s wanted to hear.

“I weren’t waiting that long,” he laughed.

“Me and my brothers drove about two miles straight up the road and found a kebab house that was open and got a greasy kebab.

Took it back to my room, sat in my bed eating that. It weren’t the best! I fell asleep but I was up two hours later.”

Awake, then a shower and the magnitude of the night before dawned on him.

“I stood in the shower for about, I dunno, 45 minutes just thinking about what had happened hours before trying to get some hot water on my hands. Everything else was normal, obviously had a lot of media stuff to deal with afterwards. A lot of people were happy for me back in Birmingham, my stock’s risen quite a lot. It’s all good.”

Birmingham’s first world champion now has his homecoming, he is the headline act at the city’s Barclaycard Arena on Saturday. Frankie Gavin, Sean Davis, Sam Eggington and Gamal Yafai… all fellow Midlanders now looking at Khalid Yafai as the act to follow. Big-time boxing has slowly been returning to Britain’s second city. Like Glasgow, Leeds and other fighting territories it needs a flag carrier, one to lead from the front.

On paper Suguru Muranka (25-2-1, 8 KOs) looks to be out of his depth as he ventures out of Japan for the first time in his professional career. Not only that, but it will be the 31-year-old’s first 12-round fight having already lost a four rounder and a six rounder over 10 years ago. Muranka isn’t even the best super flyweight in his own country! We were never going to get Inoue though.

coming all the way to Birmingham and it could be very hostile for him, no doubt about it. I’m sure it’ll be something he’s not used to and I think it all counts, it all adds its little bits, but I just think I’ll be too good on the night.”

Yafai is getting used to being a world champion. His title may be in the big boot of his car…

“The best place for it is in my car because I’m sick of carrying it in and out. Everyone says, ‘bring your belt, I want a photo with the belt’”.

…but there is still enough room for the three other pieces to a formidable puzzle which he hopes to put together to make him undisputed number one at 115lbs. The four pieces of boxing treasure would still be kept in his car though.

“I’d have to keep them in there until it all dies down. I’m sure it’ll die down at some point where nobody cares about photos with the belt(s), then I’ll put them in its display cabinet with all of the others. I’m just gutted I never got to keep the British one. I might have to buy a replica!”