Larry Olubamiwo: Tyson Fury is on my radar after McDermott 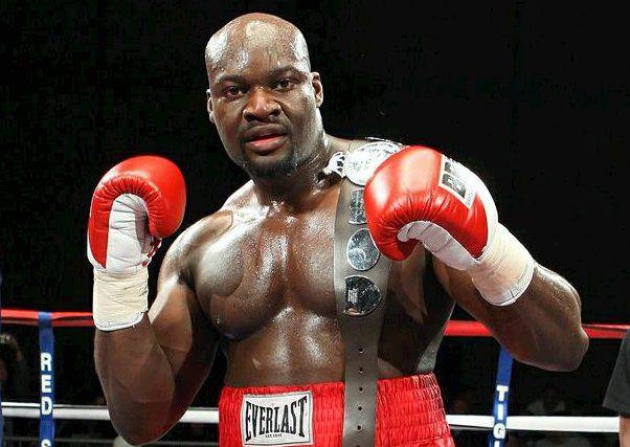 Heavyweight prospect Larry Olubamiwo says Saturday’s big fight against John McDermott is the most important of his career to date and believes a win will set up a shot at Tyson Fury’s English title.
The 32-year-old, will defend his Southern Area title against McDermot on the undercard of Saturdays York Hall show, which will be shown on Sky Sports.

The London man mountain, nicknamed ‘War Machine’ as improved significantly in recent fights and is being tipped as the heavyweight who could make serious shock waves in the competitive British division.

After a six-bout unbeaten run which has pushed him to the brink of challenging for a major title, a surprise defeat would be unthinkable for a man desperate to make the most of a career in the ring.
Olubamiwo says he has trained hard and done his homework on seasoned pro McDermott, watching tapes of the Essex man who has never lost a fight at the York Hall after appearing there 15 times in his 32-bout career.
“I’ve been bringing up all aspects of my game and I really mean it, it’s not just talk. I realise what a win could lead to,” said Olubamiwo.
“This is most definitely my biggest fight to date.
“I have watched his two fights against Danny Williams, his two fights with Tyson Fury and his contest with Pele Reid and he is a good technical fighter who is solid in defence.
“Of course it would be nice, but I don’t need a big knockout to catch the attention of people. I just need a solid win. I predict I will win, but I won’t say how.” he told the Hackney Gazette.
Olubamiwo is ranked No10 in the British rankings and No1 for Fury’s English belt and victory could lead to a fight against his British rival Fury.
The Manchester man who has twice beaten McDermott himself is looking for suitable opposition and seems to have been calling out everyone in heavyweight boxing recently, so with the Clapton man willing to oblige Fury, he wont have to look far for a willing foe, should he over come McDermott.
“Tyson Fury is someone who is definitely on my radar,” Olubamiwo said.
“I’m ranked number one challenger for his English title. He would be a great opponent for me. He took a lot of stick after that first McDermott fight, but in the second bout he showed a lot of heart and I admire him for doing that and I admire his ambition. He wants to win titles at a young age.”