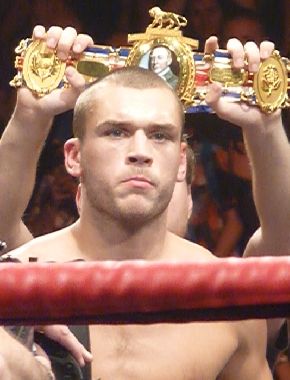 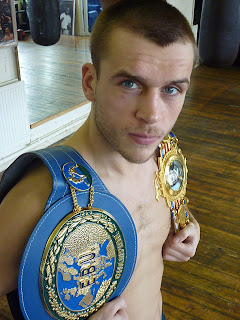 Murray has his eye firmly on the prize, knowing that a slip up at this stage will scupper any hopes of a world title fight, that is surely just around the corner.
John Murray’s ring achievements stake high acclaim, and with the multitude of honours and silver wear to his name including, young boxer of the year, Area, English, British, International and European title belts, Murray would surely be a household name in a lot of other sports, but he is yet to see the real fruits that his labour surely warrants.
In years gone by, fight fans would throw coins into the ring after a fight, to show there approval of the boxers performance or the character, guts, guile and entertainment value they had provided. If the act of chucking ‘Nobbins’ as it was called into a ring nowadays John Murray would be a rich man already. Infact Murray is a fighter who has been living hand to mouth, a boxer who has yet to earn the money and trappings that his success’ should have brought him. But with one thing and another – Murray still drives his battered old car ‘Rusty’ and borrows the odd sub off boxing brother Joe, to get by between fights.
But the unsung hero of British boxing is hoping all that is going to change, after signing a contract with Frank Warren. The London based boxing promoter is renowned for getting his fighters world title opportunities and putting on some of British boxing’s biggest fight cards over the years. And with Warrens influence and tried and tested CV – Murray feels he is just the man he needs, to project his profile and clinch a world title, as he enters the Halcyon Days of his boxing life.
Murray admits to not knowing much about Saturdays opponent Ouazghari only that the Spaniard can bang a bit. But the champion is looking for a big win in style and then hopes new boxing promoter Frank Warren can deliver the goods and secure the world title fight he craves. 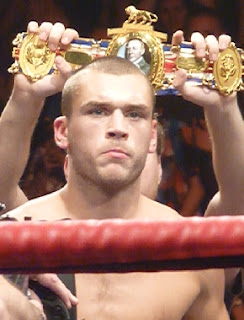 Murray’s York Hall billing has been promoted successfully and the ‘Here’s Johnny’ posters and recent magazine, and newspaper  articles is something Murray welcomes and credits Warren for his rising stock in the public eye.

“But Frank has really upped the ante publicity wise and he’s getting my face out there and I need that if I’m going to go into these big world title fights and the general public need to know who I am. Franks done his job publicity wise, so its just up to me now to deliver in the ring and I’m sure I will do on Saturday.
“”I think Frank Warren has done a fantastic job putting me out there and I think its what I need at this stage of my career after 30 fights no losses.” stated Murray.

Murray is currently ranked number two by the WBC and six by Ring Magazine and says he is looking to put on a devastating performance ahead of a potential world title shot later this year.

He added, “A lot is riding on this fight and I need to put on a top performance to keep the world title shot in line,”

“I’m live on Sky Sports and the York Hall will be packed out so I’m determined to give the fans what they want and that’s action with a knockout ending.”