We take a look into the training camps of Anthony ‘Million Dollar’ Crolla and ‘Dirty’ Derry Mathews as they prepare to face each other on April 21 in a Manchester v Liverpool, Northwest Derby fight for Crolla’s British lightweight title.

It will be Crolla’s second defence of the belt he won by beating Mathews’ fellow Liverpudlian John Watson last year. The Manchester champion will have the luxury in this one of fighting on home turf at at the Oldham Leisure Centre, after campaigning on the road in his last few fights. 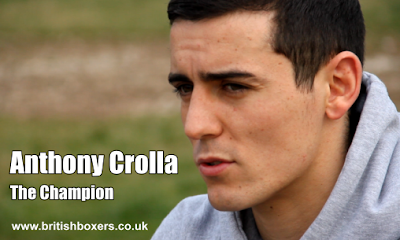 Crolla, 25, is in great condition and his training camp has gone better than ever. He has been beating all his previous best times in coach Joe Gallagher’s competitive monitored gym, road and track sessions and he is determined to hang onto the belt he deeply treasures.

This is the nights you live for in boxing, being in these kind of fights. We’ll both go about the job, get in the best shape we possibly can, both bring our ‘A’ game on the night. We’re both fighting for that Lonsdale belt of mine and we both want to take it home. But I’ll make sure it’s coming home with me.” – Anthony Crolla.

For Mathews, 28, some could say, and have said, he is at the last chance saloon, coming off a loss in January against Emiliano Marsili for the IBO belt, The Liverpool battler knows that this is a gifted opportunity that he must grab if he is to prolong his career at championship level.

An added incentive for Mathews is that he has never fought for a Lonsdale belt, the traditional holy grail for British fighters. He has given the occasion his utmost respect and locked himself away in preparation. He has changed trainer and gone back working with his previous longtime coach Danny Vaughan, after a successful stint working with Oliver Harrison in Manchester. 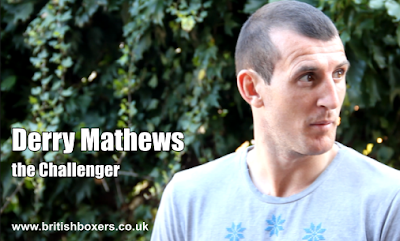 Vaughan lay the ground rules down from the beginning and told Mathews that ‘if he was going to work with him and train him, it would be on his terms and with no outside distractions.’ – So much so the Scottish based coach from Liverpool, took Mathews up to his home, put him in an apartment and began on a training regime that has seen Mathews moulded into the best condition for many years. – A training trip to Lanzarote in between Scotland and Liverpool, tells you, camp Mathews is taking this fight very serious.

I know for a fact that if the right Derry Mathews turns up there is no way Anthony Crolla is gonna live with me. A lot of people might say I don’t know what I’m talking about, saying I’m finished, I’m at the end of my career. But wait until fight night and that bell goes and he’s on his own,  I’m gonna take him places he’s never been before.” – Derry Mathews.


We have had the privilege to spend time in both camps and speak to Crolla and Mathews, plus their respected coaches Joe Gallagher and Danny Vaughan and talk to all parties about the upcoming mouthwatering fight. – This is the video footage we recorded and edited into a trailer and a preview to the fight is a look at the men behind the fighters. The is a preview of the videos we will be uploading in the week of the fight – ‘Inside Camp Crolla’ and ‘Inside Camp Mathews’ – Part of the continued work to our ‘Inside Boxing’ series.
By Chris Maylett
www.britishboxers.co.uk – Inside Boxing Series.
.