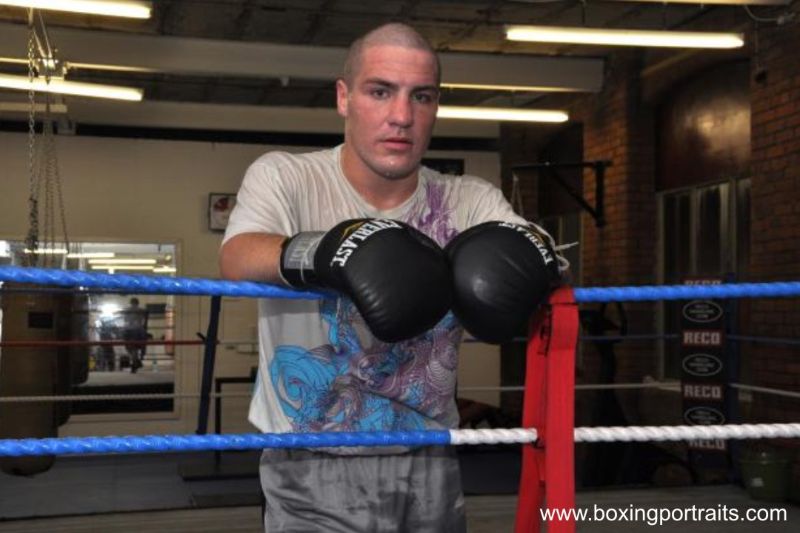 It is a wonder and some might say a miracle that Manchester boxer Matthew Hall is still alive, let alone still fighting and ready for his next fight next Saturday when he takes on Gary O’Sullivan on the undercard of David Haye and Dereck Chisora’s controversial heavyweight tussle at West Ham’s Upton Park on July 14.

Hall will be stepping up to middleweight for the chance to win the vacant WBO International title. He was set to face Jack Culcay but a late switch because of German television times means he will now face the 27-year-old Irishman instead.

It is hard to believe that Hall is still only 28 years old, it seems he has been around forever, after turning professional at 18 after a rake of amateur gongs. He got off to a good unbeaten start to the pro ranks under Brian Hughes at The Collyhurst and Moston Lads Club and given the nickname ‘El Torito’ or ‘the Little Bull’ by Hughes.

A year after making his debut, Hall was viciously stabbed in a fracas in a pub in Langley, a tough council estate in Manchester, the area he is from and where he grew up. Hall had his bowel pierced in the stabbing, lots countless pints of blood and spent 6 weeks in intensive care on a life support machine. 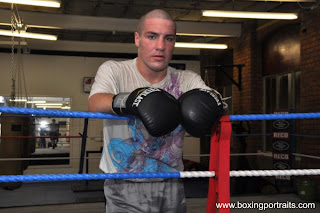 Hall somehow managed to overcome his horrific injuries to make a ring return a year later and get his boxing career on track. But three years after his first brush with death, he was stabbed again in a separate less publicised incident and had his lung punctured. It was not life threatening this time, but was another setback to his life has a boxer.

He recovered enough to resume his ring career, but the injuries he had suffered in both incidents were to have a an effect on his future performances. His first career defeat occurred in 2007 when he was surprisingly stopped in the first round by Martin Concepcion. Hall wasn’t going to let that discourage him after everything he had been through to get his life back on track. He went went 6 fights unbeaten after that loss, including an 8th round stoppage over Kerry Hope before stopping testament to the will, toughness and determination of the Mancunian battler.

Four months after his title win, Hall went in with the British champion Anthony Small with both belts on the line. It was Hall’s biggest night. The fight was on the undercard of Amir Khan’s world title win against Andre Kotelnik at the MEN Arena in Manchester. Hall started the fight brightly causing Small all kinds of problems. By the half way point Hall was winning the fight and on his way to a good win over the highly touted Londoner. But Halls previous set backs out of the ring, had proved to have had a lasting effect on his body and he ran out of steam to the point where he says Small could have pushed him over, when he was finally stopped in the 8th.

After that loss, Hall announced his retirement from boxing, but admits that after just two weeks he was already wondering what he was going to do. Boxing is what he knew best and 10 months later he was back in the ring. ‘I’m was born a fighter, it’s what I know best’ said Hall.

He linked up with a new trainer in Karl Ince for his return to the ring after leaving Brian Hughes for a fresh start with former Preston fighter.

A 3rd round win against Tony Randell, saw Hall get a surprise crack at the vacant European light-middleweight tile against the class Czech Republic boxer Lukas Konecny, after Ryan Rhodes pulled out. Hall had no hesitation stepping in Rhodes place when he was offered the shot at the last minute. Konecny proved what a class fighter he is that night, stopping Hall in the 6th. After the fight El Torito payed tribute to his opponent, saying he is the best boxer he had ever faced. Hall decided he had nothing left to offer boxing and announced his retirement for a second time.

In Hall’s personal life things were now going well, he became a father to two daughters who he says are what made his mind up to box again and in 2011, now being trained by his friend and now coach at his spiritual home of the Collyhurst and Moston gym, Pat Barrett after Brian Hughes had retired. Matthew Hall was back again. But in his first fight back he came unstuck against an average Alexey Ribchev and lost on points over 6 disappointing rounds from Hall, who looked flat and a shadow of the Tyson like fighter who could bang and was always in a good fight and an handful for everyone he faced.

Barrett advised Hall after wards to call it a day and being not only his new trainer, but life long friend, was concerned for him. But Matthew knew that something wasn’t right. He had trained as hard as he always did. He was not over the hill as far as age, being just 27 at the time, the years when a fighter usually hits their peak. Nor had he been in the type of wars that age a boxer.

Hall had had an operation on his nose, which he felt was the reason he had been getting fatigued in fights, but that didn’t entirely solve the problem. Then after tests with an allergist, they found out Hall had been suffering from a fungal infection in his stomach called Candidiasis. He was given medication and put on a strict diet by specialists and the results were instant.

Hall feels he has now got to the bottom of the problems that were effecting him in fights. He is humble enough to suggest that maybe he might have been beaten in them anyway, even if he was feeling well, but says he wasn’t doing himself any favors sometimes going into fights just 50%.

Though coach Pat Barrett was reluctant to see Hall go back in the ring, the fighter was adamant he wanted to fight again, knowing that he had more to give. After an heart to heart with Barrett, Hall went to train with another product of the Collyhurst and Moston, Anthony Farnell, who now a successful trainer himself, had a gym a mile up Oldham road. Their journey into the twilight years of Hall’s career was instant and successful, when just three weeks after losing to Ribchev he was offered a British Light Middleweight Title Eliminator against Paisley’s Kris Carslaw last year. Fighting Carslaw in his home town, Hall looked like a new fighter. He was strong and finally looked to have overcome the problem that was hindering him in past fights. Hall boxed great that night in Scotland and rolled back the years with a stellar performance against Carslaw to win a unanimous decision over 10 rounds.

That win lead Hall onto a final British title eliminator against former champion Sam Webb in April this year. It turned out to be very good fight, both were evenly matched. Webb went onto win a 12 round split decision. It was a close fight and objective, with some believing that against all the odds, Hall had done enough to win, Hall himself felt he deserved to have his hand raised. The loss didn’t discourage him, it in fact made Hall realise he could now go the distance in fights and remain strong since overcoming his nose and stomach problems. Feeling like he had at the start of his career, there was no talk of retirement this time infact the Webb fight has made him more determined to fight on to realise his dream of fighting for the British title. Webb will challenge Lonsdale belt holder Brian Rose this year and Hall as hopes of facing the winner.

First on that comeback path for the rejuvenated Middleton man is unbeaten Irishman Gary O’ Sullivan. A fight on the undercard of the controversial David Haye and Dereck Chisora fight at West Ham’s Upton Park ground on July 14 in London. The fight will be for the vacant WBO International middleweight title, meaning Hall will be stepping up in weight to face the talented Cork fighter.

A professional now for 10 years, Matthew Hall has had to overcome many setbacks in and out of the ring, but the man once regarded as one of the most exciting prospects in Britain this fight offers another beginning and a chance to prove his critics wrong and prove to himself that after coming out of retirement twice, he made the right decision. Hall says fighting is what he was born to do and what he does best, and he hopes that by boxing on he can secure his and his family’s future and accomplish the dreams he started with when turned pro in 2002. Hall has been written off before, dare anyone do it again.

We visited Matthew at Arnie’s gym this week to speak to him about his career and the ups and downs he has been through and he speaks openly about his career, the setbacks and the future. Hall also speaks about the fight on the Upton Park bill promoted by Frank Warren and his thoughts on taking part on a bill and the threats by the BBBofC who threatened to revoke anyones license who took part on the show.

Watch the full interview with Matthew Hall on the video above.