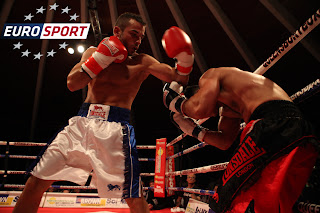 It has been described as a new era for British boxing and the UK’s most exciting boxing competition by the duo behind the Queensbury Boxing League, and after another sell-out show on June 30th which airs on British Eurosport this Monday evening, July 16th at 9:30pm on channel 410 on Sky.
It appears there may be some real substance behind these claims as the promotional outfit headed up by former English Welterweight champion Ross Minter and promotions director Alan Foley continue to establish their boxing platform as a credible addition to the countries boxing scene.

Launched back in 2011 as an exciting new addition to the UK’s boxing landscape offering boxers outside the jurisdiction of the established amateur and professional ranks an opportunity to compete in a league based format which is dived into nine weight categories and five skill categories, the show has rapidly developed attracting the services of many top level amateur exponents plus several ex professionals as well, and with the league’s 2012 season being covered by British Eurosport and also screened across Asia on prestigious sports network ASN (All Sports Network), its hard not to see the attraction for boxers wanting to compete in the competition and showcase themselves to such a massive potential audience.

From the outset the league has not been without its detractors, with many in the boxing establishment suspicious of this new governing body and its implications on the sport, but it seems many of the sceptics have been converted after seeing what the league has continued to achieve and Foley believes that it’s last event World’s Collide will once again enhance the league’s reputation and confirm it as a major platform for boxing in this country.

Foley said, “I think this event out of all of the shows we have promoted really showcased everything that is great about the Queensbury Boxing League and also the sport of boxing. 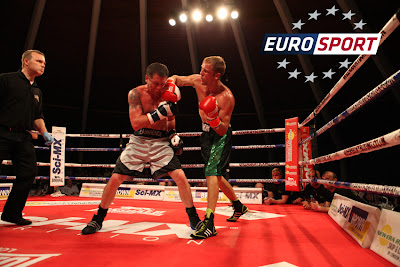 From the casual fans to the boxing aficionados, everyone who came to the event went away buzzing from the show, and the main thing for us is promoting entertaining contests that starts getting new fans involved in the sport. From the interest we are generating we must be doing something right as we are now attracting some serious talent to the shows and I can only see the league getting better and better as it offers boxing fans something really special.
The hour-long show on Tuesday night will feature the two headline title contests that took place on the night featuring reigning Queensbury British Middleweight champion Gareth Gardner against challenger Viktor Voros and British Light Middleweight champion Aaron Lowery who faced previous champion Dan Lawrence, plus the explosive debuts of Lightweights Tony Clemmey and Craig Hardy.
The show will be available to Sky customers on channel 411 and for Virgin media subscribers on channel 525.
www.queensburyboxing.co.uk – for more information on the league