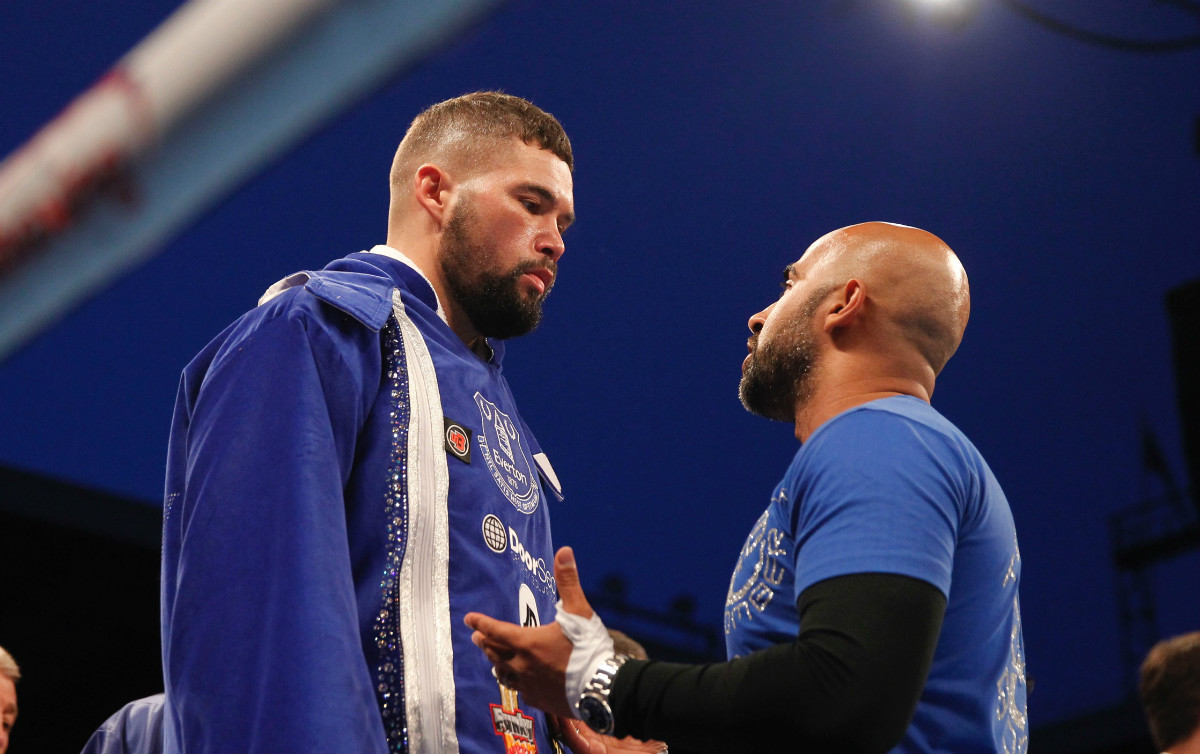 Tony Bellew makes the maiden defence of his beloved WBC Cruiserweight strap on October 15th against American veteran, BJ Flores, at the Liverpool Echo Arena. Bellew, who won the title with a stunning 3rd round KO of African danger man, Ilungu Makabu, back in May is back in the gym under the studious eye of mentor, Dave Coldwell, and the Sheffield trainer is doing his utmost to ensure that the belt stays in Liverpool.

“A lot of people are calling this a its routine defence for Tony but I’m not the type of trainer that allows complacency so we’ll be preparing for this as hard as we prepared for the likes of Nathan Cleverly, Mateusz Masternak and Ilungu Makabu.” said Coldwell.

“The road to becoming WBC champion is one that has had its fair share of dramas so for us to take anyone lightly would be ridiculous and unprofessional. Flores comes as a hungry challenger, a position that Bellew knows well, so he’ll be able to relate just how bad that Flores will want the victory. We’ve got to ensure that this fight has our full attention and I can guarantee you that Flores has our full respect.”

The 37 year old Flores is an experienced campaigner enduring only two reversals against Danny Green in 2010 and Beibut Shumenov five years later.  A shot at Bellew’s world title is likely to be his last shot at obtaining world champion status and Coldwell believes that will give the Californian that extra ounce of determination.

“If he loses to Tony then where does he have to go? This is his final chance to become a world champion and have the opportunities to fight for more titles and dream of even bigger fights but Tony also possesses those wishes. The Makabu victory has put Tony on the map and he’s desperate to remain in the spotlight and be a part of the sport’s biggest nights. If he slips up against Flores then it’ll be a long way back and that’s why I’m telling you that well be in the mood for victory on October 15th.”