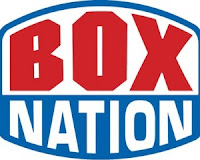 BoxNation
(Sky Ch. 437/Virgin Ch. 546) kicks off its second season with a
sensational line-up featuring the best domestic and international action
all live and exclusive on the Undisputed Home of TV Boxing.

To the end of October, the action-packed schedule sees a staggering 12 world title fights – which is unrivaled on any other TV channel – with even more fights to be added.

A date will shortly be announced for one of Britain’s most exciting fighter’s Nathan Cleverly who returns to his home city of Cardiff in October to defend his WBO World Light-Heavyweight title.

BoxNation
is the ONLY place to watch all the action live and exclusive and with
further shows to be announced, it’s a fight fans’ dream.  Join now at
www.boxnation.com