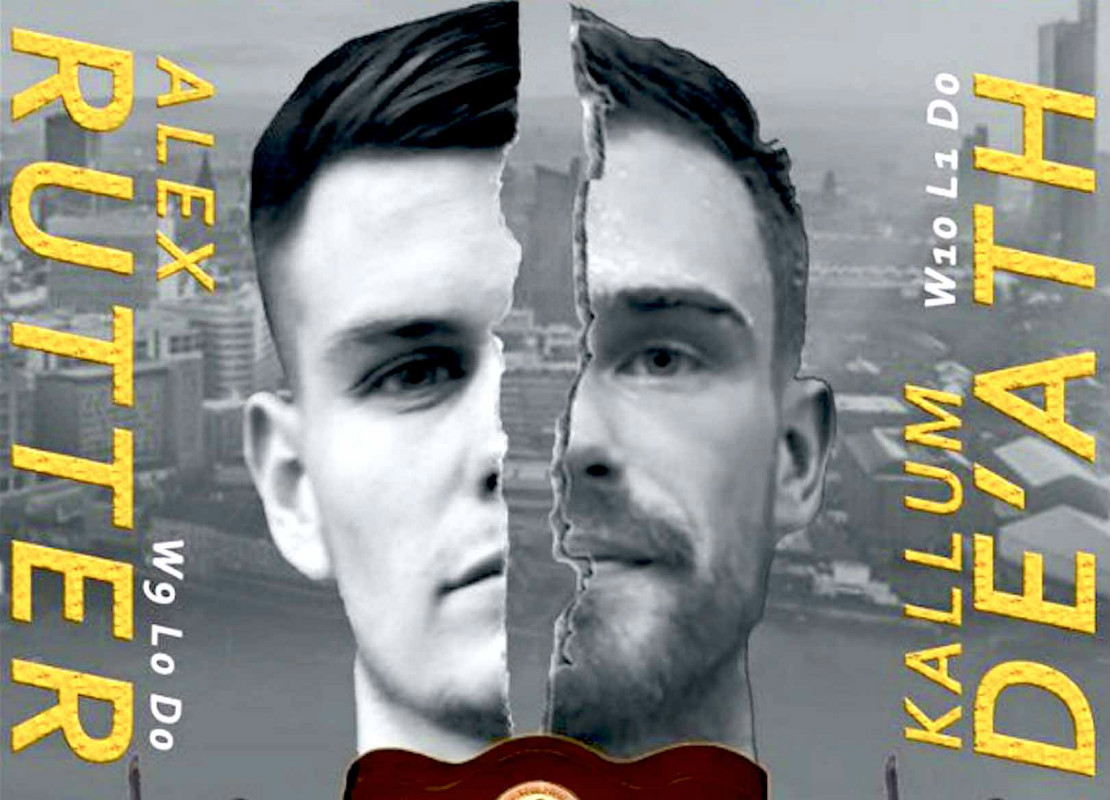 There was to be another highly anticipated Mancunian derby in the city a week after Man Utd and Man City face off next Saturday. Local fighters Alex Rutter and Kallum De’Ath were to clash for the super-featherweight Central Area Title at the Victoria Warehouse in Old Trafford, Manchester on September 17, but a neck injury sustained by DeAth in camp has put paid to the contest after he pulled out last night.

It is a second blow for Rutter after his original opponent Michael Gomez Jnr pulled out a few weeks back. De’Ath was offered the fight, and with the local area belt on the line took it.

The pairing had got Manchester fans upbeat and lots of tickets were snapped up, it was a good 50/50 matchup and a good trade fight between two rising prospects. For Pat Barrett the coach of Rutter, 23, (9-0) at the Collyhurst and Moston Boxing Club it was to be his boxers coming out night and on hearing the news he spoke to to www.britishboxers.co.uk.

“I feel for Alex and it wasn’t a nice thing having to break the news to him,” said Barrett.

“To be fair, initially he was shocked, but after we spoke for a while about everything he is ok and is just hoping he can still get to appear on the card against another good opponent.

“He realises better than most the ups and downs of boxing and fights being cancelled at the last minute and change of opponents on the day-its happened to him a few times. So he will reset and be ready to take on whoever is put in front of him on September 17 and deal with the situation professionally.”

Asked what he knew about the injury to DeAth and when he heard about it, Barrett continued. “I got the call last night to say he had injured his neck training and has pulled out, that’s all I know.

“The fight is still two weeks away, I don’t know how bad it is. I mean we haven’t seen any medical advice that he has been declared unfit to box, or that he has been advised against it, so I presume it is DeAth who has made the decision to pull out. It is very disappointing, but thats boxing.

“All the hard graft and everything he has put into this camp is meat on the bone, and will stand him in good stead. The mental battles in boxing will always be there too and I know Alex is strong enough to deal with it. Alex has had the shit end of the stick a few times now in his short career, but believe me when I say the best is yet to come. You can’t hold a good man back.”

De’Ath, 27, (10-1) who trains alongside current world lightweight champion Terry ‘Turbo’ Flanagan and is coached by Steve Maylett at the Finest Gym, first felt the injury after a strength and conditioning workout as he prepared for the fight. Maylett explained to British Boxers.

“Because the fight was a 10 rounder, we had been working on strength training and Callum had been lifting more weights than he usually does. He first felt it go on Sunday after a weights session and called me to say it was causing him pain.

“We had sparring booked in for Tuesday so he rested it Monday and thought it maybe Okay by the Tuesday. But when he began sparring it was evident it had got worse, he lasted a round in sparring and had to stop because he couldn’t throw his shots properly.

“We booked him in with a physio, he has had massages to the area and he also had acupuncture on it-anything we could do to try and get him right didn’t work. The physio recommended he had an x-ray on it. When we heard that and realised nothing was going to be a quick fix, we made the decision to pull him out. If he can’t train for a week or so then that would not be good preparation going into the biggest fight of his career. He can come again.

“Kallum is gutted, he has trained better and harder than ever before. He has been focussed and knew this was a break out fight for him and he was confident of winning. He had done better than ever with tickets and feels bad having to let all his fans down. It really is a blow for him but he will be back and hopefully the fight can be made again in the future.

“I feel for Alex, he is a good kid and we wish him all the best. It’s a shame this has happened and I hope he can get another opponent sorted and still fight on the show for the belt. It is disappointing all round, but these things happen in boxing.” added Maylett.

Any updates on an opponent for Alex Rutter will be right here on British Boxers. 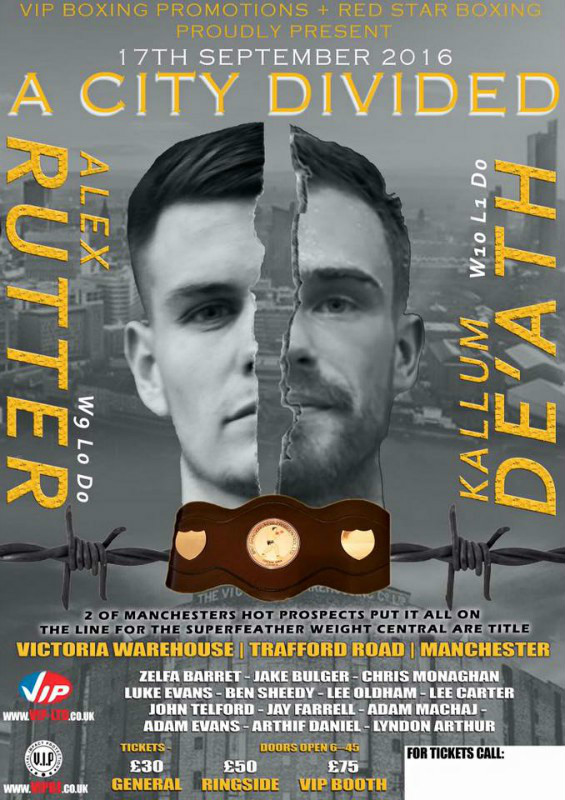