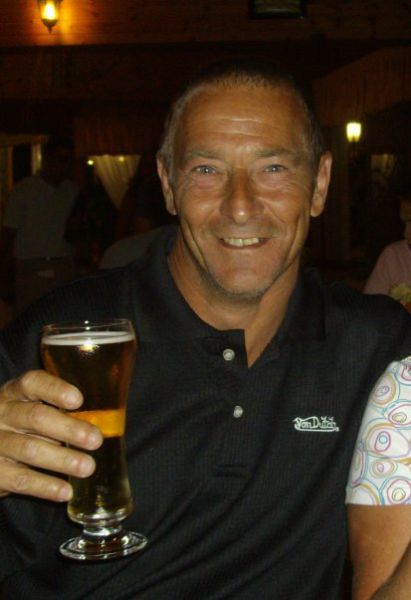 A fundraiser day is being held for Andrew Millwall WWBPL founder at Jon Pegg and Richie Woodhall’s Gym, The Midlands Boxing Academy, Bromsgrove Street in Birmingham on Tuesday December 4.
Andrew is currently under going treatment for cancer, and this fundraiser is to help him and his family.
Andrew Millwall set up the Worldwide Weekly Boxing Predictions League as a place where the fans could compete and converse with professional and ex-professional boxers, selecting their winners each week from certain fights.
It has proved very successful and everyone plays for free and the winners get prizes such as signed memorabilia.
Andrew has made sure he has kept strict control within the group to ensure that it is a friendly,loving group where all support each other and no one gets hassled by the ‘internet idiots/keyboard warriors’ that are so often found on all boxing pages.

The League group has now developed into a very large, caring community online, which consists of over 7,500 members including about 200 professional boxers (many current champions) from all around the globe, that all members regularly show their support for and chat to online.

There is very little that Andrew doesn’t cater for including everyone’s birthdays, marriages, anniversaries, announcements etc. and making sure that every person in the group feels welcome to chat at anytime.
The WWBPL has become well recognised around the world with Andrew being invited to many shows and meeting boxers, promoters and numerous members in person, as well as being the largest and most competitive boxing predictions league in the world.
Inside look at the Worldwide Weekly Boxing Prediction League
Sadly in April, Andrew was diagnosed with Small Cell Lung Cancer which in his case is incurable and inoperable, and he was given only two weeks to live unless he started immediate chemotherapy treatment. Satisfyingly he has completed the chemotherapy and has since had an intensive 2 week course of Radiotherapy,which he is currently recovering from. Results of the progress of his disease will be discussed in early November.

Jane Couch MBE who has worked alongside Andrew on many things in the last two years insisted on organising a Fundraiser for Andrew, knowing that he is popular amongst many in the boxing community for the hard work he also does helping many of the boxers and promoters to publicise shows, ticket sales and anything else required, spending up to 20 hours a day free of charge to try and help all.

Many Boxing celebrities and Sports celebrities will be attending the event to show their support to Andrew. This will be a great chance to meet them, have a chat and get some great advice from the best in the business. Also on offer will be photo opportunities, signed memorabilia, raffle, auction, pad sessions, training sessions and loads more.